The Cabinet Room is a classroom full of contemporary art, placed in curiosity cabinets in-between compartments made for students to sit in. The room still seats 41 students, and is a classroom upgraded to increase the quality of our learning environments. 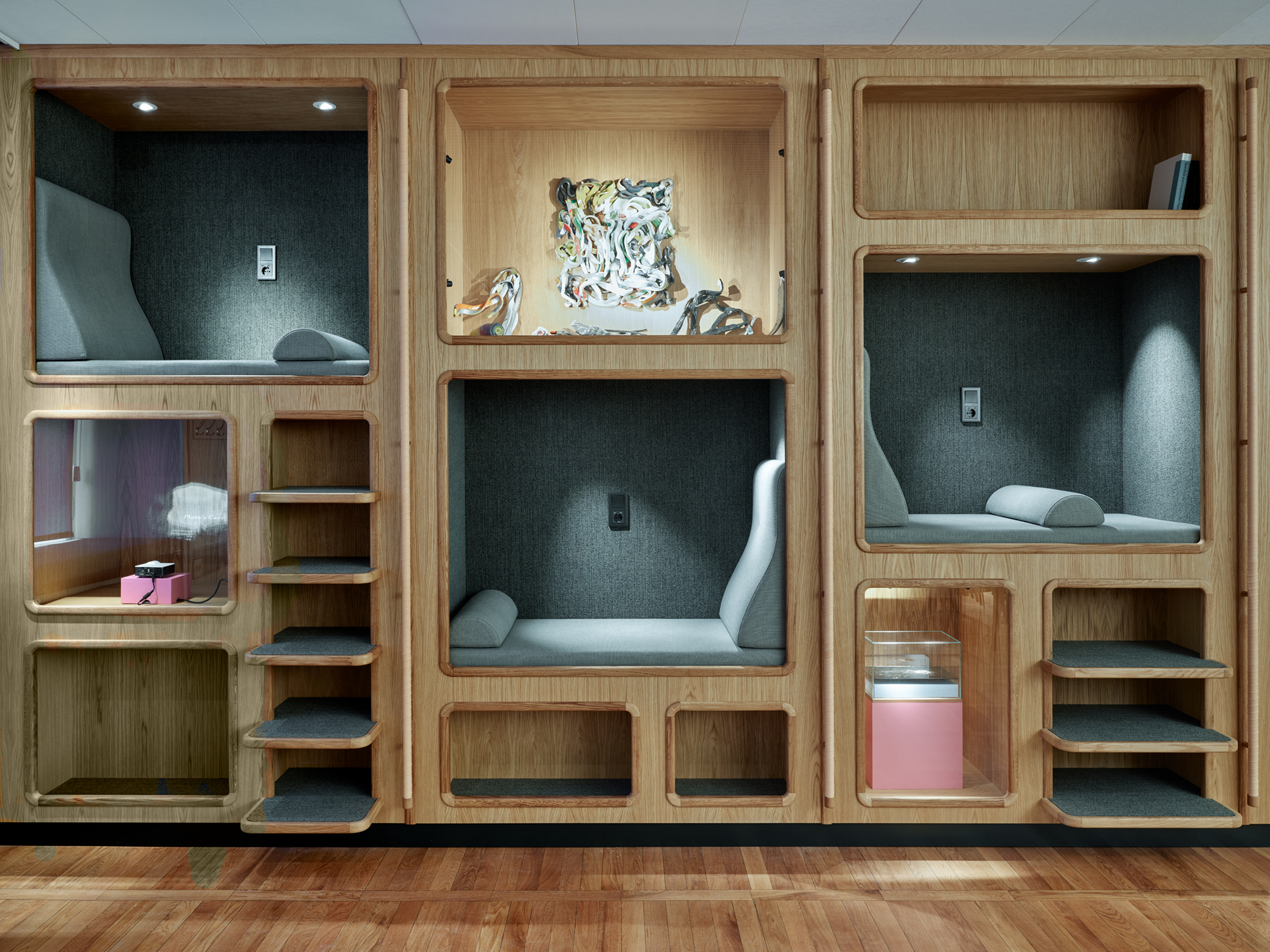 In the picture, from left: Plato´s cave (2019) by Samson Kambalu, Cabinet of Process (2020) by Matthias van Arkel and Curiosity Cabinet (boron 10 mg): You, me, rock, mountain-commodities of the quantified universe (Impact Crater) (2019) by Hanna Ljungh.

The Cabinet Room was made possible thanks to a donation and the engagement of SSE alumn Staffan Olsson.

The Cabinet Room: a magnifying glass that we can use to study ourselves and the world

The 17th century was undeniably the golden age of the curiosity cabinet. In Europe’s aristocracy, everyone wanted to build their own collection of amazing things. Vials of dragon blood, saints’ skulls and preserved animals were mixed with antique coins and artefacts. The purpose of such a wunderkammer was as much magical theater as scientific education.

When Gustav II Adolf "liberated" Augsburg in 1632, he received Sweden's most world-famous curiosity cabinet as a gift from the city. With this Augsburg art cabinet came over a thousand objects, but also a carpenter whose task it was to take care of the piece of furniture. When the donated carpenter died, Uppsala University received custody of the cabinet and since then it can be admired at Gustavianum.

With the 19th century came the decline of the curiosity cabinet. Enlightened science catalogued the world while those who sought excitement found it in the living abnormalities of circuses and variety shows. Many of the old collections were scattered and forgotten.

But when André Breton published the first surrealist manifesto in 1924, the trend seemed to turn. "Only the fantastic is beautiful," he wrote as he single-mindedly built "The Wall," his own famous curiosity cabinet, now housed at the Center Pompidou.

Now one could suspect that TV and the internet would deal an even harder blow to the curiosity cabinet than the freak circus ever did. But no. In the streaming industry, we have seen Damien Hirst pickle whole sharks in formalin, wallpaper skulls with diamonds and build a full-fledged cabinet at Paris’ great taxidermist Deyrolle. Not to mention Maurizio Cattelan, who hung his entire life's work in a floating wunderkammer under the roof of the Guggenheim, with stuffed horses and all.

So what are we seeing? A post-truth world that longs for the time before the Enlightenment? Or just a natural reaction to the most anemic formalism in art? In that case, the curiosity cabinet is part of art's path back to the narrative. A gaze directed away from the arranged surface, straight down into the depths of "the fantastic". And then our own wunderkammer is far more than so-called artistic decoration. It is a magnifying glass that we can use to study ourselves and the world. A variety show for intellectual curiosity. And what could suit a house of research and learning better. 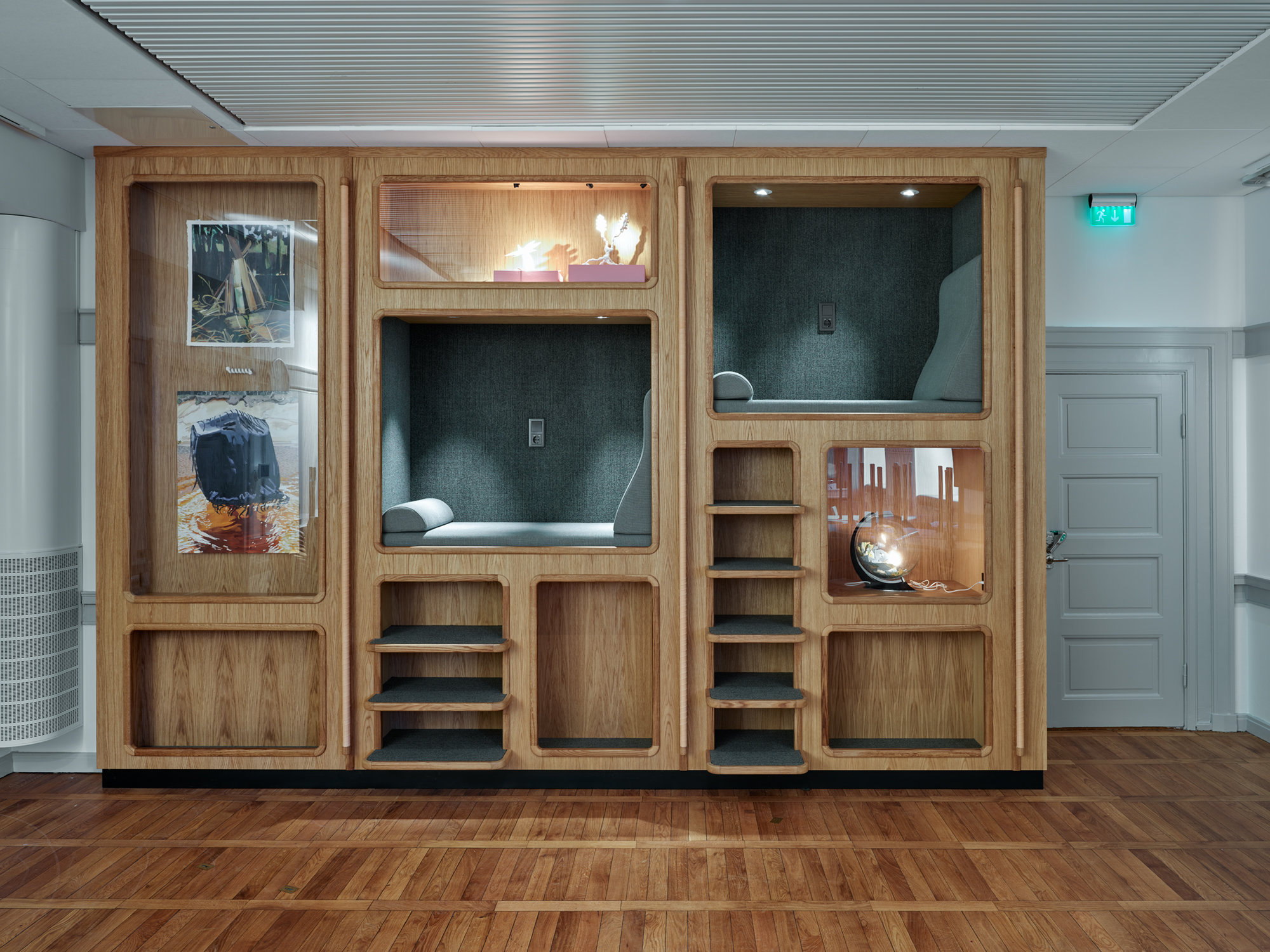 "Our wunderkammer is far more than so-called artistic decoration. It is a magnifying glass that we can use to study ourselves and the world. A variety show for intellectual curiosity."