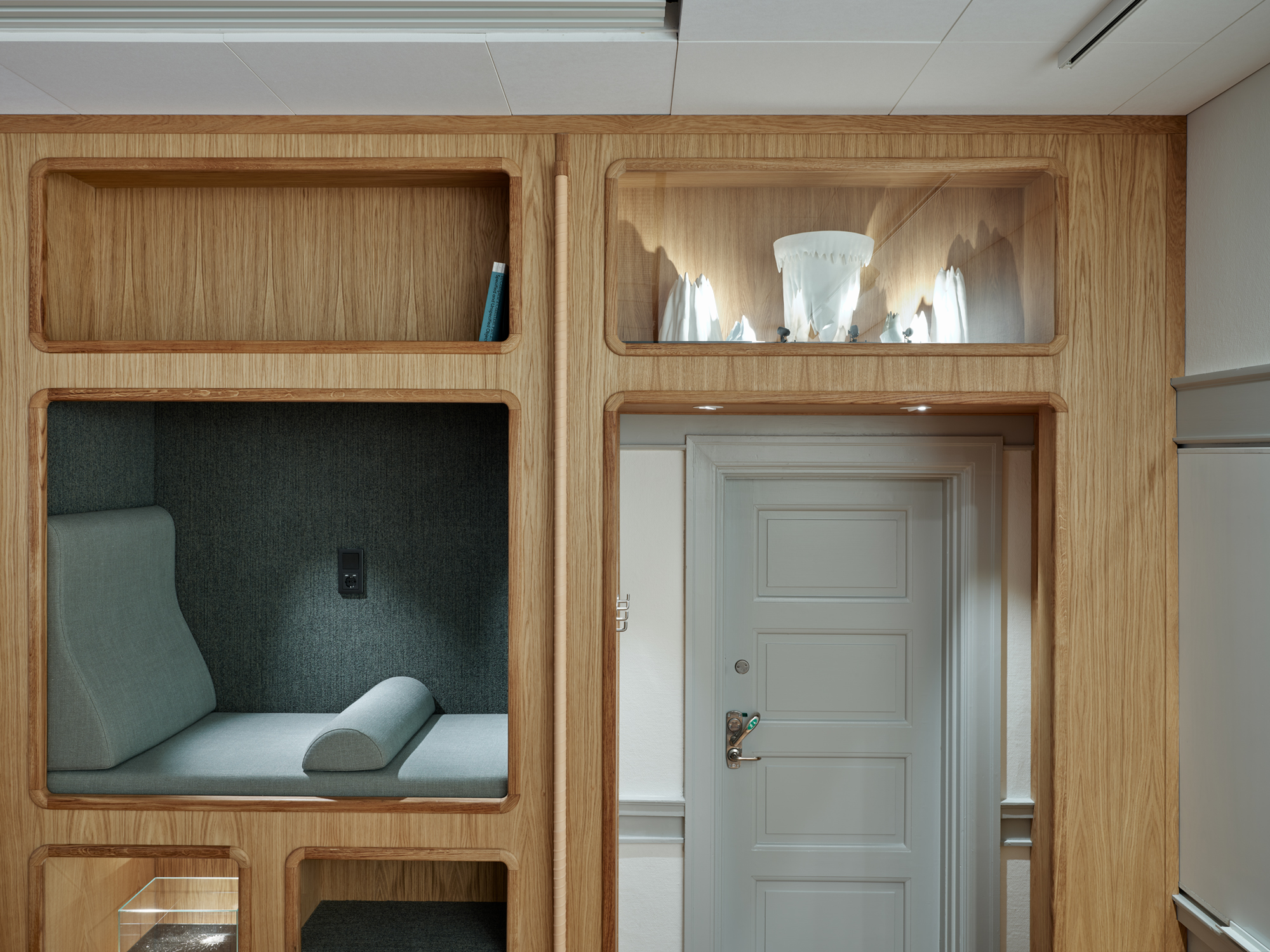 Beardrops, six sculptures by Gustaf Nordenskiöld, 2009, in the Cabinet Room.

Beardrops deals with the idea of creating landscape formations by using the forces of nature as a tool and maker. The concept is to make objects that may have a distinct function, such as tables, hangers, shelves and candlesticks, but with a form that makes you question the way it is to be used. Important is to capture the expression of naturalistic randomness that lies in the process. The aim is to find the stage between beauty and grotesque to create strongly built objects with a distinct body, in a mixture of manmade culture and the wilderness. A land making process that leaves traces of ancient nature and reminiscences of a forgotten culture. Beardrops from the cave into your home.