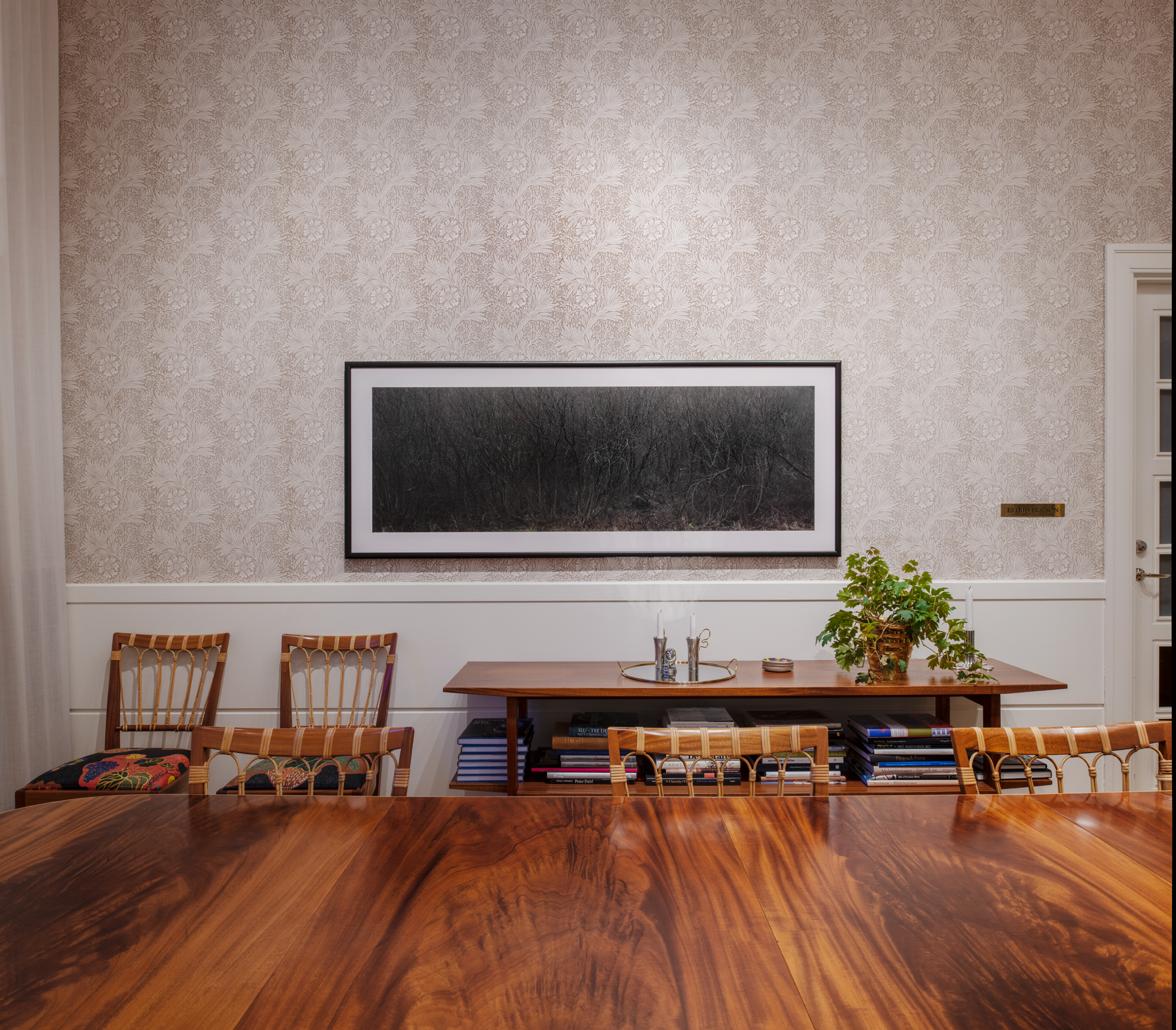 Avsked was part of Lars Nilsson´s exhibition Ruiner (Ruins) at the Stockholm gallery Milliken in 2009. The artwork is an interpretation of the book The road by Cormac McCarthy (2006), that Lars Nilsson read when working with the exhibition. The book is a post-apocalyphtic novel about a father and his young son walking alone through an America blasted by an unspecified cataclysm that has destroyed industrial civilization and almost all life.

Here is an extract from the book, from the first pages, given to us by Lars Nilsson.

"When he woke in the woods in the dark and the cold of the night he´d reach out to touch the child sleeping beside him. Nights dark beyond darkness and the days more grey each one than what had gone before. Like the onset of some cold glaucoma dimming away the world. His hand rose and fell softly with eachprecious breath. He pushed away the plastic tarpaulin and raised himself in the stinking robes and blankets and looked toward the east for any light but there was none. In the dream from which he´d wakened he had wandered in a cave where the child led him by the hand. Their light playing over the wet flowstone walls.Like pilgrims in a fable swallowed up and lost among the inward parts of some granitic beast. Deep stone flues where the water dripped and sang. Tolling in the silence the minutes of the earth and the hours and the days of it and the years without cease. Until they stood in a great stone room where lay a black and ancient lake. And on the far shore a creature that raised its drippingmouth from the rimstone pool and stared into the light with eyes dead white and sightless as the eggs of spiders. It swung its head low over the water as if to take the scent of what it could not see. Crouching there pale and naked and translucent, its alabaster bones cast up in shadow on the rocks behind it. Its bowels, its beating heart. The brain that pulsed in a dull glass bell. It swung its head from side to side and then gave out a low moan and turned and lurched away and loped soundlessly into the dark.

With the first grey light he rose and left the boy sleeping and walked out to the road and squatted and studied the country to the south. Barren, silent, godless. He hadnt kept a calendar for years. They were moving south. There´d be no surviving antoher winter here.

When it was light enough to use the binoculars he glassed the valley below. Everything paling away into the murk. The soft ash blowing in loose swirls over the blacktop. He studied what he could see. The segments of road down there among the dead trees. Looking for anything of color. Any movement. Any trace of standing smoke. He lowered the glasses and pulled down the cotton mask from his face and wiped his nose on the back of the back of his wrist and then glassed the country again. Then he just sat there holding the binoculars and watching the ashes daylight congeal over the land. He knew only that the child was his warrant. He said: If he is not the word of God God never spoke."