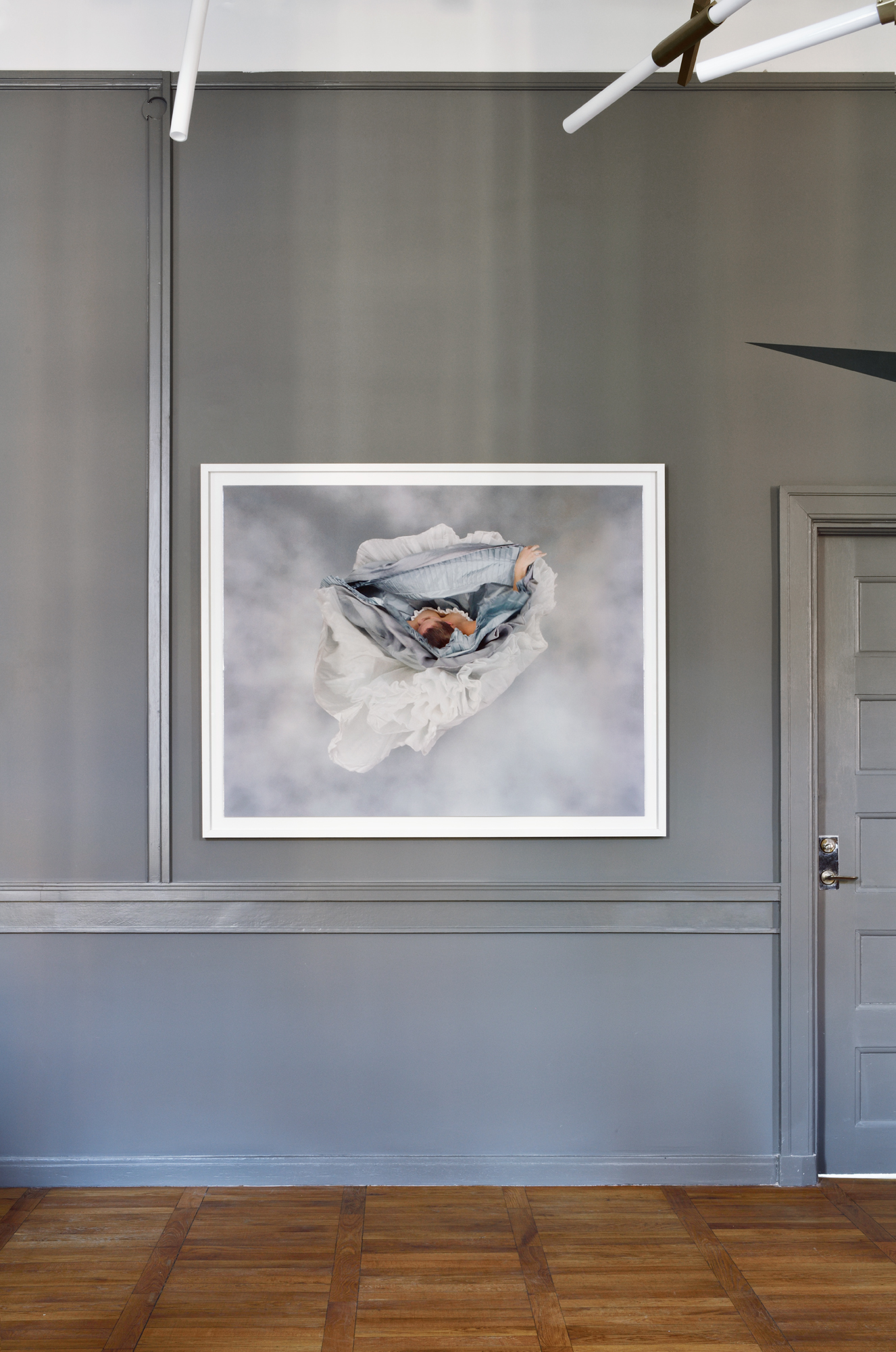 Charlotte Gyllenhammar’s photograph Whiz explores new surprising perspectives of otherwise taken-for-granted realities. Gyllenhammar turns the world upside down. The upside down universe has fascinated Gyllenhammar ever since she, in 1993, suspended a gigantic oak upside down on Drottninggatan in central Stockholm.

In the Whiz, the woman is both revealed and concealed, since the photo is taken of the hanging woman from below. She is shown and protected at the same time, said Gyllenhammar at the inaugruation at the school.

Theorizing and analytical thinking require us to do exactly that: turn the taken-for-granted on its head. We are urged to pose the question: what if things were the other way around? Is the dependent variable, in fact, the independent one? What is hidden in what we regard as face value? When we use different tools, completely new realities are activated. This is what many researchers do: they apply tools to empirical material in order to discern something else.

The Whiz hangs in The Heckscher-Ohlin Room, a room that reflects upon the relationship of Economics and Economic history to Art and Creativity. The room contains site-specific commissions by Jens Fänge and Bella Rune and artworks by Charlotte Gyllenhammar, Christian-Pontus Andersson and Fritiof Schüldt.

More about the Heckscher-Ohlin Room here.