Dear Jesus, Do something!

The benign apocalypse, could it exist? Though it might sound ridiculous, this question as well as others similarly related, arise in the face of the artistic oeuvre of Johan Bergström Hyldahl. From his earliest works, themed around history’s great economic theories and systematic re-structuring of the world, there has always been a streak of reimagination in his works. His world seems to be in constant breakdown and at the same time ready to reinvent itself.

In the exhibition Dear Jesus, Do something!, named after his latest film and located in the atrium of the Stockholm School of Economics, the theme again centers around the apocalypse. The work is shown inside the architectural work The Giant Socle by architects Aron Fidjeland and Axel Wolgers. 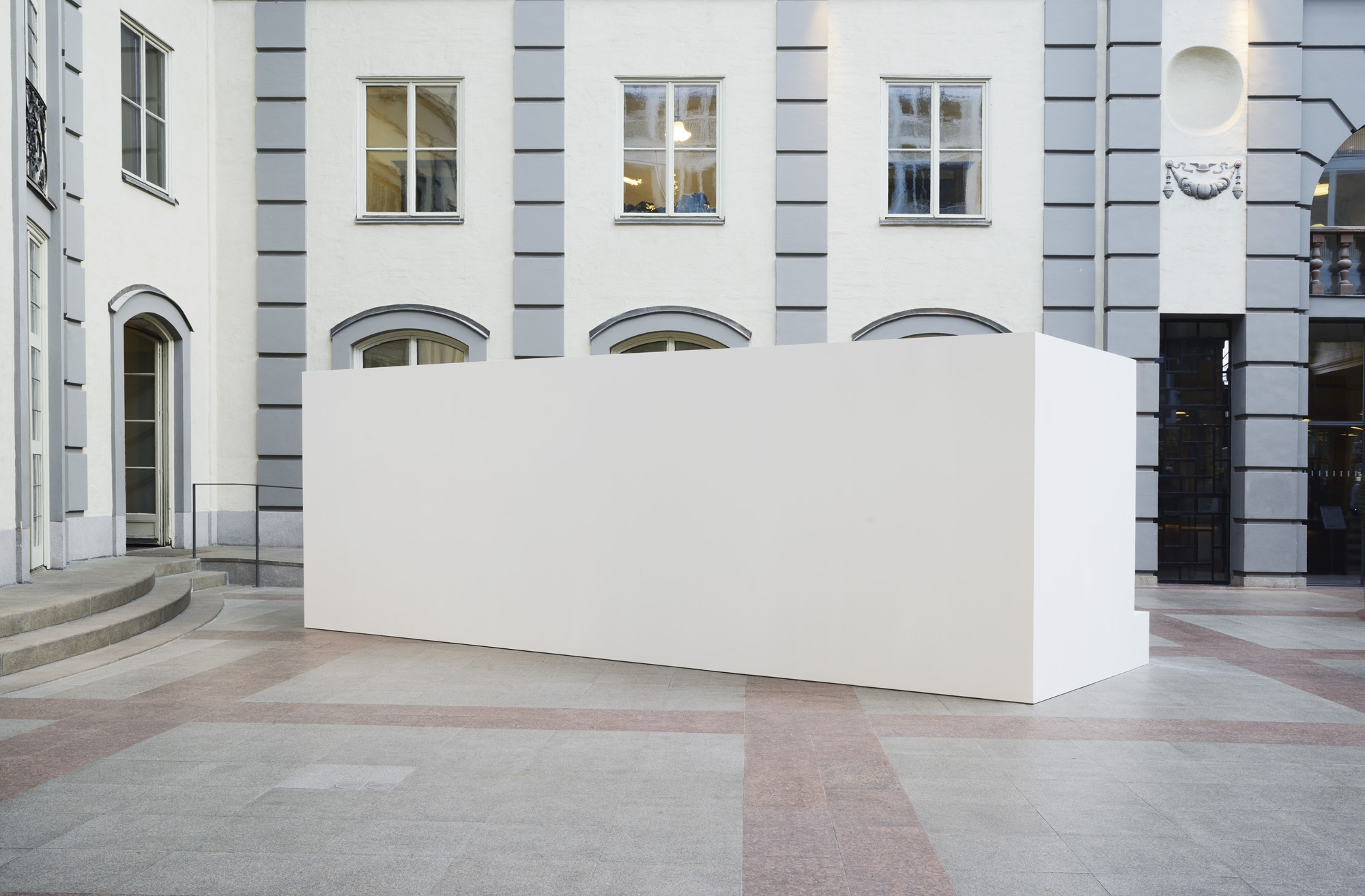 Dear Jesus Do something! is a strange parody of the cold war era, complete with apocalyptic fear mongering, a utopian moon discoverer and the strange interaction between business and visionary science. The protagonist Jasper, an ambitious, but inept astronaut, reveals his idea of the state of things: “I see my trip to the moon as a journey home. The beginning of the rest of my life”. The complete transformation of his worldview is imminent; he hopes to discover a brave new world. But when we shortly thereafter see his uncanny journey across the moon, no giggles or applause are heard. Instead his voyage seems to end when he suddenly faces a circle of post-industrial debris on the surface of the moon. The new world actually turned out to be the rear of our old one. 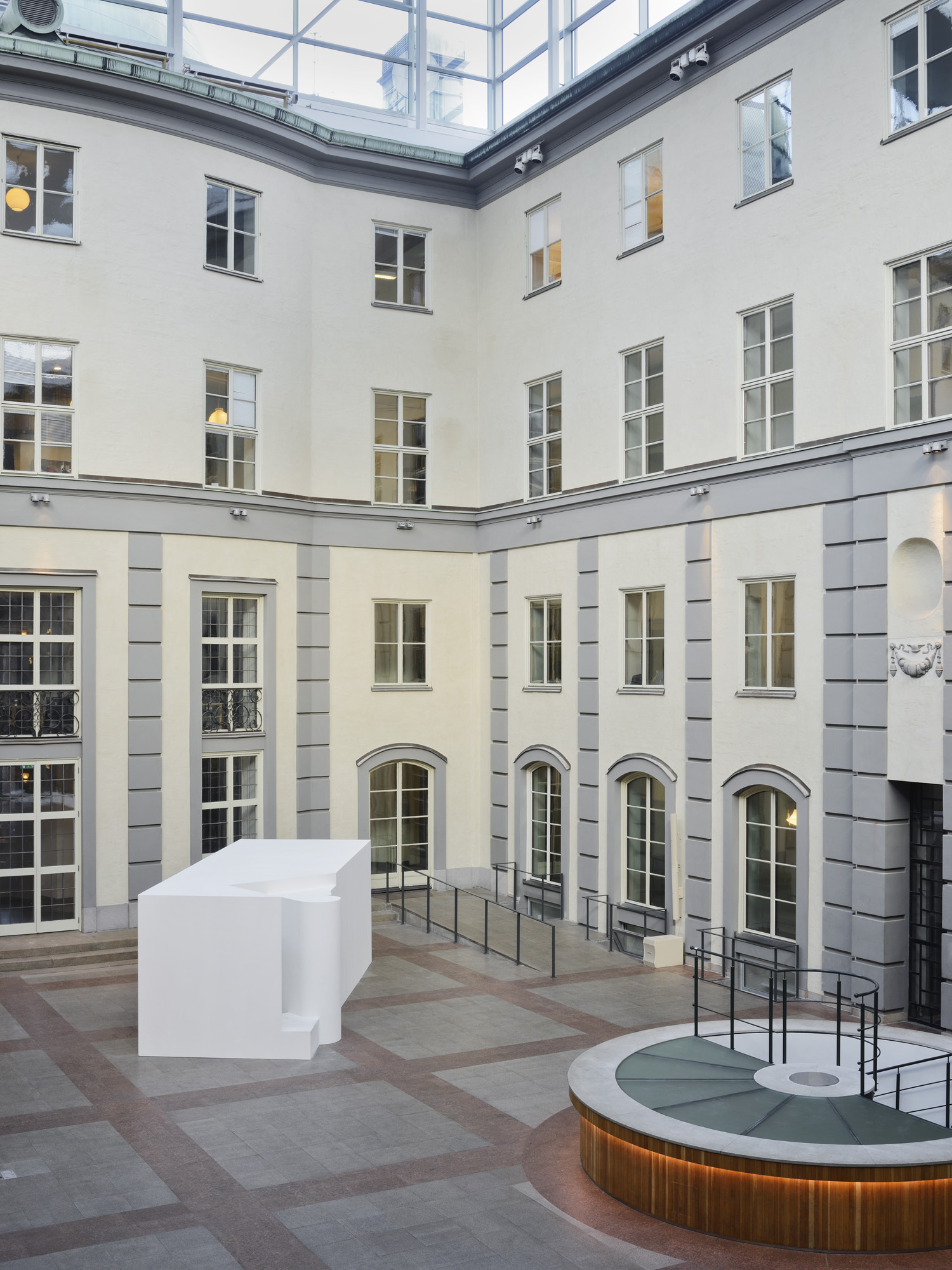 The surrounding structure of the exhibition, made by architects Fidjeland and Wolgers, have a similar effect on the viewer as the film. Here, they have flipped the conventional scale of the art gallery and enlarged certain forms while turning others inside out. The feeling of liquidity and transformation is felt the moment you walk onto the first step of the structure. The room feels odd and uncomfortable; perhaps because it is an intermediary, at the same time something familiar and unknown.

After the Second World War, psychiatrist Robert Jay Lifton discovered how the destruction of Hiroshima had spurred a diagnose among certain Japanese survivors that he labeled “nuclearism” – a deification of nuclear weapons to the point of viewing them as a source of security and even salvation. Just like the underpinning idea of political revolution, a destructive force can be turned to a constructive reimagination of the old world – you must destroy the world in order to save it. In the exhibition Dear Jesus Do something! we similarly find ourselves emerged in a world of ‘creative destruction’, using the old adage of capitalism. This fictitious world seems so busy trying to salvage itself, that no one realizes that apocalypse is the one constant of all human progress.

This exhibition was curated by Isak Nilson, Art Initiative 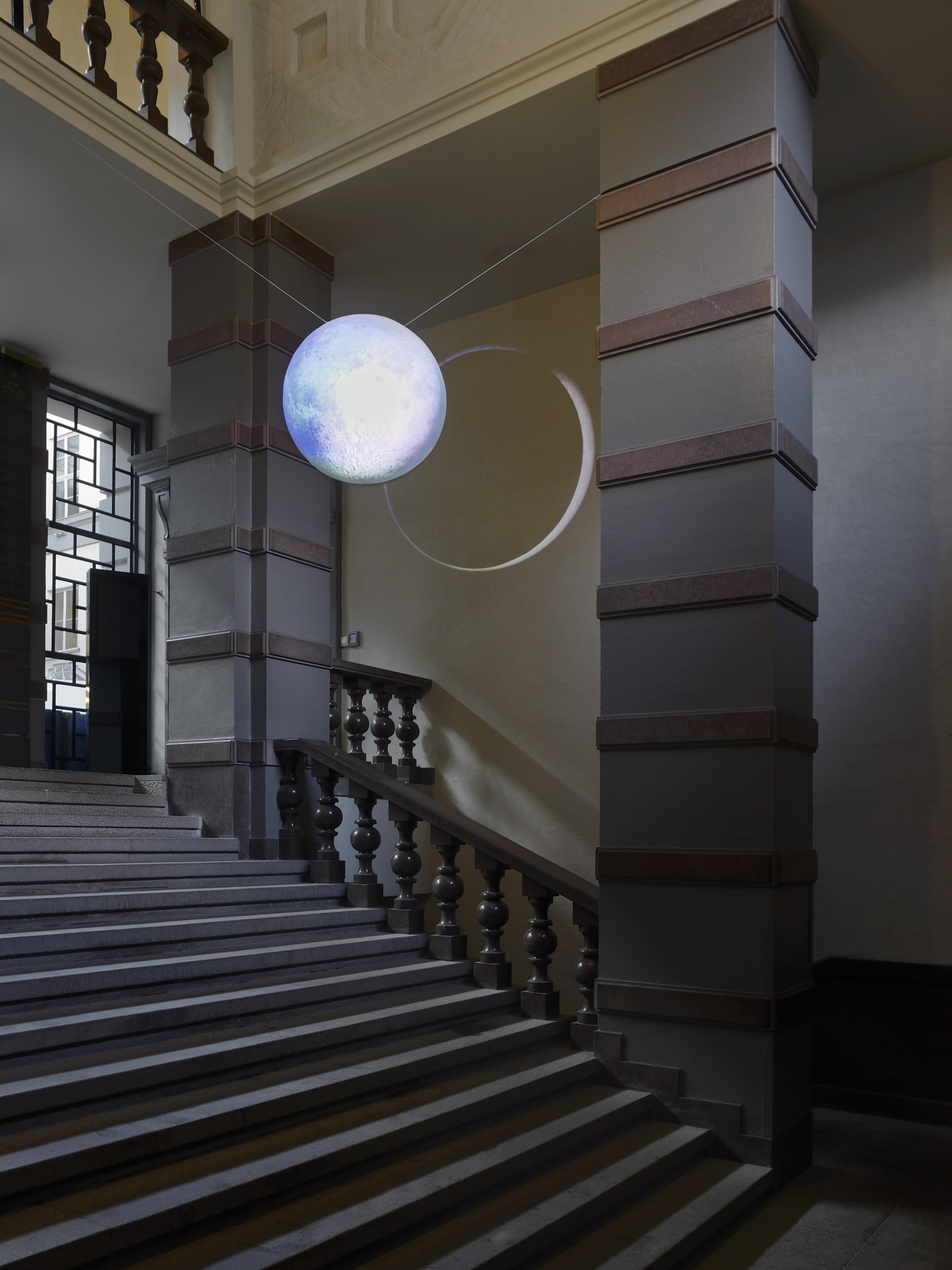