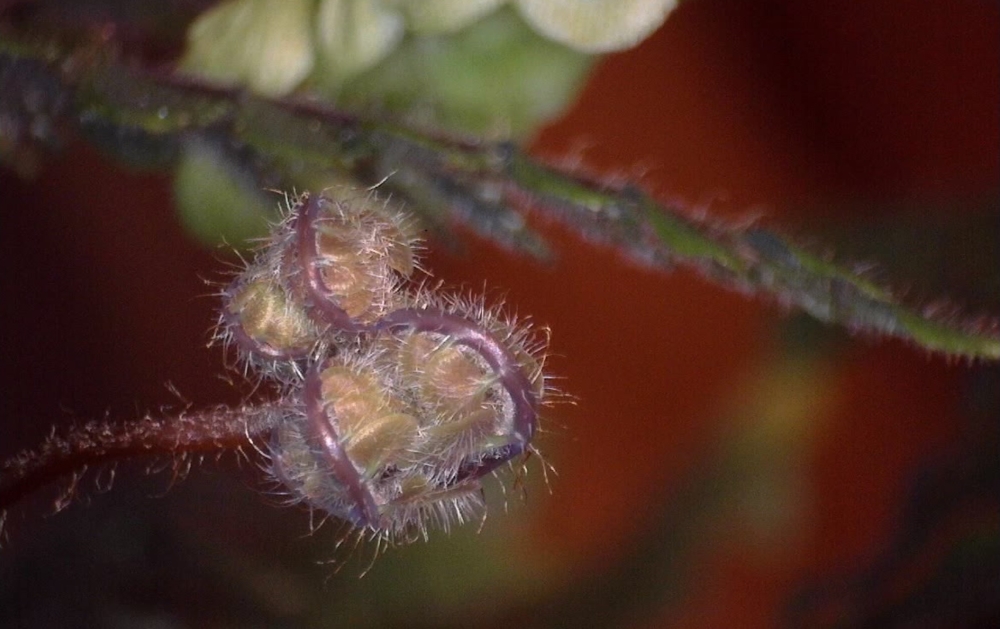 In the time-lapse film Cryptogami (2016) we see plants move 900 times faster than in reality. This allows us humans to perceive the plants’ dancelike movements and the ferns’ characteristic spiral when they unfurl. The film is recorded in Christine Ödlund’s studio where she has worked with ferns for many artworks. By looking at them through a microscope as well as making their patterns of movement clearer with the help of a computer, she allows us to become more intimate with the plants. The title of the film refers to the concept of cryptogams that Carl von Linné used for all plants lacking stamens and pistils. The word means “hidden wedding” and comes from the Greek words kryptos gameein. The film was recorded in the studio of Christine Ödlunds for the exhibition Aether & Einstein at Magasin III i Stockholm, from 2016.

Christine Ödlund was born in 1963 in Stockholm, where she currently lives and works. Her oeuvre is broad in scope with roots in several disciplines. She studied composition at Elektronmusikstudion EMS in Stockholm after first studying photography at Konstfack University College of Arts. She has been exhibited in several exhibitions in Sweden and abroad and her works i represented in several collection and museums such as Maga-sin III, Trondheim Museum of Art, Moderna Museet in Stockholm, the Public Art Agency Sweden, and the Museum of Artistic Process and Public Art in Lund.