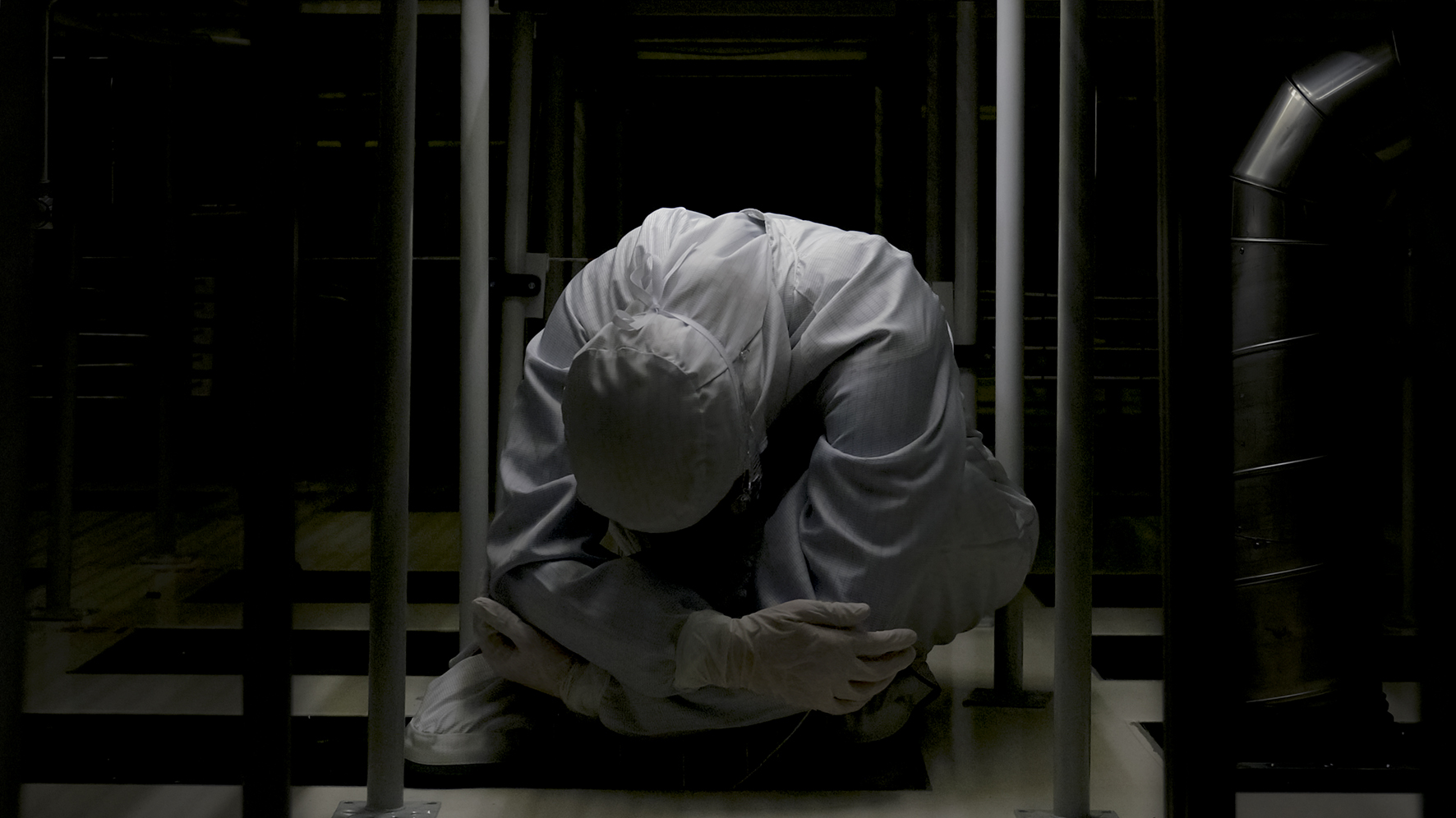 The film Zero Point Energy is set inside a cleanroom – a laboratory for research at the atomic level. The materials that are studied and created within nanoscience exist in a world beyond our perception, one that we can neither see nor feel. A recurring theme in nanoscience is the notion of breaking new ground; of embarking on a journey into the unknown.

In the film we encounter humans and machines, two essential actors in the nano research. The scientists are covered in garments that separate them from the nanometer-sized protagonists, their full-body coveralls and the white and yellow lighting give the room a distinctive quality.

The title – Zero Point Energy – refers to the energy of the ground state of any quantum mechanical system. In the film this term is used speculatively, suggesting an imagined ground state of the cleanroom. Inside the cleanroom, movements and behaviors are strictly regulated to prevent humans from influencing the sensitive processes in undesirable ways. In the film’s choreography, researchers become dancers, and the control over the individual in the service of science is both accentuated and challenged.

Kerstin Hamilton is a photography-based visual artist living in Gothenburg. Her research project Nanosocieties and Beyond, is developed as part of the PhD program at the Valand Academy. Kerstin holds a BA in photography from the Dublin Institute of Technology and an MFA in photography from the School of Photography, University of Gothenburg. Hamilton is interested in how materia-lities and processes can be caught using a camera, exploring the photographer’s reach both physically and ethically. Her video artwork Zero Point Energy, previously exhibited at Moderna Museet in Stockholm and Malmö, is currently on display in the Atrium at SSE.