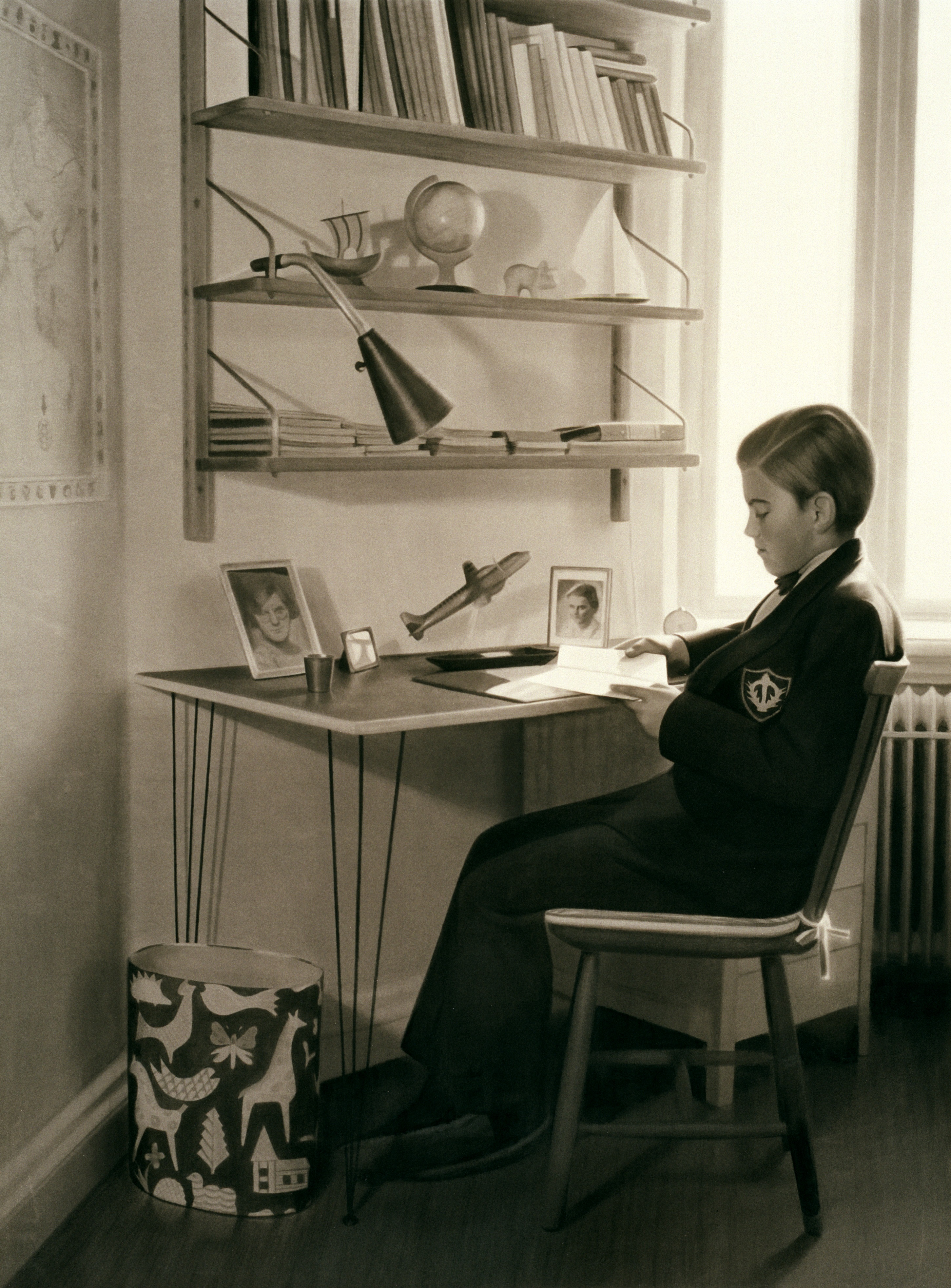 I received the scholarship in 2003, the same year I graduated from the Academy. Getting the scholarship was great and significant. Lots of eyes that suddenly saw you and money so you could continue working in
studio.

The only art life I knew at the time was about the school and just about it, I kept pretty much in it my studio and tried to focus on my own. Remember no direct discussions or political climate that should have shaped me. Then I felt, as now, that everything is possible at the same time. It was more conversations, music, and movies that matter, and art history lessons. I painted of important photographs in ink in a way to try to understand and recreate the time around my dad, which was taken
me.

Listened to Wendy Carlos Switched-On Bach a lot and remembered Michael Hanekes The pianist as the strongest I had ever seen.

Today, I still work similarly, although the motives may differ slightly from when I started. The next target is a separate exhibition at Magasin III in September 2016.