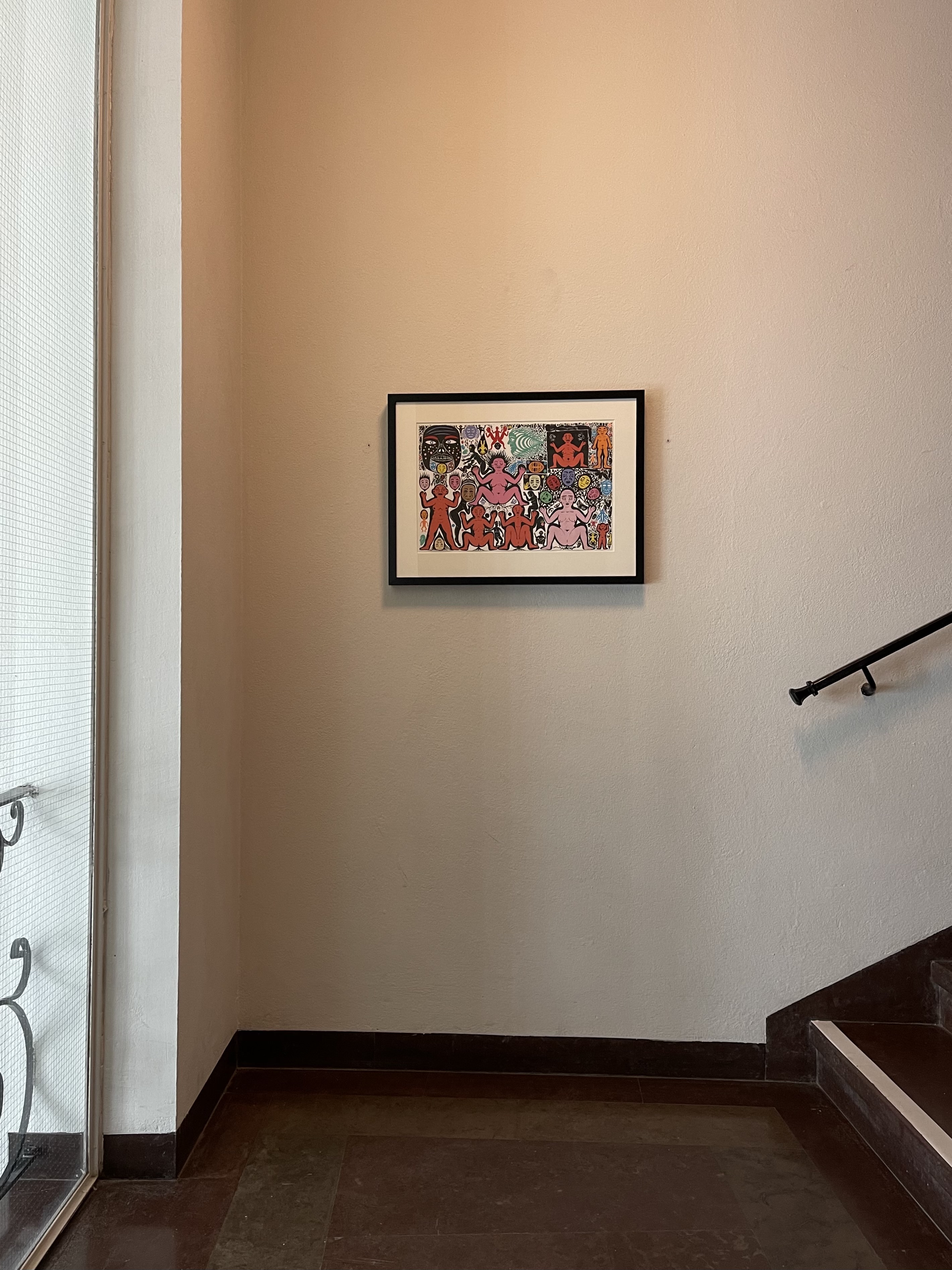 Existentiell progg nr 6, 2008 by Lisa Jonasson in the Bonnier Staircases.

From wikipedia: "Progg was a left-wing and anti-commercial musical movement in Sweden that began in the late 1960s and became more widespread in the 70s.

The progg movement was closely connected to similar movements in arts, theatre and design, as well as alternative lifestyles and left wing views. While being a political movement, some bands labelled as progg were nonetheless unaligned with any political agenda. The people playing and listening to this music came to be called proggare (literally "proggers") in Swedish."

A post shared by Stockholm School of Economics (@stockholmschoolofeconomics)