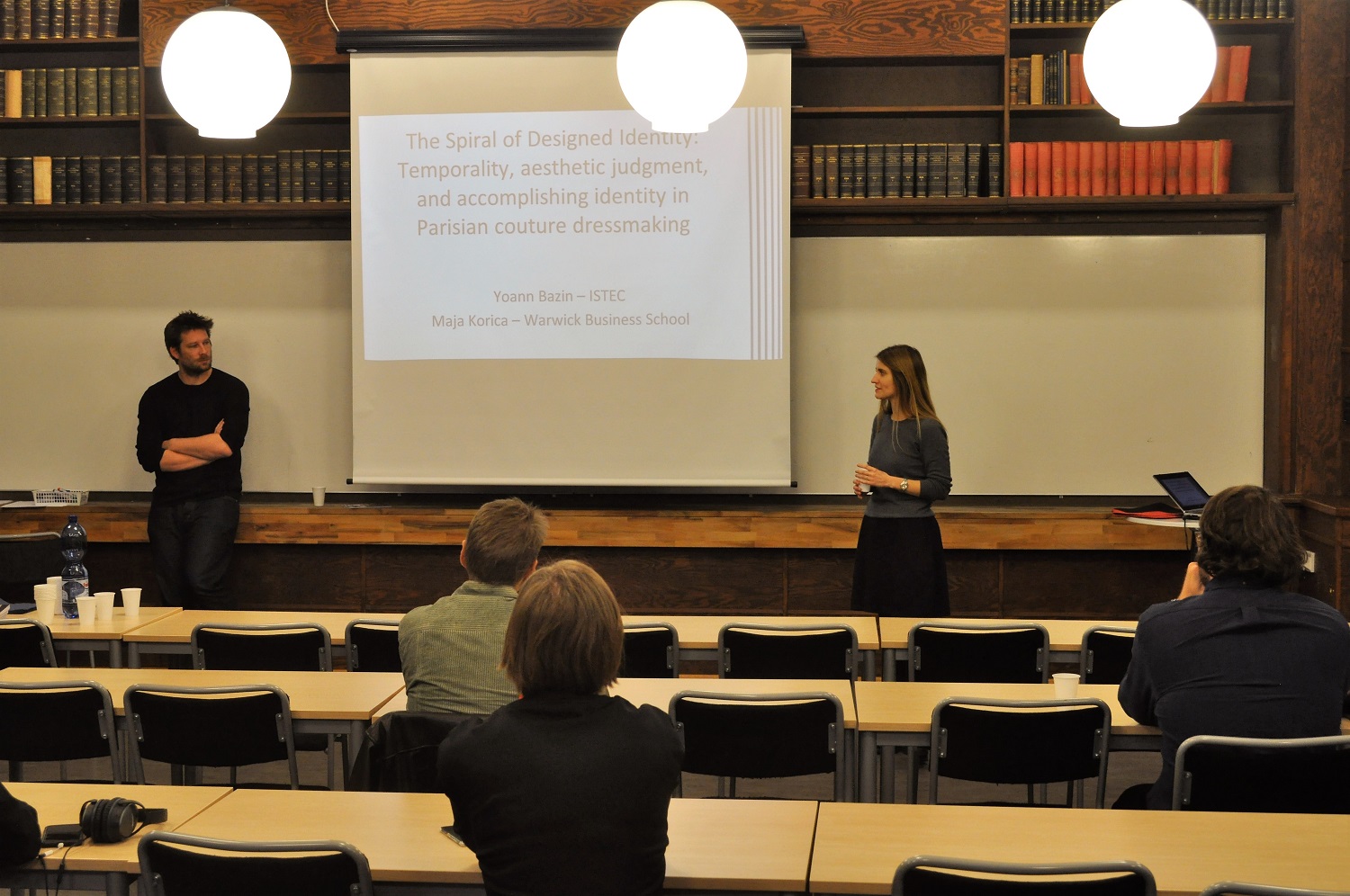 SSE Art Initiative hosted a ABC Colloquium with assistant Professors Maja Korica at Warwick Business School and Yoann Bazin at ISTEC Paris . Based on a micro study of Jean-Paul Gaultiers’ Bride Dress, during the preparation for the 2010 autumn/winter collection, the researchers revisit the making of aesthetic identity. A number of authors, from Chia (1996) to Gioia and Patvardhan (2012), argued that rather than being fixed, organizational identities are always in flux, with change, not stability.

So, identity is in flow and hardly a matter of stereotypes and set standards. So how do one research Field of Flow? By using Loic Prigent’s (2010) ‘The day before’ documentary we explore analytically how constant flows of creativity unfold to temporally accomplish an identity, via coordination practices through which joint sense and aesthetic judgments are negotiated.

What our account has highlighted is the temporal elements, the fluid pasts, presents and futures, which come to matter in that field of what Jean-Paul Gaultier may become, and the material expression of such resolutions, alongside relational processes of aesthetic judgement. Far from being fluffy, fuzzy and ephemeral the worlds of fashion constitute a great accessible show-room laboratory for studying the making of art and identities as something concrete and material.

Dr Korica is involved in the process philosophy organizational research with professor Tsoukas at Warwick and Dr Bazin is the founder of the French society for Philosophy and Business and the editor in chief of the Society and Business Review. In addition they both are engaged in furthering tutorial pedagogy in business school to augment intellectual challenges for business students.