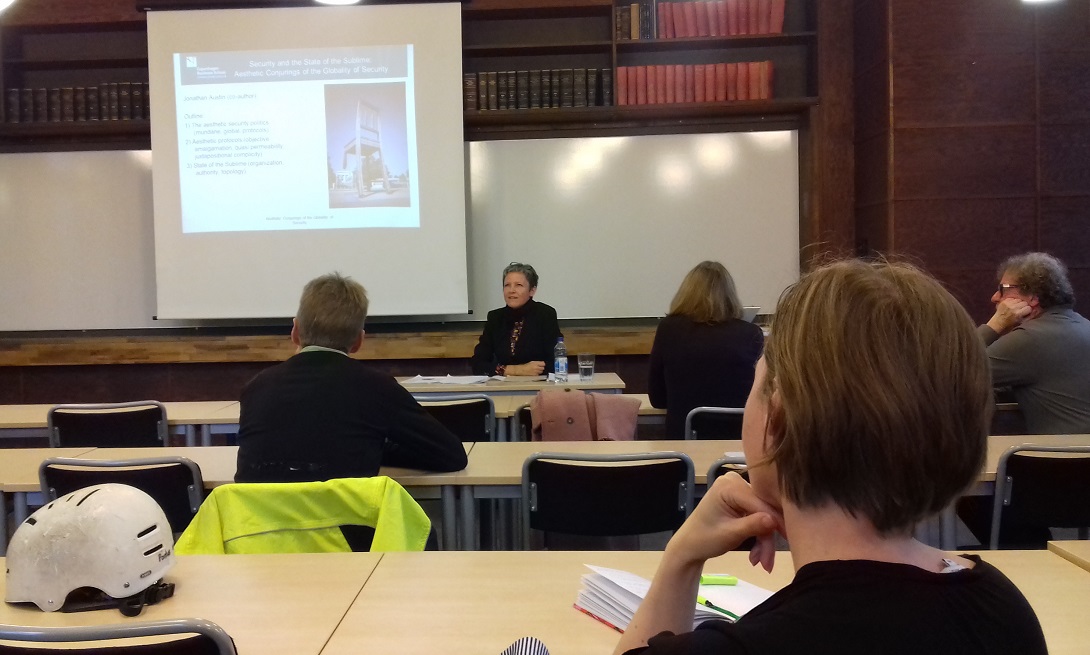 What is the place of Art and Aesthetics in political challenges of international security politics in states of fear, terror and major risk? This was the topic of this ABC Colloquium with Professor Anna Leander, University of Geneva.

The goal, as Nietzsche once put it, must be not to displace our fear of sublime monsters with the superficial yet distracting beauty of fairy tales, but to “redeem” and “transform” our “monsters and enigmas” through a profoundly political engagement with the sublime.

Daniel Bereset’s The Broken Chair in the courtyard of United Nations Office at Geneva (UNOG) was made for Handicap International, to protest the use of landmines, cluster munitions and – later – all the consequences of war for civilians. The chair stands “in delicate balance on three legs – the fourth having been violently blown off as if by an explosive charge. A way of showing that even mutilated, victims of war violence are still standing tall, with dignity”. In designing it, Bereset was recognizing that “there is nothing more powerful in art than the anecdotal” and avoided images of violence that would avert the gazes and have a numbing effect. His artwork was questioning though not choking evocation of weapons. What is the political relevance of visibility and aesthetic protocols in opening a constructive discourse on security?

Professor Anna Leander is researching business in international politics and especially on the role of private military and security companies. She explores the transformation of politics through commercial security expertise, risk-models, and regulatory arrangements. She studies the political security strategies as it is reflected in marketing, web-communication and digitized/big data.