Our research is located at the intersection of history, statecraft and communication. The aim is to provide historically informed perspectives on strategic communication in statecraft. 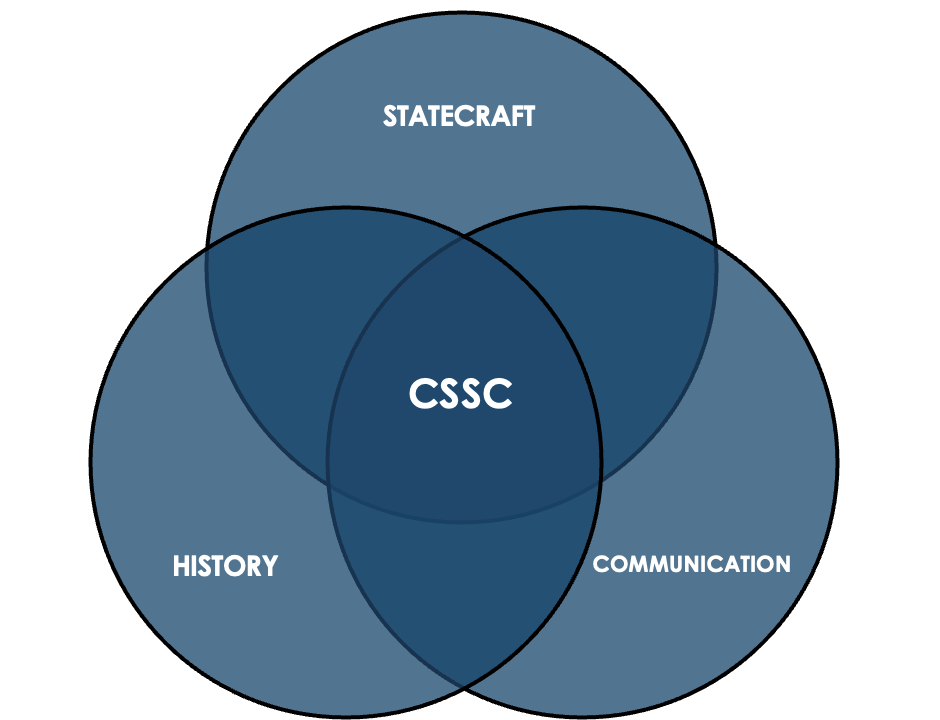 The ambition to draw lessons from the past for the present defines the field of applied history, which provides intellectual inspiration for CSSC. Instead of studying history for its own sake, applied history examines the past to facilitate constructive responses to contemporary challenges.

Our aspiration, accordingly, is to provide a historical perspective on current events, and to use the study of history to distill insights that can contribute to continued human progress. Even when studying contemporary phenomena, our research has the ambition to historicize and to relate present-day events to long-term developments and historical precedents.

Statecraft is the art of managing government affairs. For thousands of years, human societies have been organized as states, which provide public goods and exercise a monopoly on the legitimate use of force. In the modern world, states are as important as ever, tasked with organizing welfare systems, providing security against internal and external threats, and interacting with the international environment in a manner consistent with their values and interests.

To achieve these objectives, political leaders must master the art of governing. The provision of evidence-based and historically informed perspectives on statecraft is therefore a key part of CSSC’s vision.

Communication refers to the production, distribution and reception of information. While symbolic exchanges define the human condition, in the twenty-first century they shape societal outcomes to an unprecedented extent. This is due to a series of communication revolutions that recently culminated with the emergence of the Internet.

Statecraft is now inextricably intertwined with communications systems, which provide infrastructural frameworks not just for democratic deliberation and diplomatic exchanges, but also for surveillance, espionage, cyber attacks, and the manipulation of public opinion. Seeking to provide scholarly perspectives on such phenomena, CSSC has an orientation toward information and communication, with an emphasis on their role in statecraft.

Historical perspectives on communication in statecraft

Based on the overarching intellectual orientation described above, CSSC conducts historically informed research about communication in statecraft. CSSC’s orientation toward communication is complementary to its partner centers in the Ax:son Johnson Institute for Statecraft and Diplomacy, which focus on grand strategy, geopolitics, and diplomacy. The centers are united by their historical approach to the study of statecraft and international affairs.

The overall vision is developed into three broad research areas: Information and Security; Rhetoric; and Diplomacy.