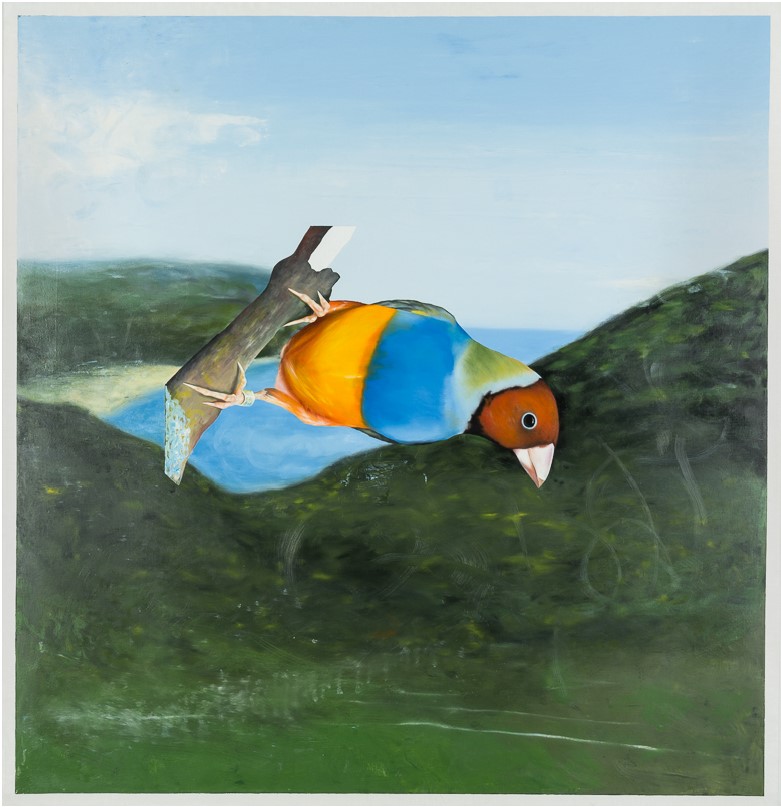 How would you describe what you were working on when you were awarded the Maria Bonnier Dahlin Scholarship, and what did the scholarship mean to you?

Then I went to Mejan and did non-figurative things, and did bigger paintings. I was interested in patterns and abstractions. It was important to get grants. The biggest change was that I was contacted by gallerists. Göran Engström, who also joined the jury, became my gallerist. And then there was the prestige of getting the scholarship, one was seen more.

What discussions characterized the art scene at this time, and what was particularly important you?

This is probably one answer for everyone, but I did not feel part of any particular discussion but went my own way. That way I felt out of fashion then, of course, I do now also. But video and concept art were not dominant in the same way today but felt like something new. And I was just doing painting and I was always interested in it unpretentious art and the visual. I don't think the works need to belong to any one discussion, but I want my works to speak for themselves. They should not need a guide.

What exhibitions, films and books were important to you, and what did you listen to for music?

I don't remember anything like that from that time. But I was completely new to it subversive metal bands, and listened a lot too, for example, Carcass, Napalm Death, Morbid Angel and Slayer. I was also completely into Metallica. And then I liked Baroque music, like Bach and Handel.

Critic Lars O Ericsson. I remember people used to be terrified of his reviews. But At the same time, the art exhibitions were more watched then, at that time you could be written down. The critics were more influential. There were, of course, fewer galleries to write about. But
had I exhibited today I don't think anyone had written about my art.

I have never been politically active, but of course politically conscious. I'm so incredible world-wide, and politically disinterested. If you can even be it now. But I remember when Palme was murdered. When I found out, I was at Club Mejan. Which, by the way, was a pretty good one club. It was at night. We were probably shocked and confused, we couldn't quite understand it had happened. I grew up in a working-class family on the rise, on the border with the middle class, in Skärholmen. And it was very social-democratic. So it was noticeable, it was a big one event. I also remember that just before I left Mejan it was as if the air had gone out art market. It was overheated and bloated for a long time. It wasn't the same noise around us as in those who had gone out before. Artists around this time had quite short careers. It had to do with the financial crisis, to my generation strove a little more in the headwind.

It is as if art life has been widened, but at the same time thinned out. Art is not as important to people. There is so much else that is interesting now, the world has opened up. Then there was no internet back then. We didn't have cell phones either. Then the newspapers meant anything. And you got to hang out in some weird record store on Malmskillnadsgatan and see what they did take on imports. Now, it is incomprehensible that this is how you did it. I got a computer around this time, one of the first macs. But I just used that word processor, and in the drawing program, you could make a straight line, and a circle. I also remember when they brought in the first version of Photoshop at the School of the Arts. That was a big deal.

Now I am doing photography and digital art. I don't paint anymore, it just doesn't work and is unattractive. And then I work at haulage, where I drive a truck and stuff.