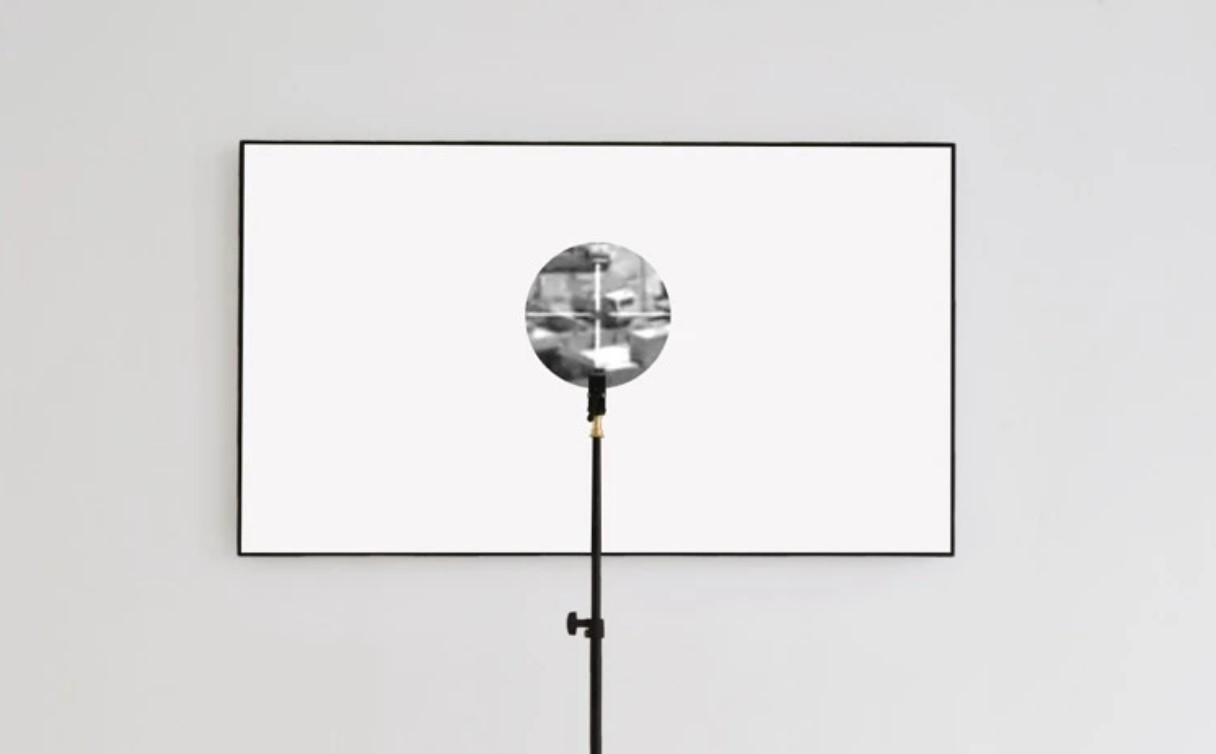 White Noise is a multimedia installation, it consists of a 46-inch LCD screen (which has been manipulated by the artist so that the images that play on it become invisible to the human eye), a 48-minute video loop and a tripod that holds a round piece of plexiglass.

The screen looks white and empty at first, but when the viewer concentrates on the plexiglass in front of the screen. the hidden film buried under the light becomes visible. It is a classified video that was leaked to the public showing very violent content when a helicopter shoots at a group of people. It is the latest work in Van der Auwera's series VideoSculptures, which deals with media aesthetics, obsessive opinions and what is accepted as reality.