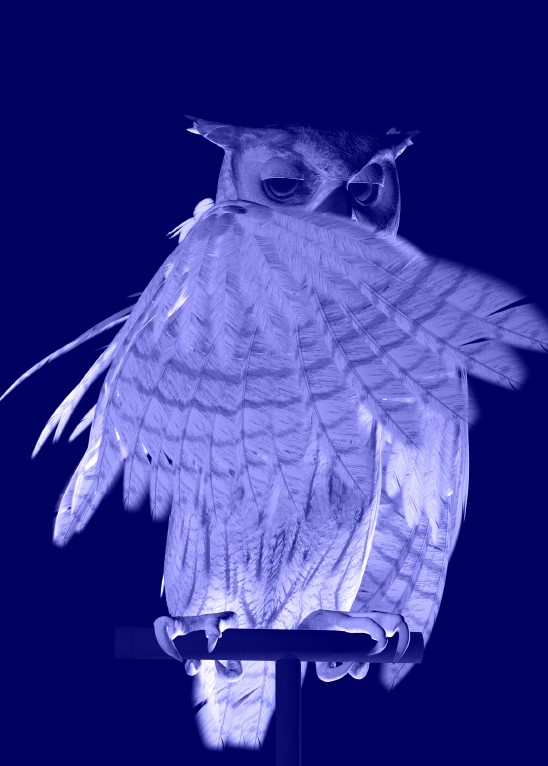 The Owl of Minerva 4.0: Knowledge and Predictions in the Digital Age

In Roman mythology, the owl traditionally represented and accompanied Minerva, the goddess of wisdom. Ever since, the owl has been used as a symbol for knowledge, wisdom, and perspicacity. In Ann Lislegaard’s work, the owl of Minerva has left the physical world, transformed into a digital being appearing to live its own life as voices, words, sentences, and sounds pass through its robotic body, fuelled by machine learning and artificial intelligence. As such, Lislegaard’s owl raises questions about the dramatic change in the production of knowledge in today’s economy, conveyed through the 4th industrial revolution, where machines have gone from simpler functional tools to sophisticated knowledge manufacturers. It urges us to ponder: have the machines started to replace humans as knowledge producers? How should we interact and treat these new beings in business and society?

Lislegaard has referred her owl of Minerva 4.0 as an oracle. Oracle, comes from the word orare which means to speak, referring to the predictions uttered by the priests of priestesses in ancient Greece. The Oracles were regarded as communication portals between the gods and the people. Nonetheless, the people treated their words with care, as their predictions were not always correct. Hence, the oracles claims of truth were limited forcing people to use their own human judgment. In relation to Liislegaards owl, this is a human factor we indeed have to use as we try to make sense of its fragmented and prophetic utterances. This can be seen to point to how decision makers, more and more dependent on the “divine” predictions conveyed by contemporary technology, perhaps have to be more human to make sense of a digital world.