With sanctions becoming an increasingly important tool in ostracising autocratic regimes from western markets, the need for effective enforcement of Anti-Money Laundering (AML) policies is increasing. The global AML regime will be the backbone in detecting evasion of sanctions. This regime has, however, been widely criticised as ineffective. In this brief, Giancarlo Spagnolo and Theo Nyreröd discusses issues with the current AML regime and propose a reward scheme for whistleblowers to enable asset seizures. A powerful feature of their proposal is that it does not rely on the effectiveness of the AML regime.

Before Russia’s invasion of Ukraine, we wrote a FREE Policy brief expressing concerns over the ability of the current Anti Money Laundering (AML) regime to keep money launderers out of the international financial system. In the brief, we concluded that “The ease with which criminals have evaded present detection methods should cause concern about the effectiveness of sanctions”. The issue has now received renewed attention as the current sanctions against Russia will only be effective if it is difficult or costly to circumvent them. Sanctions evasions have a lot of similarities with money laundering, and the methods for detecting both is very similar, such that the proposal we discuss in this brief is applicable to both.

While an initial shock due to unexpected sanctions may generate disruptions, prohibited goods can later be imported/exported through third-party intermediaries in non-sanctioned countries to circumvent the sanctions. False labelling of origin, misinvocing, etc., are likely to occur and may be very difficult to detect. Analogously, sanctioned individuals’ assets may shift hands, and be laundered through shell companies without known beneficial owners.

In this brief, we consider a way to enhance enforcement, as outlined in a recent paper (Nyreröd, Andreadakis, and Spagnolo, 2022). The approach builds upon the US Kleptocracy Asset Recovery Rewards Program which offers up to $5 million “for information leading to seizure, restraint, or forfeiture of assets linked to foreign government corruption” (US Treasury, 2022).

To justify the enforcement mechanism we later propose, some background on the AML regime is necessary. The global standard-setter for AML is the Financial Action Taskforce (FATF), which has since 1989 issued recommendations to countries on how to combat money laundering and terrorist financing. While initially focusing on drug money, the regime expanded in the last decades and has now received increased attention as it will be an important tool in ensuring sanctions against Russian oligarchs are effective.

The regime imposes numerous obligations on financial and other entities as they must assess risks and conduct due diligence along various dimensions, collect documents, and send reports to the national Financial Intelligence Unit. This regime has been widely criticized. Widespread AML non-compliance within banks, lack of rigorous supervision and enforcement by national supervisors and high costs relative to verifiable benefits are some of the issues that have been identified (Spagnolo and Nyreröd 2021; Nyreröd, Andreadakis and Spagnolo, 2022). The World Bank estimates that between 2 and 5 percent of global GDP is laundered annually, and that only around 0.2 percent of the proceeds from crime, laundered via the financial system, are seized and frozen (UNODC, 2011). Researchers have also been critical – for example Pol (2020), cites 22 papers that have “identified gaps between the intentions and results of the modern anti-money laundering effort, including its core capacity to detect and prevent serious profit-motivated crime and terrorism” (p.103).

Recent responses by the European Commission and others have focused on ensuring compliance within covered entities. Yet, increasing compliance with current AML rules may be costly and non-sufficient to stem the flows of illicit money in the international system. Even if widespread compliance within covered entities is obtained, and the AML procedures are effective, this may not be enough – even minimal non-compliance rates may result in major damages. We have seen how Danske Bank Estonia, a relatively small branch, managed to transfer around $230 billions of suspicious funds within the span of a couple of years (Bruun and Hjejle, 2018).

Some have suggested providing whistleblower rewards to those who report significant violations of AML rules by covered institutions (Spagnolo and Nyreröd, 2021; Scarcella, 2021). Yet, such rewards are only desirable if the AML regime is effective in achieving its policy objectives, which is not a given (we elaborate on this in Nyreröd, Andreadakis and Spagnolo, 2022). Enhanced compliance with the AML regime does not necessarily entail increased detection and deterrence of e.g., money laundering.  Numerous laundering methods exist that circumvent the reporting rules required under AML. A better option may be to incentivize facilitators of money laundering to provide information leading directly to asset seizures, as they have the best information that can lead to such forfeitures.

Money laundering is a derivative crime and requires what is called a “predicate offense” (such as human trafficking, drug sales, or corruption) that generates illegal money whose source needs to be obscured. The EU Directive (2018/1673) stipulates 22 categories of criminal activities that constitute predicate offenses.

There is a large infrastructure facilitating money laundering including financial advisers, real estate agents, tax advisors, and lawyers – crucial to criminals seeking to launder money. Bill Browder, famous for his work on advocating the Magnitsky Act, describes how he was aided by Alexander Perepilichnyy, a financial adviser for individuals involved in a large tax theft in Russia. Perepilichnyy helped launder the money for those involved in the tax theft, but eventually turned whistleblower when he provided bank statements to Browder that led to the freezing of $11 million related to this fraud (Browder 2022, p. 39). His information provided a “road-map” to even be able to start investigating where the illegally stolen assets had ended up. Perepilichnyy later died while jogging near London in 2012, which some believe was a murder in retaliation for blowing the whistle. A reward scheme would aim at people like Perepilichnyy, persons who are unrelated to the predicate offense, yet have information on the source and location of illicit funds.

The US has used whistleblower reward schemes in several regulatory areas including tax, procurement fraud, and securities fraud. These programs offer 10-30 percent of the recoveries or fines to whistleblowers that bring information crucial to issue the fines or recover public funds. Rewards to whistleblowers are therefore paid by the wrongdoing party, not the taxpayer.

These programs have received increased attention as several studies have found that they are effective at uncovering and deterring wrongdoing (Dyck, 2010; Wiedman and Zhu, 2018; Raleigh, 2020; Leder-Luis, 2020; Dey et al., 2021; Berger and Lee, 2022, see Nyreröd and Spagnolo, 2021 for a review). Agencies managing these programs have widely praised them, and studies show they are highly cost effective. More countries are also starting to experiment with offering rewards for information.

A salient feature of the US programs is that some degree of culpability in the wrongdoing does not disqualify an individual from an award. In 2012, Bradley Birkenfeld received $104 million under the Internal Revenue Service’s reward program despite serving a jail sentence for his involvement in facilitating tax evasion. In fact, when one of the most effective and famous whistleblower laws was enacted, the US Senator who tabled the bill argued that the bill aimed at “setting a rogue to catch a rogue” which “is the safest and most expeditious way I have ever discovered of bringing rogues to justice” (Howard, 1863).

Motivated by these experiences, we propose that AML should incorporate a whistleblower reward scheme, targeting those facilitating money laundry, with three central pillars:

Witness protection: aim at shielding whistleblowers and their families from negative consequences, if there are concerns that they might become victims of retaliation, harassment, or mistreatment of any kind. If the whistleblower is based in a hostile country, guaranteed asylum should be granted.

Leniency: offer immunity for any reported offense related to money laundering, but not for any other crime. Without immunity, a whistleblower will have no incentive to turn to authorities as they would immediately incriminate themselves and risk jailtime for money laundering.

Large, scaling, and mandatory rewards:  offer large, mandatory rewards that scale with the level of recoveries. As noted above, successful US programs pay 10-30 percent of the recoveries to whistleblowers. In the money laundering case, this percentage range may be lowered. Also, similarly to whistleblowers’ rewards in other cases, AML rewards would come from confiscated funds.

Numerous other design dimensions are important, but due to space limitations we refer the reader to other lengthier pieces that go into further detail (Nyreröd, Andreadakis and Spagnolo, 2022; Spagnolo and Nyreröd, 2021; Nyreröd and Spagnolo, 2021; Engstrom 2018).

The Russian aggression against Ukraine and the subsequent sanctions have put increased emphasis on the ability and effectiveness of the current AML regime to detect money laundering. Justified concerns about this regime have been raised, and its performance record is still under question. Programs offering whistleblowers witness protection, leniency, and large rewards could be an effective complement to this regime. 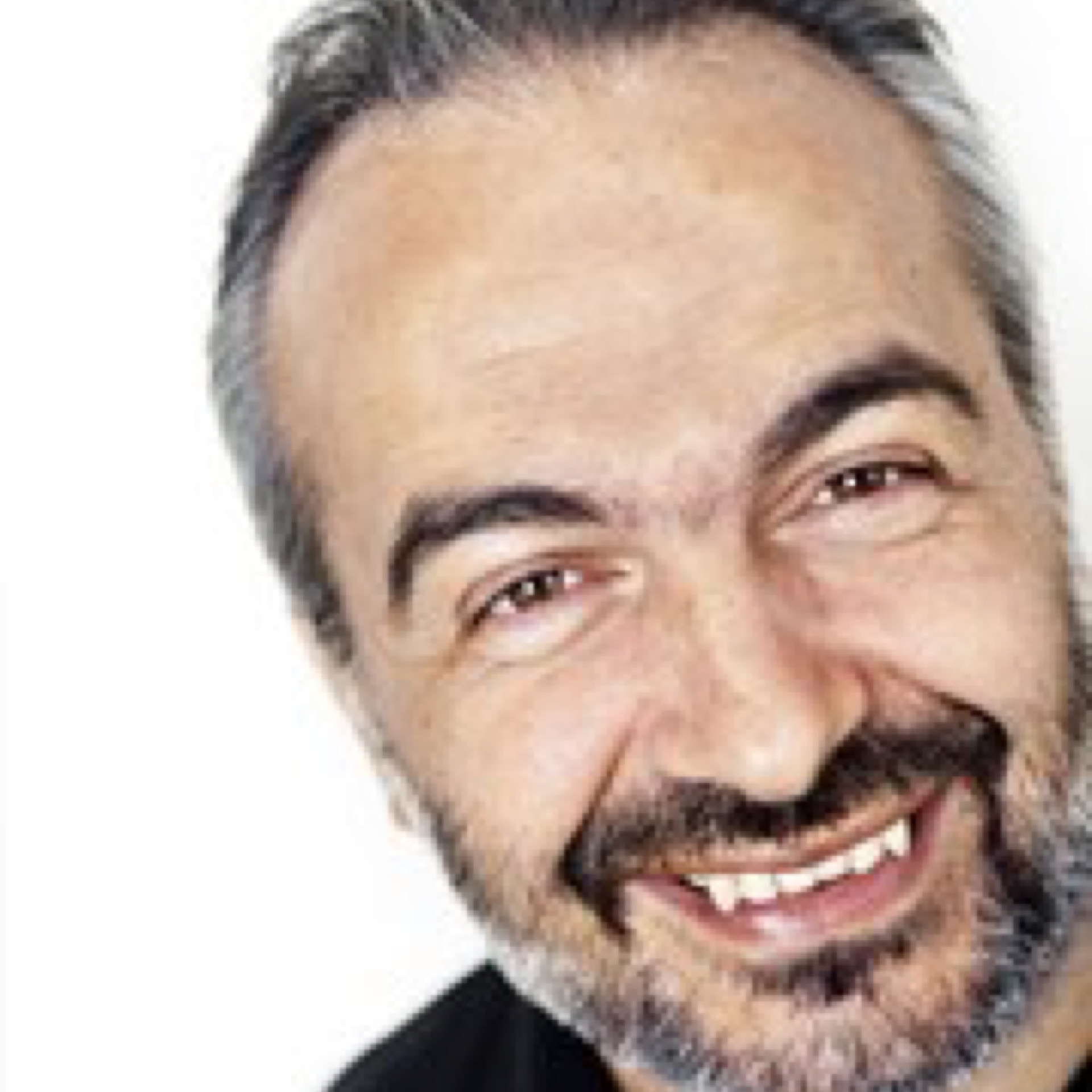 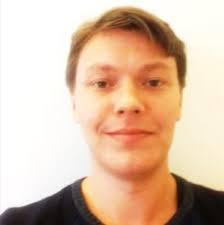 Konstantin Sonin: “Why did Putin invade Ukraine? A theory of degenerate autocracy”

Will the sanctions against Russia have any effect?

Do sanctions from US and EU push autocracies closer to each other?

How will the sanctions affect Russia?