On December 6, 2022, Stockholm Institute of Transition Economics (SITE) hosted the annual Development Day, this year focusing on how to maintain and organize support for Ukraine. See photos and highlights from the conference to learn more.

A recap of the SITE 2022 Development Day conference

In this year’s Development Day we invited Sviatlana Tsikhanouskaya, Leader of the Belarusian Democratic Forces, who introduced the conference with a speech on the necessity of understanding the role of Belarus in Russia’s war against Ukraine. The importance of seeing the aggression as a war on the free and democratic world was further detailed throughout the day by several scholars with particular insights into the region, the Swedish Minister of Foreign Trade and International Development Cooperation (Johan Forssell), representatives for the Kiyv School of Economics, representatives from the European Union and others. The role of EU for Ukraine’s future, the effects of the war on energy security in Europe and global impacts from the war were also discussed during the day.

Around 130 partcipants joined us in person from the corporate sector, public agencies, development agencies, academia and the civil sector alike. In case you missed the event, a policy brief with a more detailed account of the event will soon be posted. Stay tuned!

Photos from the conference 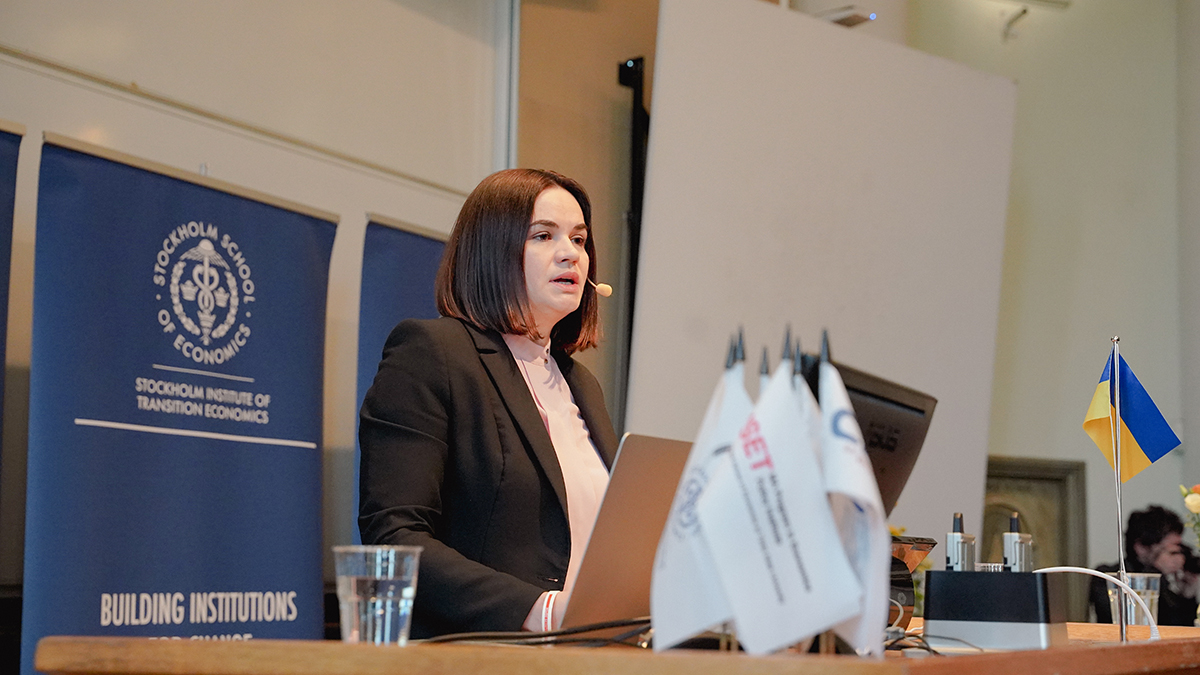 Photo of Sviatlana Tsikhanouskaya, Leader of the Belarusian Democratic Forces. 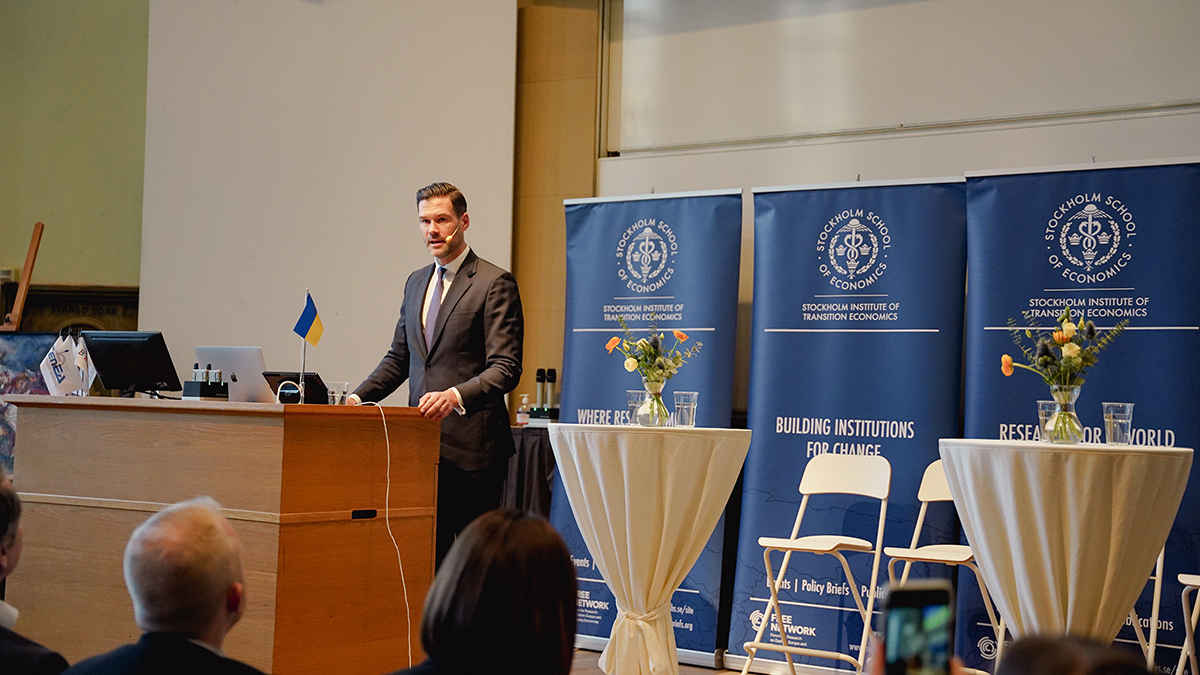 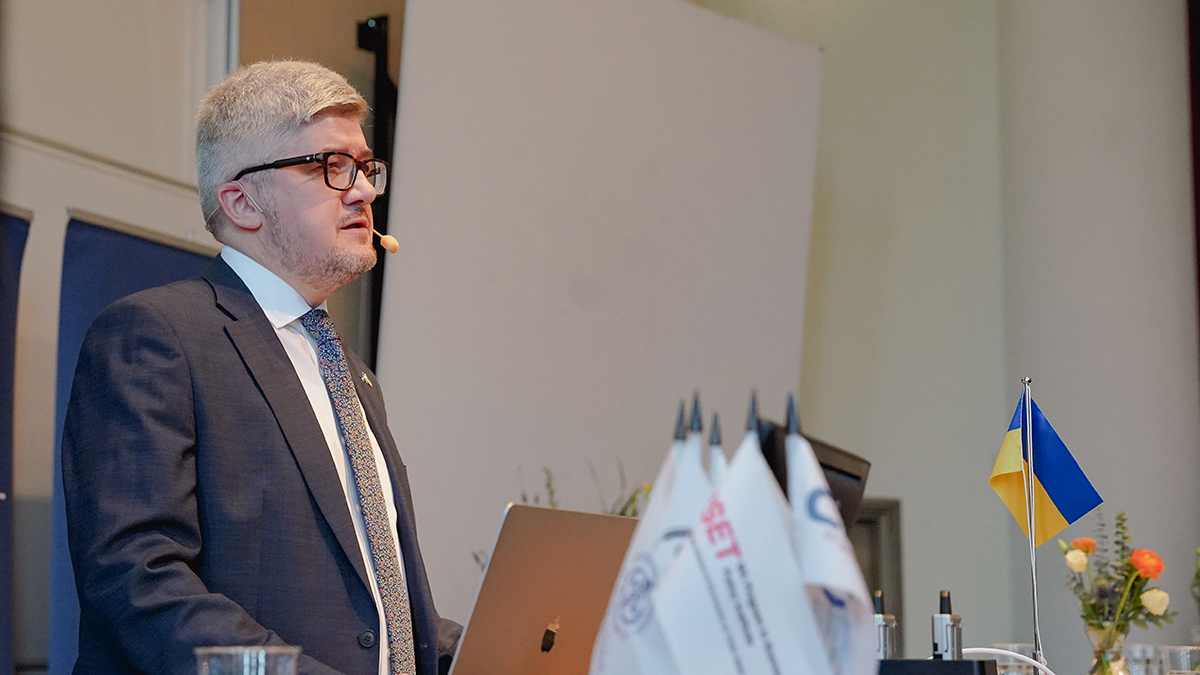 Photo of Andrij Plachotnjuk, Ambassador Extraordinary and Plenipotentiary of Ukraine to the Kingdom of Sweden. 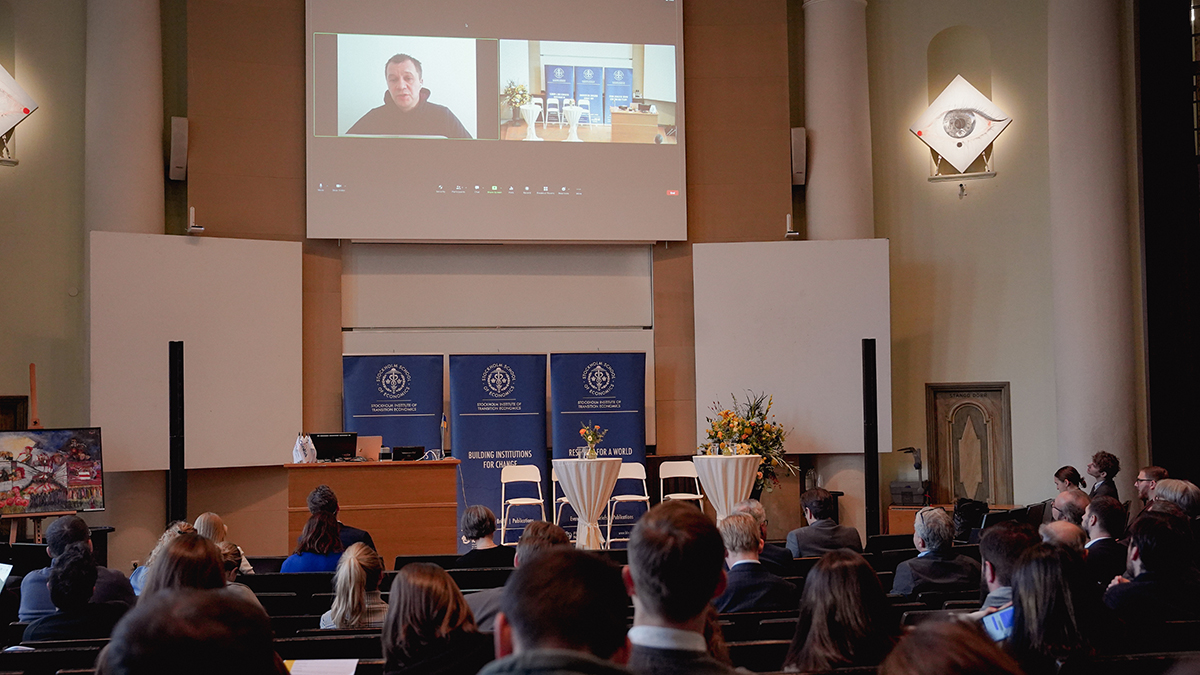 Photo of Tymofiy Mylovanov, President of the Kyiv School of Economics (on link from Kyiv). 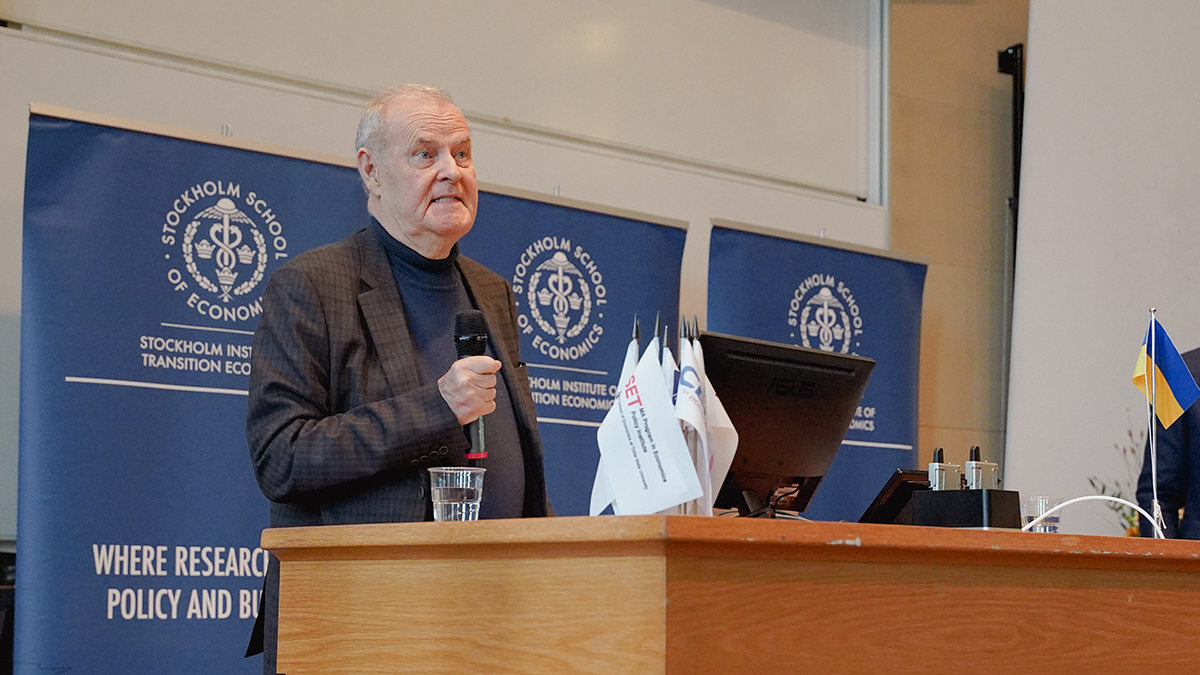 Special guest appearance: Håkan Källåker, artist and former senior banker donated three paintings to SITE that will be auctioned off to the benefit of our Friends of KSE charity. More info about the auction of the paintings will be announced! 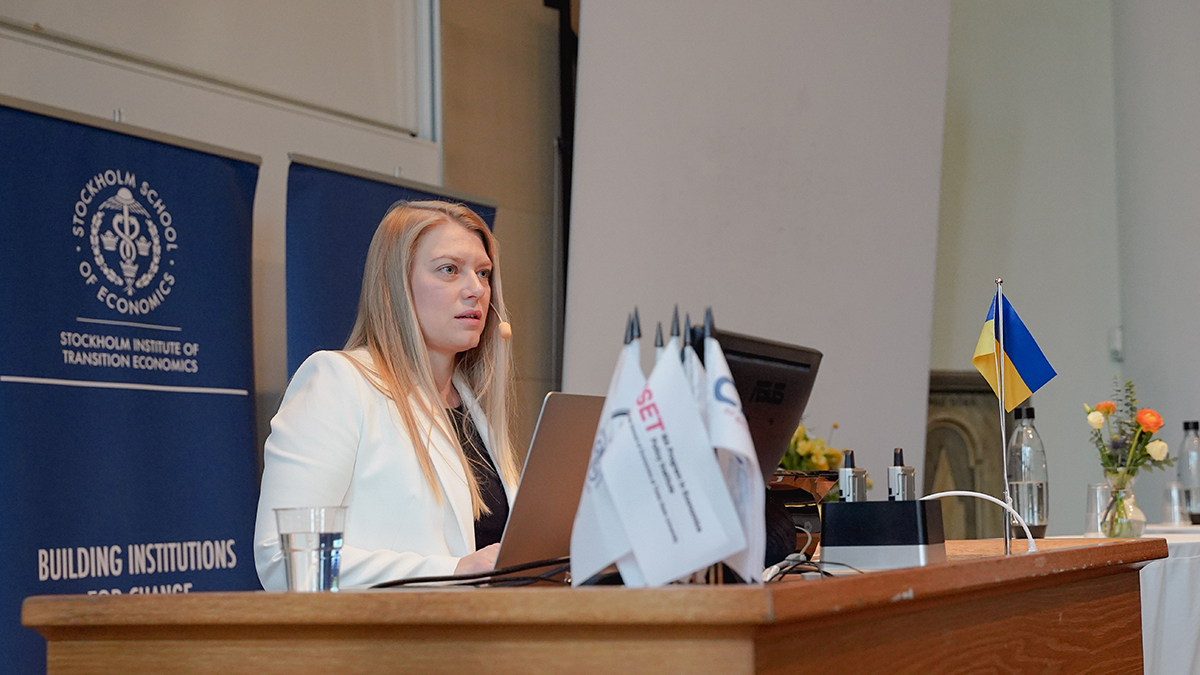 Photo of Yuliya Markuts, Head of the Centre of Public Finance and Governance Analysis, Kyiv School of Economics (KSE). 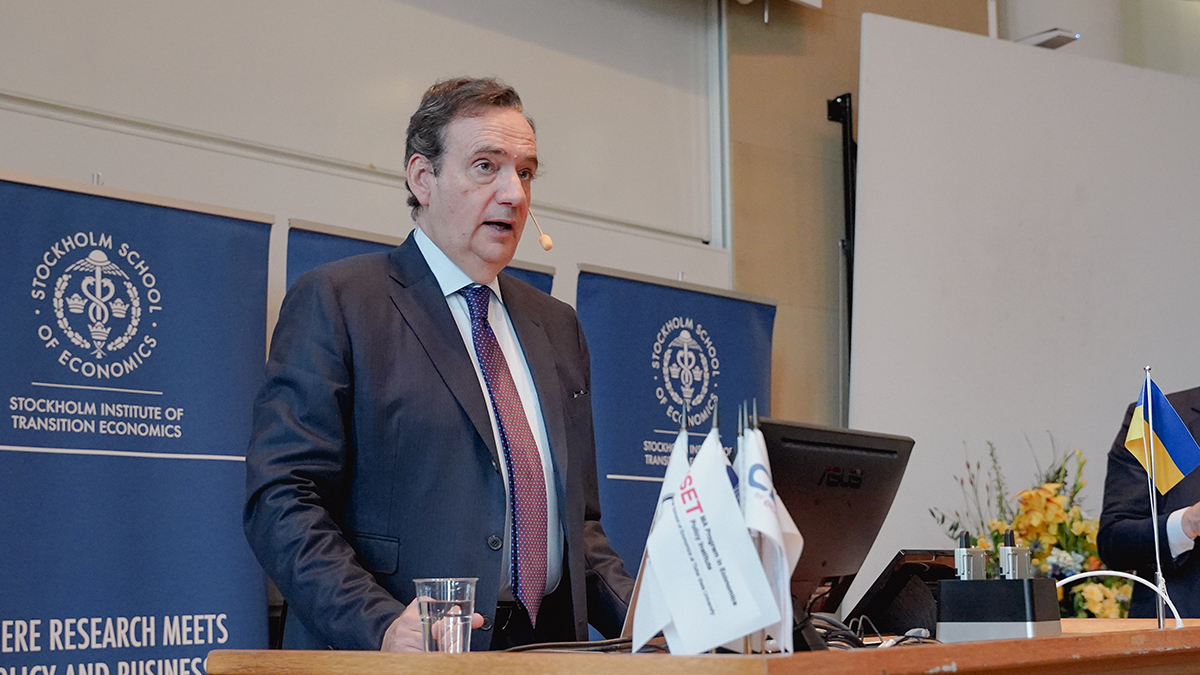 Photo of Jean-Erik de Zagon, Head of the Representation to Ukraine, the European Investment Bank. 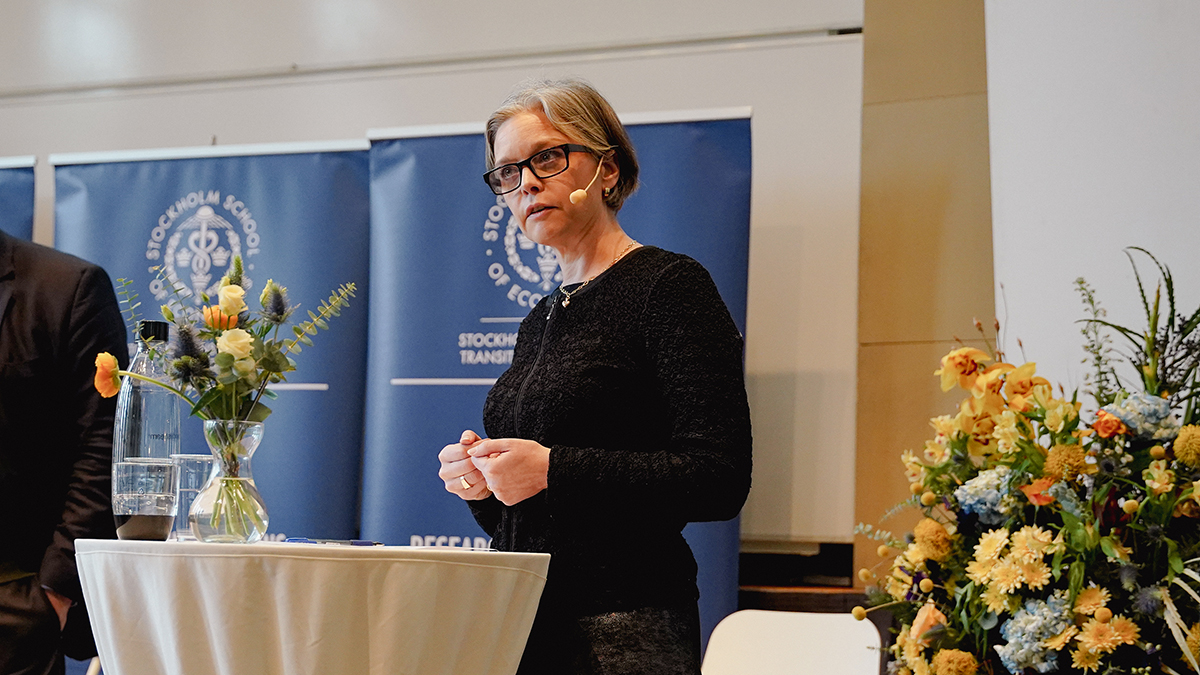 Photo of Cecilia Thorfinn, Team leader Communications at the Representation of the European Commission in Sweden. 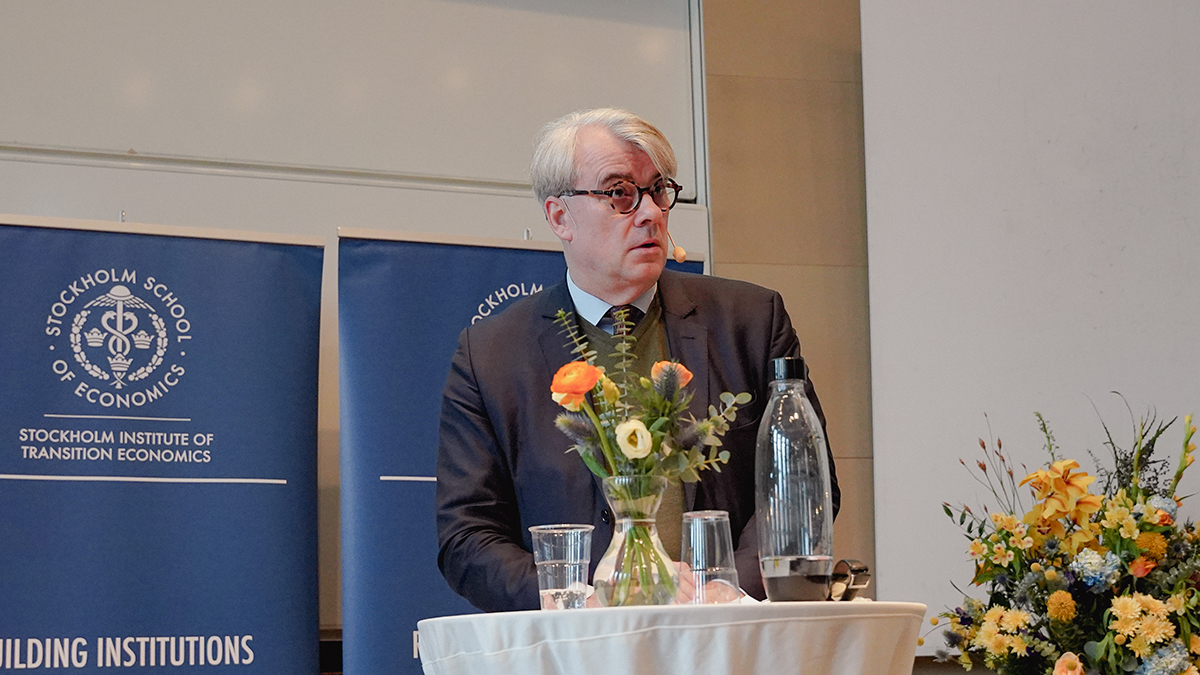 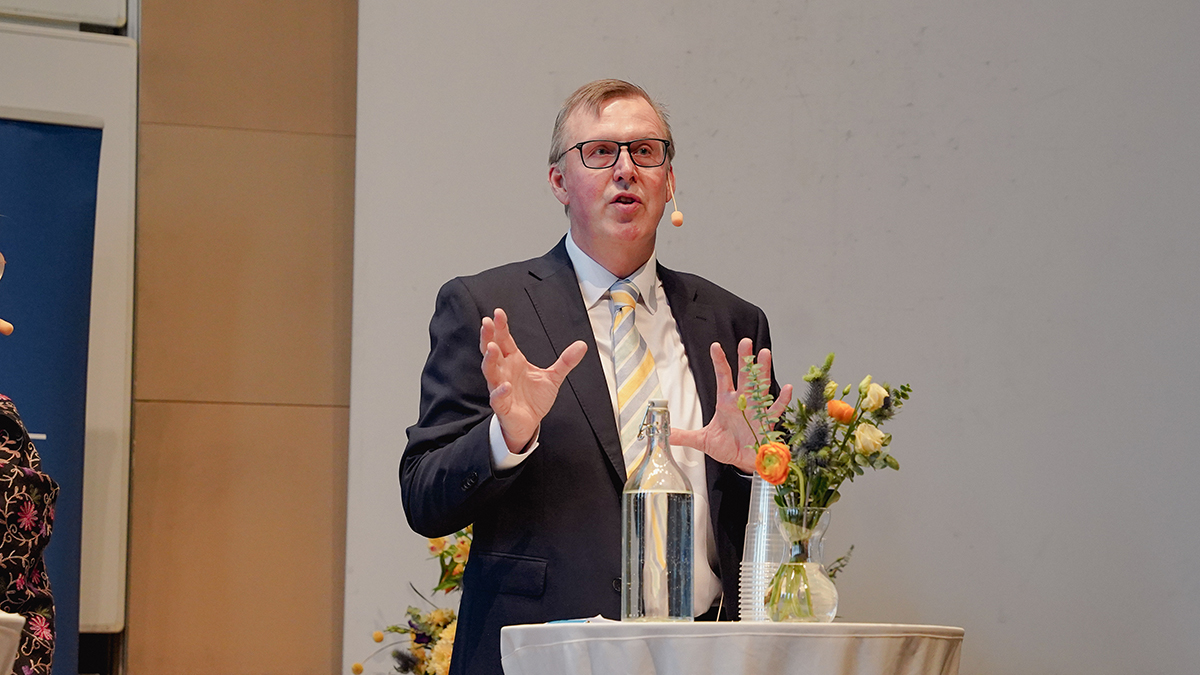 Photo of Jan Ruuth, Deputy head of unit for Eastern Europe at Sida. 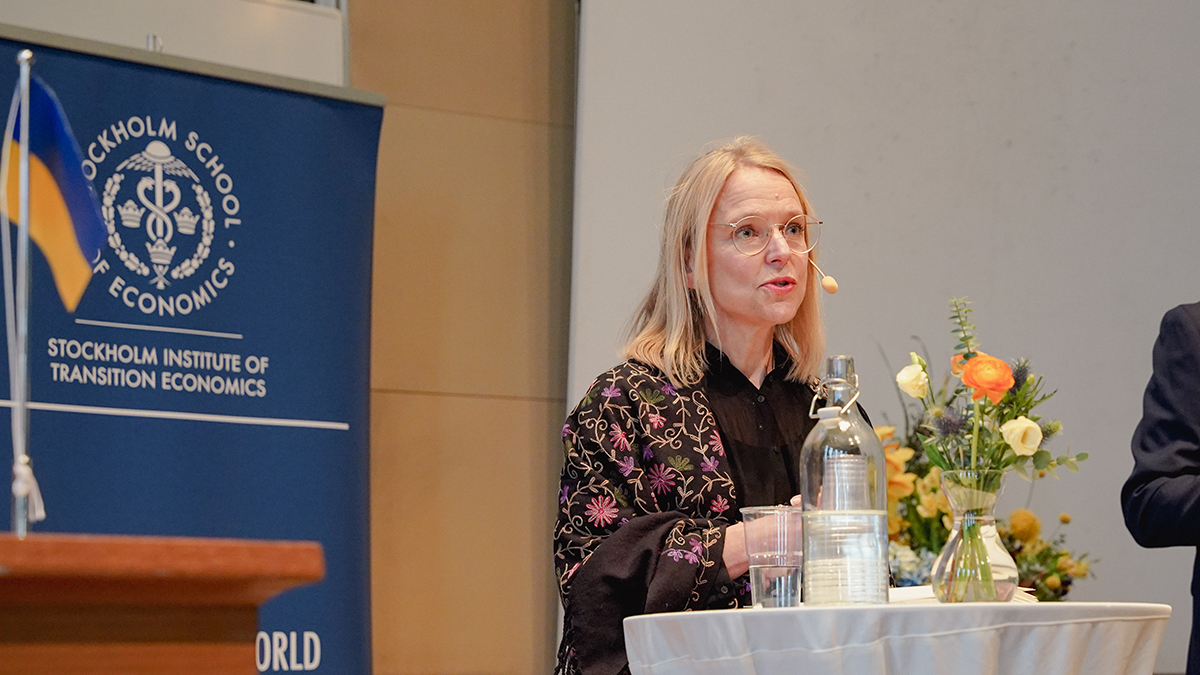 Photo of Karin Kronhöffer, Director of Strategy and Communication at Swedfund. 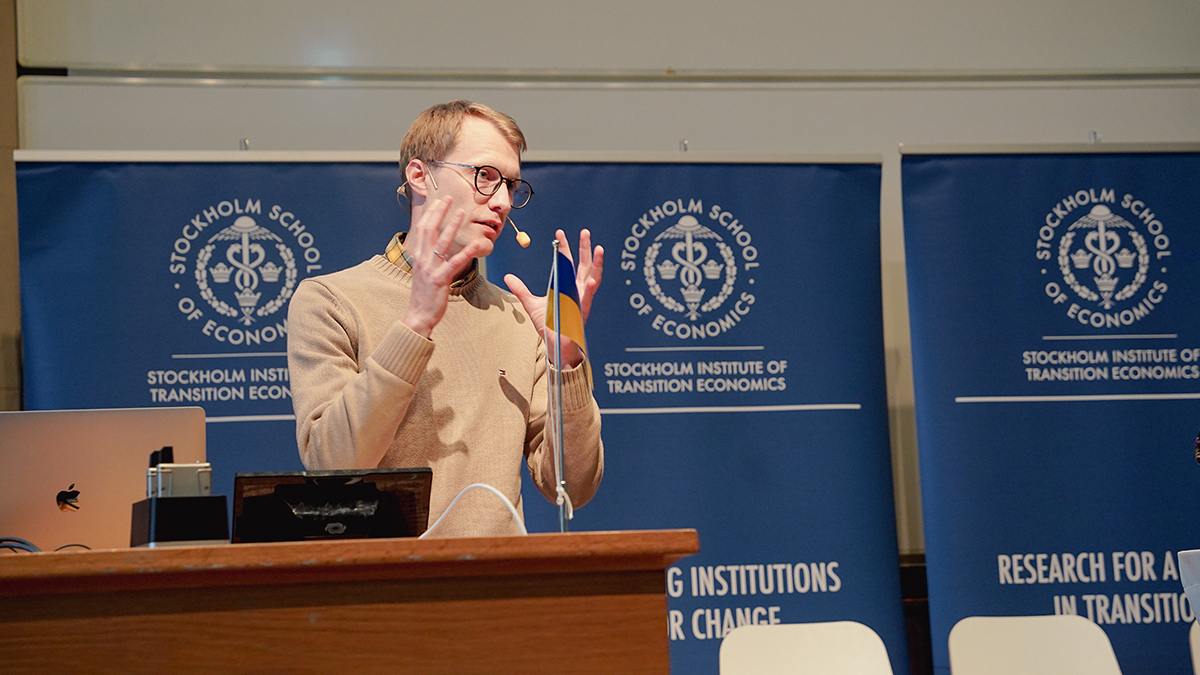 Photo of Andreas Flodström, CEO and founder of Beetroot. 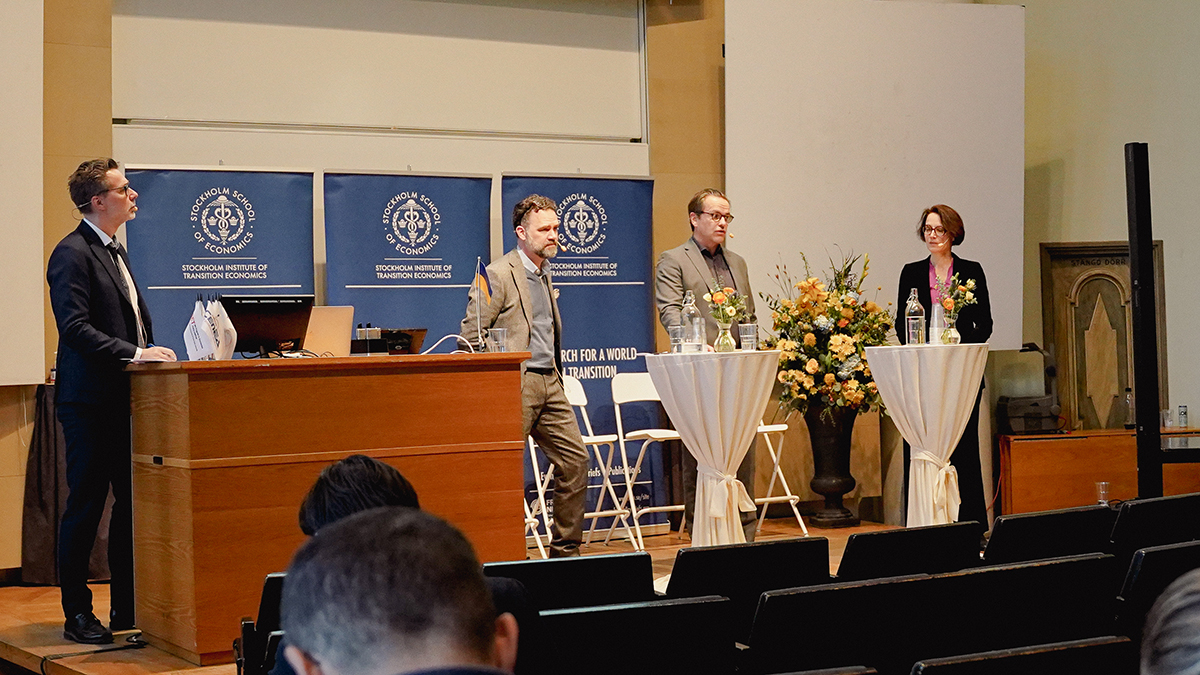 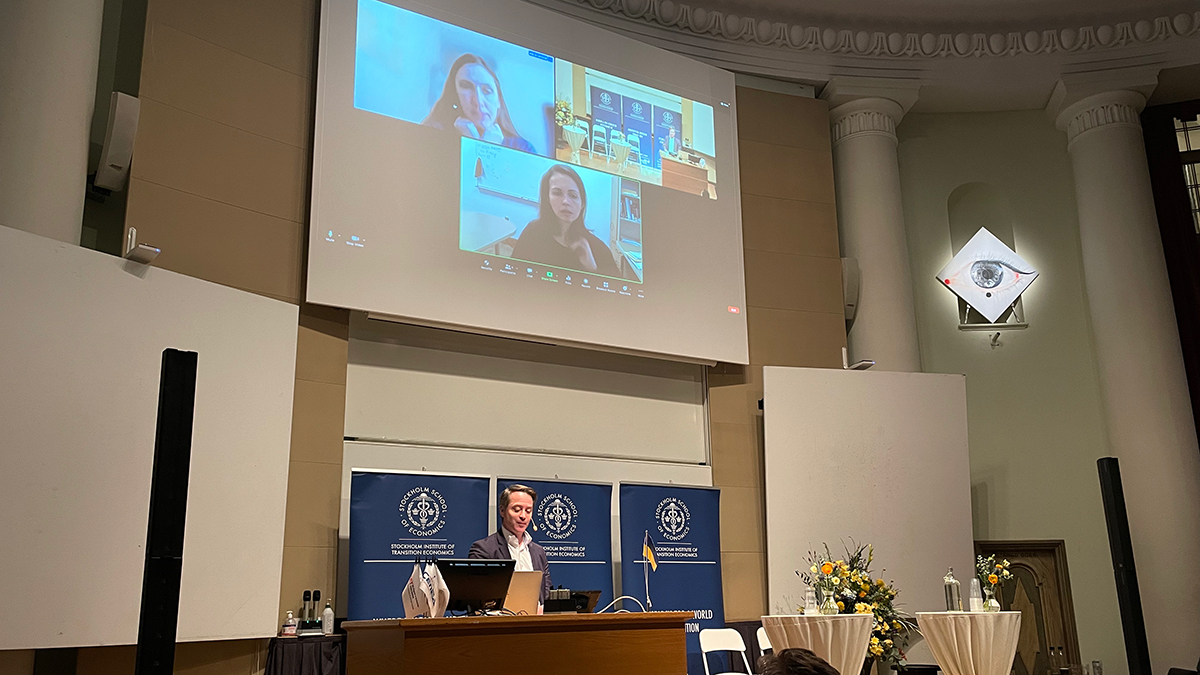 From top left: Ilona Sologoub, VoxUkraine scientific editor (on link) and Tatyana Deryugina, Associate Professor of Finance at the University of Illinois at Urbana-Champaign (on link). Below: Torbjörn Becker, Director of SITE. 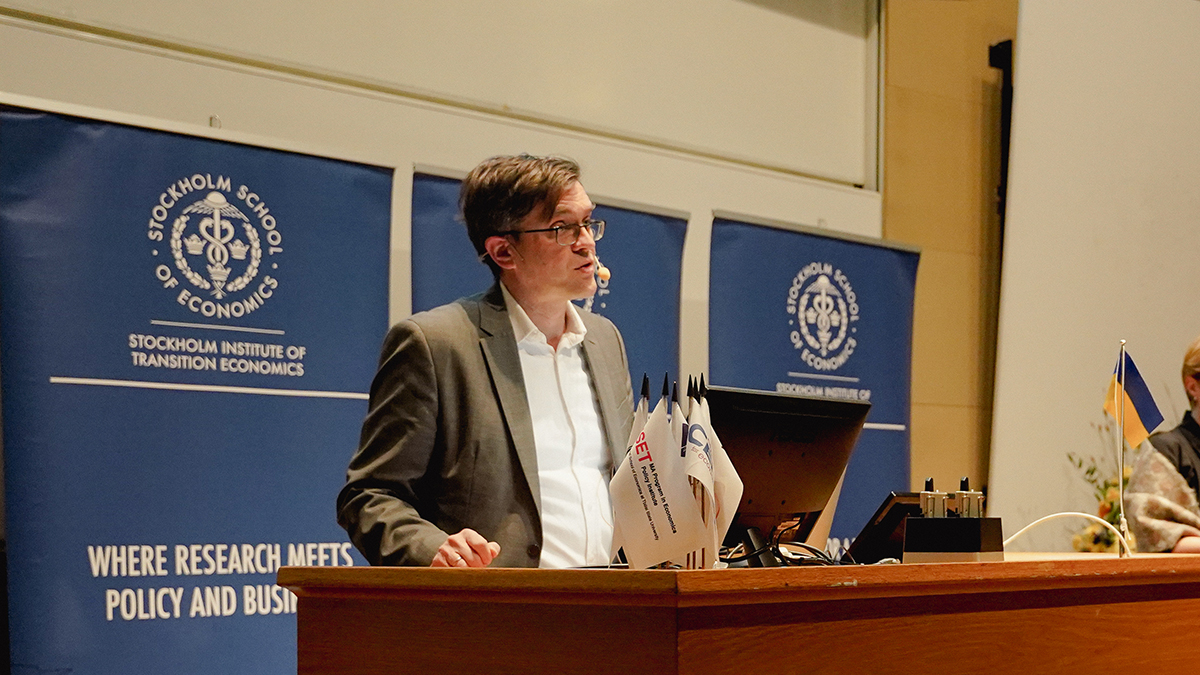 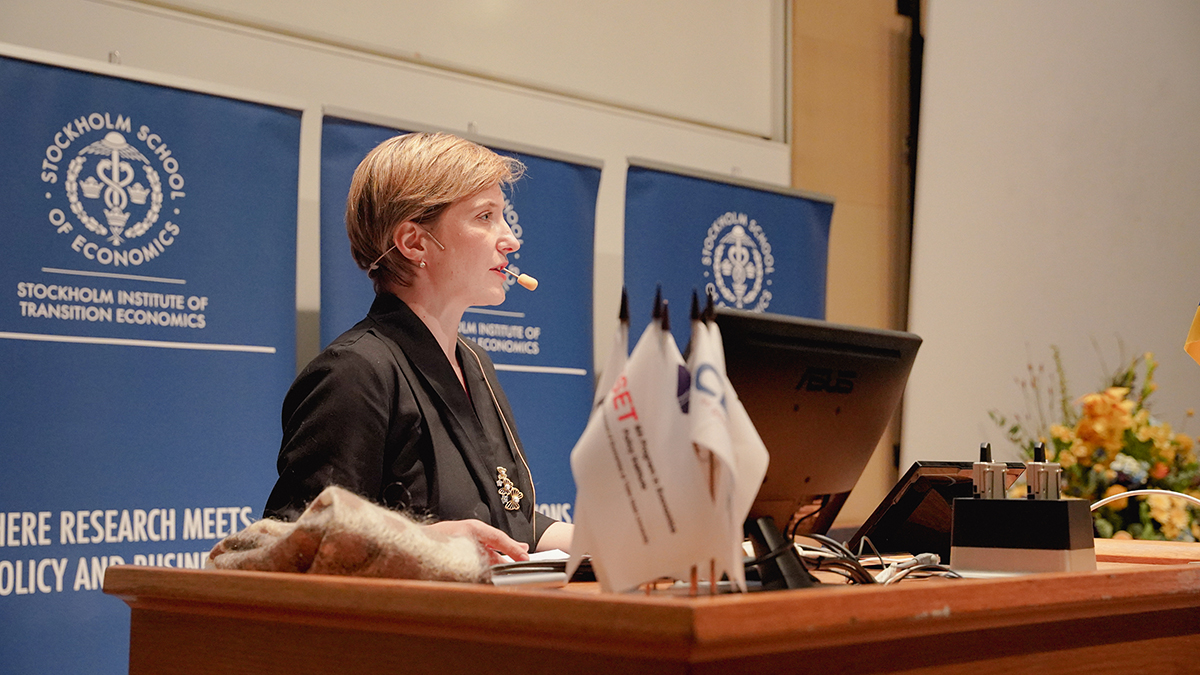 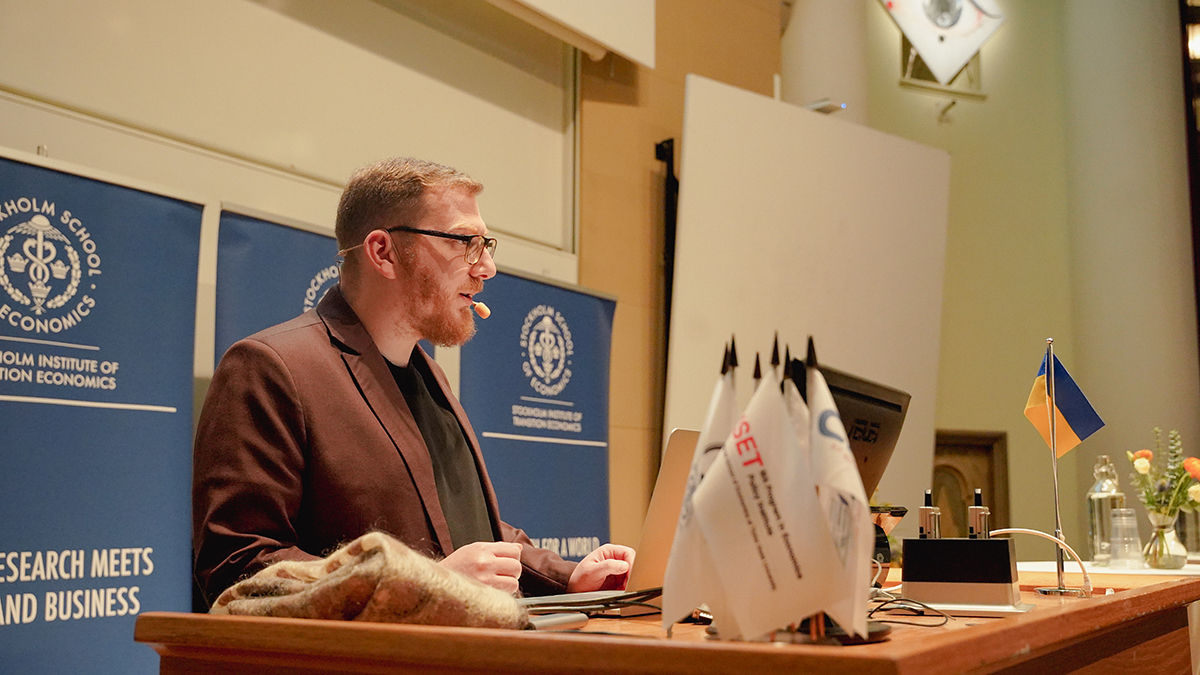 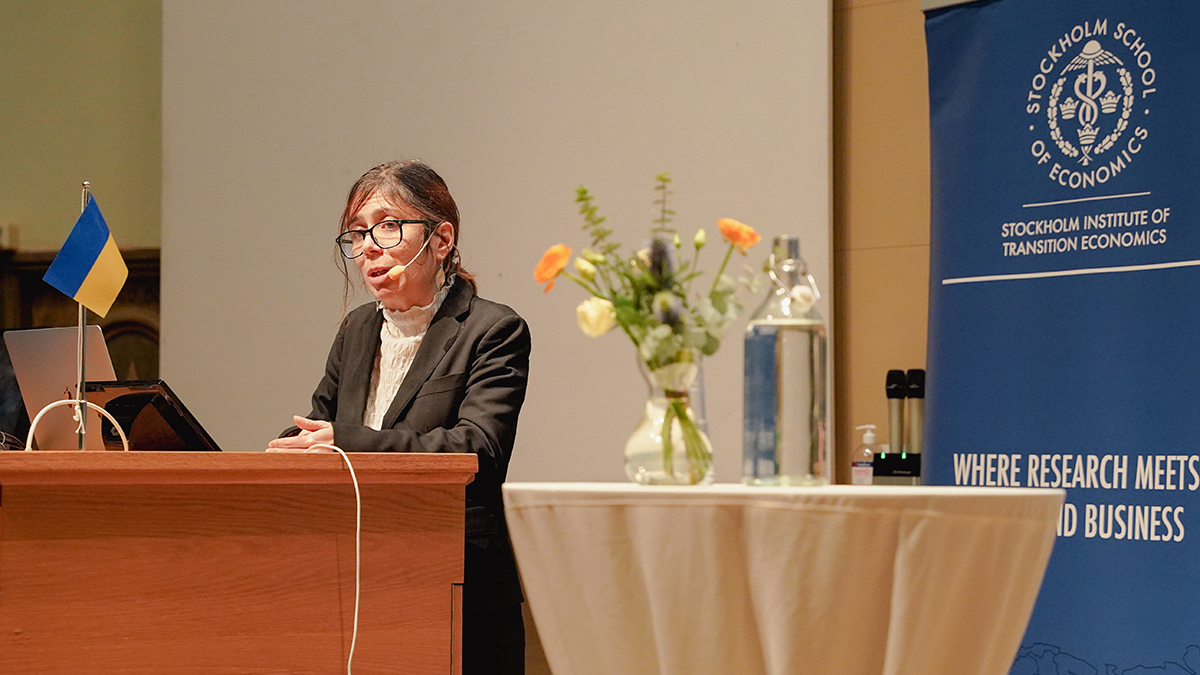 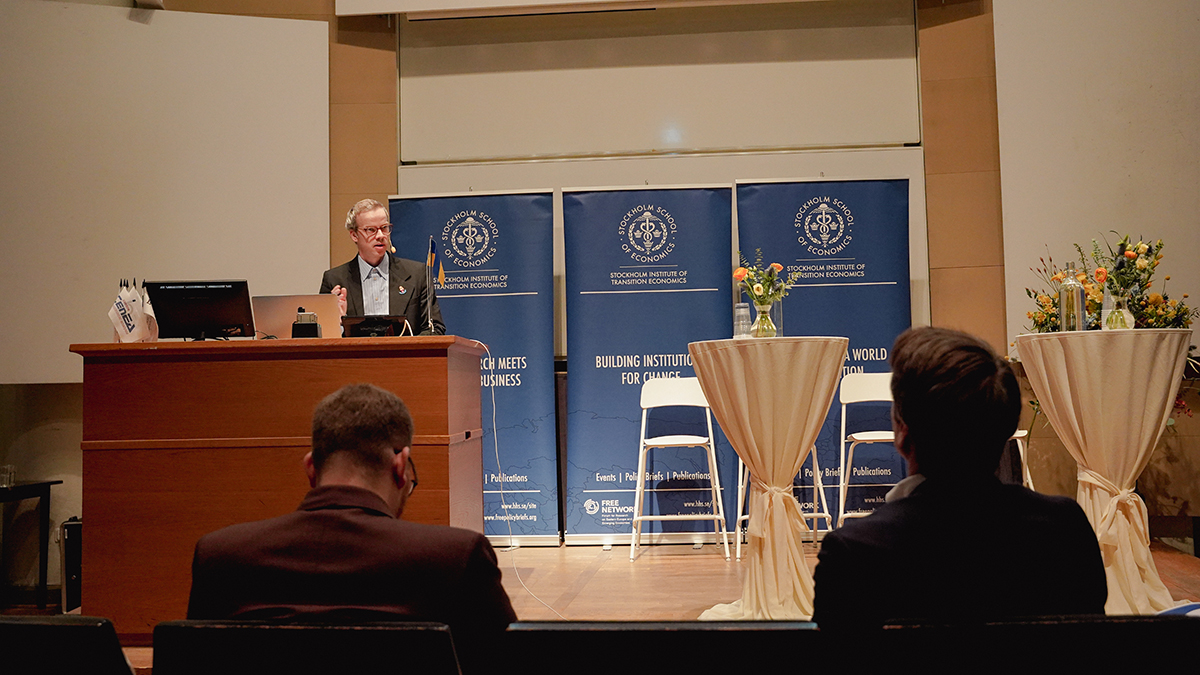 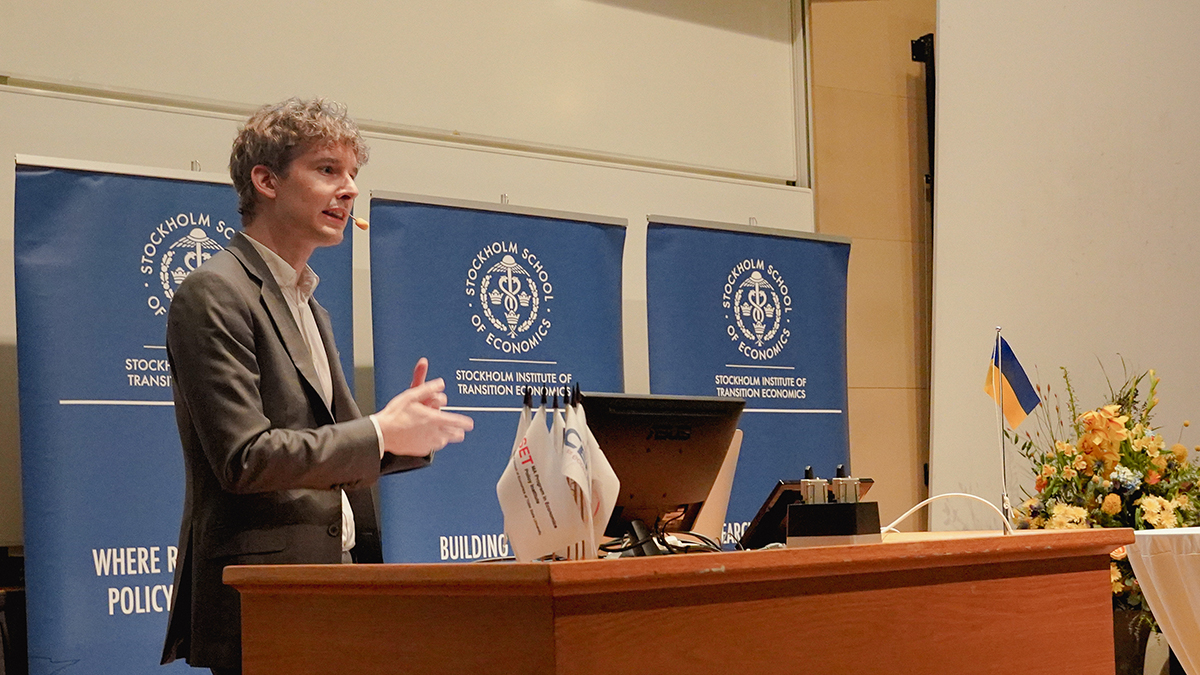 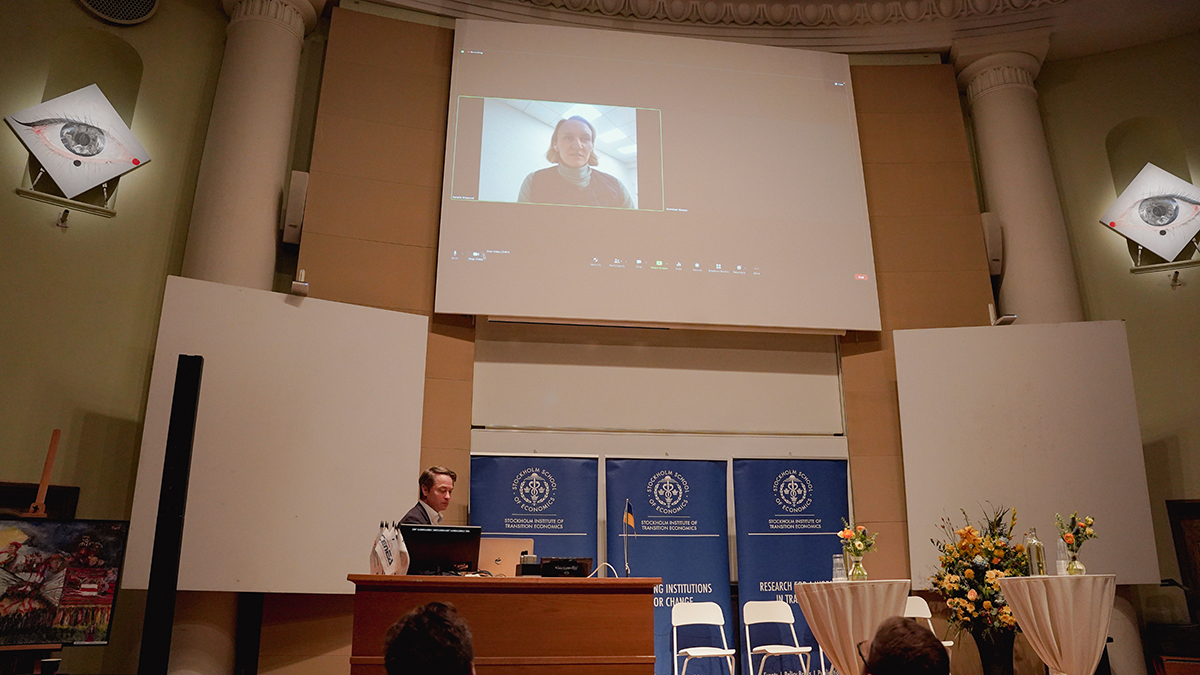 Photo of Nataliia Shapoval, Head of KSE Institute and Vice President for Policy Research at Kyiv School of Economics (on link) and Torbjörn Becker.

Konstantin Sonin: “Why did Putin invade Ukraine? A theory of degenerate autocracy”

Highlights from the webinar: Economic reforms of fragile states - Perspectives from Somalia