The impact of rising gasoline prices on Swedish households – Is this time different?

The world is currently experiencing what can be labelled as a global energy crisis, with surging prices for oil, coal, and natural gas. For households in Sweden and abroad, this translates into higher gasoline and diesel prices at the pump as well as increased electricity and heating costs. In this policy brief, Julius Andersson, Assistant Professor at SITE, together with Celina Tippmann, Research Assistant at SITE, put the current gasoline price in Sweden into a historical context and answer two related questions: are Swedish households paying more today for gasoline than ever before? And should policymakers respond by reducing gasoline taxes?

The increase in energy-related costs began in 2021, as the world economy struggled with supply chain issues, and intensified as Russia invaded Ukraine at the end of February this year. In response, the Swedish government announced on March 14th this year that the tax rate on transport fuels would be temporarily reduced by 1.80 SEK per liter (€0.17) and that every car owner would receive a one-off lump-sum transfer of 1000 SEK in compensation (1500 SEK for car owners in rural areas). This reduction in transport fuel tax rates in Sweden is unprecedented. Since 1960, the nominal tax rate on gasoline has only been reduced three times – and then only by very small amounts, ranging from 0.04 to 0.22 SEK per liter. In this policy brief, we put the current gasoline price in Sweden into a historical context and answer two related questions: are Swedish households paying more today for gasoline than ever before? And should policymakers respond by reducing gasoline taxes?

The price of gasoline in Sweden

Sweden has a long history of using excise taxes on transport fuel as a means to raise revenue for the government and to correct for environmental externalities. As early as 1924, Sweden introduced an energy tax on the price of gasoline. Later in 1991, this tax was complemented by a carbon tax levied on the carbon content of transport fuels. On top of this, Sweden extended the coverage of its value-added tax (VAT) to include transport fuels in 1990. The VAT rate of 25 percent is applied to all components of the consumer price of gasoline: the production cost, producer margin, and excise taxes (energy and carbon taxes). Before the announced tax cut this year, the combined rate of the energy and carbon tax was 6.82 SEK per liter of gasoline. Adding the VAT that is applied on these taxes, amounting to 1.71 SEK, yields a total excise tax component of 8.53 SEK. This amount is fixed in the short run and does not vary with changes in the oil price. Source: Monthly data on gasoline prices are provided by SPBI (2022).

Figure 1 shows the monthly average real price of gasoline in Sweden from 2000 to March of 2022. The price has increased over the last 20 years and is today historically high. Going back even further, the price is higher today than at any point since 1960. Swedish households are thus paying more for one liter of gasoline than ever before. However, a narrow focus on the price at the pump does not take into consideration other factors that affect the cost of personal transportation for households. First, the average fuel efficiency of the vehicle fleet has improved over time. New vehicles sold today in Sweden can drive 50 percent further on a liter of gasoline compared to new vehicles sold in 2000. Arguably, what consumers care about most is not the cost of one liter of gasoline per se but the cost of driving a certain distance – the utility we derive from a car is the distance we can travel. Accounting for the improvement over time in the fuel efficiency of new vehicles (Figure 2), we find that even though it is still comparatively expensive to drive today, the current price level no longer constitutes a historical peak. In fact, the cost of driving 100 km was as high, or higher, in the period from 2000-2008.

Second, any sensible discussion of the cost of personal transportation for households should also factor in changes in household income over time. The average real hourly wage has increased by close to 40 percent between 2000 and 2022. As such, the cost of driving 100 km, measured as a share of household income, has steadily gone down over time. Even more, this pattern is similar across the income distribution; for instance, the cost trajectory of the bottom decile group is similar to that of all employees. This is illustrated in Figure 3. In 1991, when the carbon tax was implemented, an average household had to spend around two-thirds of an hour’s wage to be able to drive a distance of 100 km. By 2020, that same household only had to spend one-third of an hour’s wage to drive the same distance. There is an increase in the cost of driving over the last two years but it is still cheaper today to drive a certain distance, in relation to income, compared to any year before 2012.

Taken all of this together, we have seen that over time, vehicles use fuel more efficiently on the expenditure side, and households earn higher wages on the income side. Based on this, we can conclude that the cost of travelling a certain distance by car is not historically high today. On the contrary, when measured as a share of income, it was 50 percent more expensive for most of the 21st century.

Figure 3. Cost of driving as a share of income It is, however, of little comfort for households to know that it was more expensive to drive their car – as a share of income – 10 or 20 years ago. We argue that what ultimately matters for the household is the short run change in cost – and the speed of this change. If the cost rises too fast, households cannot adjust their expenditure pattern quickly enough and thus feel that the price increase is unaffordable. And the change in the gasoline price at the pump has been unusually rapid over the last 12 months. From the beginning of 2021 until March of 2022, the pump price has risen by around 50 percent.

So, should policymakers respond by lowering gasoline taxes? The possibly surprising answer is that lowering existing gasoline tax rates would be counter-productive in the medium and long run. Since excise taxes are fixed and do not vary with the oil price, they reduce the volatility of the pump price by cushioning fluctuations in the market price of crude oil. The total excise tax component including VAT constitutes more than half of the pump price in Sweden, a level that is similar across most European countries. This stands in stark contrast with the US, where excise taxes only make up around 15 percent of the consumer price of gasoline. As a consequence, a doubling of the price of crude oil only increases the consumer price of gasoline in Sweden by around 35 percent, but in the US by around 80 percent. Furthermore, households across Sweden, Europe, and the US have adapted to the different levels of gasoline tax rates by purchasing vehicles with different levels of fuel efficiency. New light-duty vehicles sold in Europe are on average 45 percent more fuel-efficient compared to the same vehicle category sold in the US (IEA 2021). As such, US households do not necessarily benefit from lower gasoline taxation in terms of household expenditure on transport fuel and are even more vulnerable to rapid increases in the price of crude oil. Having high gasoline tax rates thus reduces – and not increases – the short run welfare impact on households. Hence, policymakers should resist the temptation to lower gasoline tax rates even during the current energy crisis. In the medium and long run, households would buy vehicles with higher fuel consumption and would be more exposed to price surges in the future, again compelling policymakers to adjust tax rates and creating a downward spiral. Instead, alternative measures should be considered to alleviate the effects of heavy price pressure on low-income households – for instance, revenue recycling of the carbon tax revenue and increased subsidies for public transport.

To reach environmental and climate goals, Sweden urgently needs to phase out the use of fossil fuels in the transport sector, which is Sweden’s largest source of carbon dioxide emissions. This is exactly what a gradual increase of the tax rate on gasoline and diesel would achieve. At the same time, it would benefit consumers by shielding them from the adverse effects of future oil price volatility.

The most common response from policymakers goes in the opposite direction. In Sweden, the Social Democrats – the governing party – have announced a tax cut on gasoline and diesel of 1.80 SEK per liter but the political parties in opposition have promised even larger tax cuts. Some proposals would even effectively abolish the entire energy and carbon tax on gasoline. Similar tax cuts have been announced for example in Belgium, France, the Netherlands, and Germany. Therefore, this time is indeed different – but in terms of the exceptional reactions from policymakers rather than in terms of the cost of gasoline that households face. 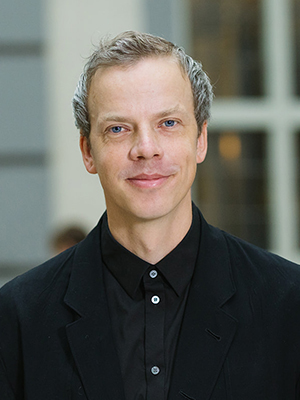 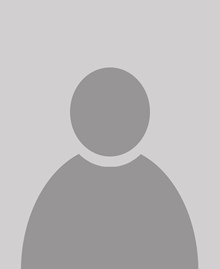 The energy and climate crisis facing Europe: How to strike the right balance

I’ll pay you later: Sustaining relationships under the threat of expropriation