As a response to the attack against the former Russian agent, Britain and 27 other countries have expelled Russian diplomats. President Vladimir Putin is now likely to expel a similar number of diplomats from all the countries involved. In the article “It’s time to go after Vladimir Putin’s money in the West”, Anders Åslund, Senior Fellow at the Atlantic Council and affiliated faculty member of SITE, suggests a different response that he believes would be more effective – address the problem of anonymous ownership and go after the money that the Putin regime has moved to the West. 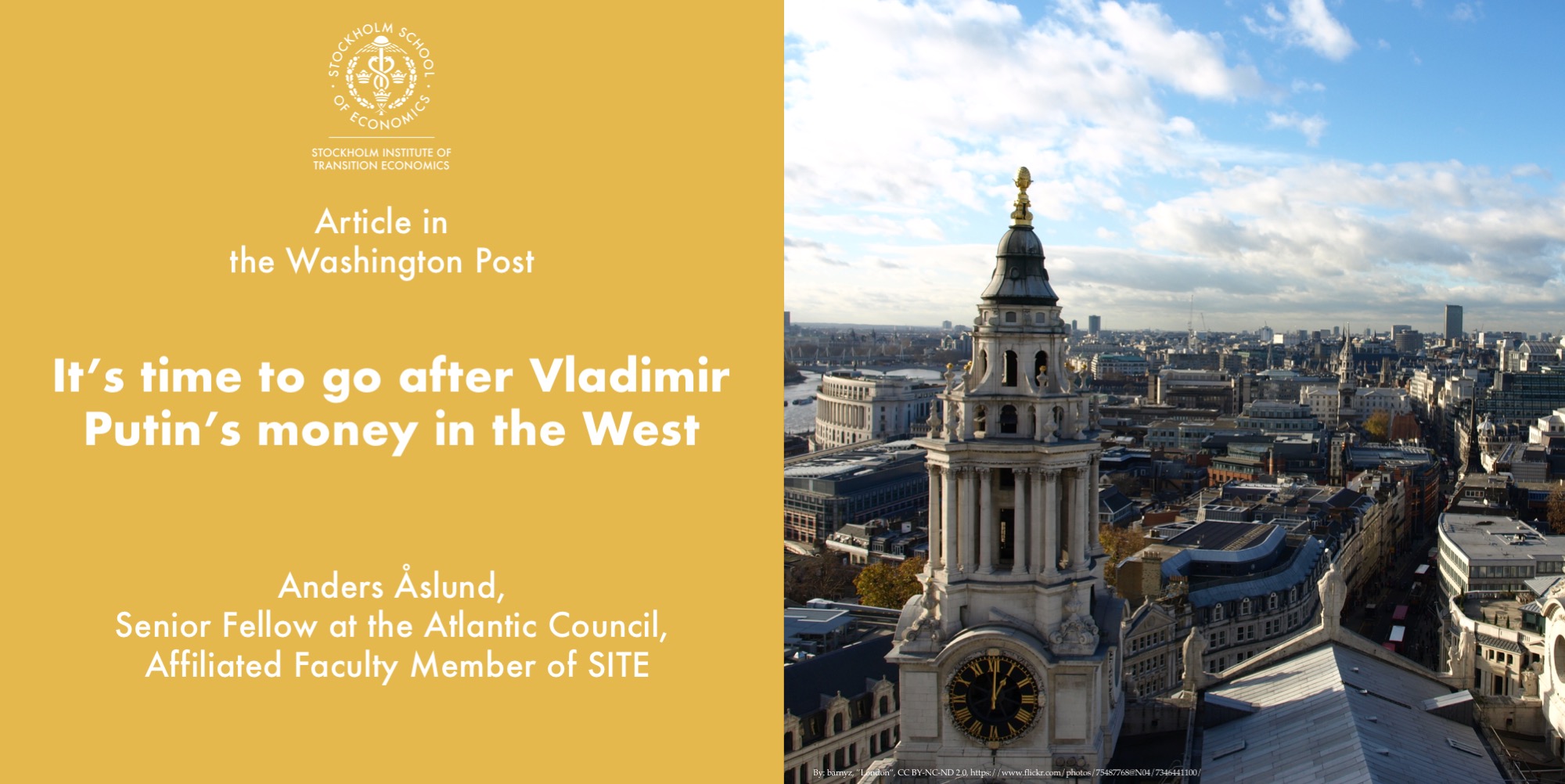 Interested in finding out more? Read the full article here.

Anders Åslund was the founding director of SITE from 1989-94 and is currently Senior Fellow at the Atlantic Council in Washington, D.C. Dr. Åslund has served as an economic adviser to several governments, notably the governments of Russia (199-94) and Ukraine (1994-97). He is chairman of the Advisory Council of the Center for Social and Economic Research, Warsaw, and of the Scientific Council of the Bank of Finland Institute for Economies in Transition. He is a leading specialist on Economic Policy in Russia, Ukraine and East Europe.

Promises and Conventions – An Approach to Pre-Play Agreements

Closing the Gender Gap in Education: What is the State of Gaps in Labor Force Participation for Women, Wives and Mothers?

EU-Russia Gas Relationship at a Crossroads