"The Nobel Prize to William Nordhaus is a disgrace"

It is often said that awarding the Nobel Peace Prize to Henry Kissinger is the most shameful episode in the prize’s history, but I wonder if giving the Economics Nobel to William Nordhaus might not be worse. Nordhaus has long been an influential advocate of going slow on climate action, with the motivation that it is better to wait until the future when we’ll be richer. As the Economist described his reasoning in a 2009 article: “Since future generations will probably be much richer than we are, it makes no more sense for us to sacrifice our well-being for them than it would to expect 18th-century peasants to go without gruel so we can buy more computers.” Underlying this logic is a conflation of real and monetary resources, where it is implied that we can make ourselves richer by not spending. Transitioning to a sustainable society is about shifting resources from one set of sectors to another (e.g. from fossil fuels to alternatives); it involves spending vast sums of money, but that is just another way of saying that it involves vastly increased investment – normally viewed as a good thing. You could turn Nordhaus’s argument around and say that if we are to make investments in climate mitigation, it is better to do so as early as possible to maximize the payoff. Would you rather put a 100 dollars in an index fund today or in 20 years? Nordhaus’s argument is all the more strange considering that global warming is not linear, but beset by tipping points and feedback loops that could make temperatures rise exponentially. This makes it important invest as much as possible early in the process, before it spins out of control. Nordhaus has changed his tune in recent years – it turns out waiting wasn’t so smart after all, and it would have been better to take action decades ago, before it was too late. Oh well. It is interesting that the greatest defender of stalling on climate action is awarded a Nobel prize at the same time as a new IPPC report states that because we have waited so long, avoiding complete climate catastrophe now requires "rapid, far-reaching and unprecedented changes in all aspects of society”. 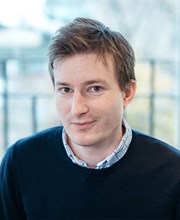 How Nordhaus and Romer can cool the global warming

The significance of Nordhaus and Romer winning the Nobel Prize in Economics 2018, on the day after the publication of the IPCC special report, adds a positive dimension towards meeting the global environmental challenges. This report calls for the impact of global warming to be limited to 1.5°C, whichrequires a strengthened global response to the threat of climate change, sustainable development and efforts to eradicate poverty. Nordhaus’ research on economic analysis of climate change propagates the use of carbon taxation to reduce emissions whereas Romer’s research shows how well-regulated markets can lead to technological development and sustainable economic growth.
Nordhaus has done extensive work on climate change models. His work on green accounting in “Is Growth Obsolete?” raises the critical issue of sustainability. Refining his earlier work, Nordhaus developed a general approach to estimating the costs of climate change (Dynamic Integrated Climate-Economy Model). He argues that climate change should be considered a “global public good,” but should not be regulated, through a command-and-control approach. Instead, the market forces should be employed by agreeing on a global price (by trade or taxes) for burning carbon that reflects its full cost (including externalities). Nordhaus has also written part of the Clean Air Act that gave the US government the right to regulate as yet unmentioned pollutants in the future.
Romer’s work furthers our understanding of the long-term determinants of economic growth and the importance of technological change and innovations. He demonstrates how economic forces govern the willingness of firms to produce new ideas and innovations. His published work in the 1990s led to the development of the endogenous growth theory, that explains how ideas are different and require specific conditions to thrive in a market. Romer explains that the non-rival nature of ideas can boost ongoing and “endogenous” economic growth.  His research has generated further research into the regulations and policies that encourage new ideas and long-term prosperity. Romer’s work on economics of growth has led to the concept of “charter cities”, an economic region with external or foreign governance, so as to enforce the rule of law and stimulate economic growth. Romerargues that policy makers should stop trying to adjust the business cycle and instead focus on promoting new technology.
Agenda 2030 Sustainable Development Goals, Paris Agreement and the IPCC special report –  all point to the incremental environmental challenges. While Nordhaus and Romer suggest that market forces can resolve these challenges through carbon taxation and technological development, Nordhaus himself warns of problems. In a recent paper, Nordhaus cautions that it is “unlikely” that nations can achieve the 2°Ctarget outlined in the Paris Agreement and acknowledges that the “carbon price needed to achieve current targets has risen over time as policies have been delayed.”

Visiting Professor at Misum, leading the research platform on Innovating Markets. She is also a Professor of Economics at Södertörn University, Stockholm 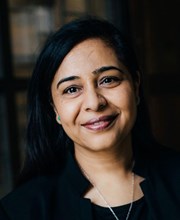