Thanks to a collaboration between Maria Bonnier Dahlin Foundation, Bonniers Konsthall and Stockholm School of Economics, works from the foundation are being displayed at SSE for a longer period of time. To increase the variation, some works have during October 2021 been exchanged by others. We welcome works by Olof Marsja, Sunniva McAlinden, Per Hüttner, Helena Mutanen, Lisa Jonasson and Hilde Retzlaf to the school. 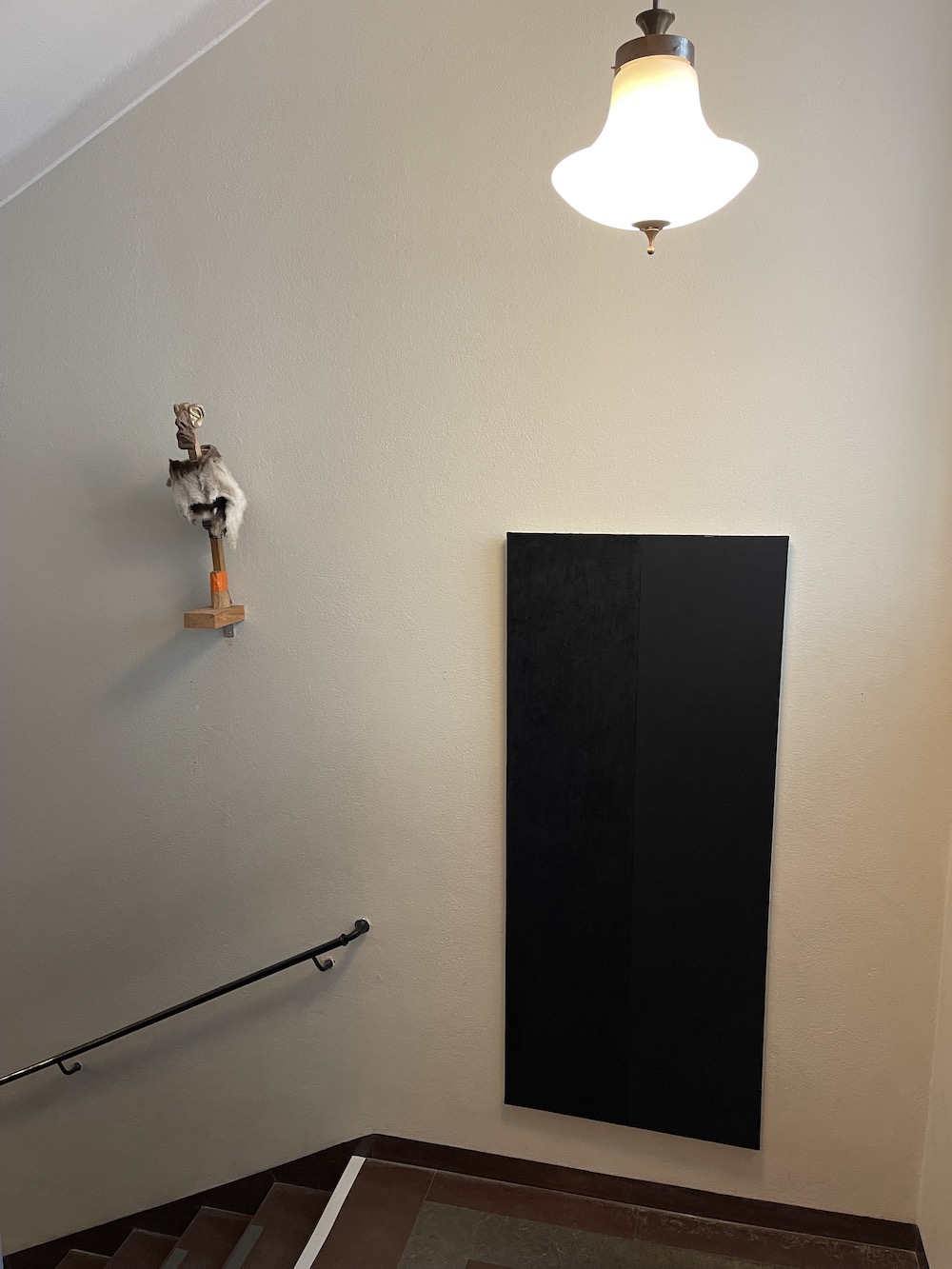 In The Bonnier Staircases, the two busy and monumental staircases flanking SSE's entrance at Sveavägen 65, works by some of the most interesting Swedish artists today are shown since two years. To increase the variation, some works have during October 2021 been exchanged by others. We say bye bye to works by Cecilia Edefalk, Mamma Andersson and Roger Risberg, and we welcome new artworks by Olof Marsja, Sunniva McAlinden, Per Hüttner, Helena Mutanen, Lisa Jonasson and Hilde Retzlaf to the school.

- Art opens windows to new realities. In addition, the works in The Bonnier Staircases will increase knowledge about the development of Swedish contemporary art during the last decades, says SSE President Lars Strannegård.

The Maria Bonnier Dahlin Foundation was established in 1985 by Jeanette Bonnier in memoriam of her daughter Maria, who tragically deceased in a car accident.  Since 1986, the foundation has been handing out yearly scholarships to reward and raise attention about promising young Swedish artists. The collection constitutes an aesthetic exposé of more than 30 years of Swedish art; its diverse techniques, influences, and artistic themes.

The Stockholm School of Economics is grateful for the generous support from the Maria Bonnier Dahlin Foundation and Bonniers Konsthall making The Bonnier Staircases possible.

Art Initiative
Read about the artworks here
Link to The Maria Bonnier Dahlin Foundation
The Bonnier Staircases
About Art Initiative
Paris Canal St Martin, 2005, by Per Hüttner hangs in the northern staircase at SSE.