Webinar | Strategies to opening up after the pandemic

The Stockholm Institute of Transition Economics (SITE) in collaboration with the FREE Network is delighted to invite you to a webinar to share insights and knowledge on different strategies implemented in vaccination, opening up the borders and the socioeconomic aspects within Sweden, Eastern Europe and the Baltic Sea region, and the Caucasus region.
Start time: 2021-06-22 at 10:00
End time: 2021-06-22 at 12:00
Location: On Zoom. Registration required!

Since vaccination has started across all over the world, it is vital to reflect upon the road map different countries have chosen to open up societies and economies. How will countries in Eastern Europe and the Baltic Sea region, and the Caucasus region handles the opening of their respective borders and what lies next in line to go back to a pre-pandemic societal routine?

The webinar is part of a series of online discussions aiming to provide a regional overview updates as well as in-depth analysis of specific topics related to the COVID-19 pandemic. Since the FREE Network includes research and policy institutes in Belarus (BEROC), Latvia (BICEPS), Russia (CEFIR at NES), Poland (CenEA), Georgia (ISET PI), Ukraine (KSE) and Sweden (SITE) the upcoming webinar will provide a comprehensive regional perspective on different strategies implemented in vaccination, opening up the borders and the socioeconomic aspect.

Learn more about the different strategies in FREE Network countries and ask questions directly to distinguished panelists and experts: 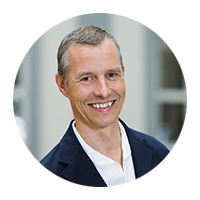 Jesper Roine is Professor at the Stockholm School of Economics and the Deputy Director at the Stockholm Institute of Transition Economics (SITE). Most of his research concerns income and wealth distribution and long-run development, but he has also worked on political economy and the impact of natural resources on the economy.

In addition to his research, Roine participates widely in the policy debate. He is one of the founders and regular contributor to the economics blog ekonomistas.se (written in Swedish). Roine has written a number of reports on issues such as globalization and the income distribution, the future of the Swedish welfare state, and how the Swedish government should manage its mineral resources. He is currently a member of the government’s commission on the future of work. 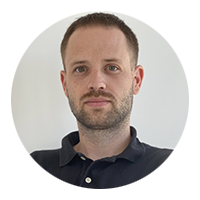 Iurii is responsible for the development of unique and complex research for key KSE Institute projects, acts as a project leafer and involves in project implementations as a researcher. He supervises analytical and research activities of KSE Institute, takes active part in strategic planning and consulting. Iurii holds a PhD degree in Mathematics from Taras Shevchenko National University of Kyiv, and held a PostDoc position at the University of Potsdam, Germany.

Lev Lvovskiy is a Research Fellow at BEROC. He received his Bachelor’s degree from Perm State Technical University in 2010 and he obtained his Ph.D. in Economics from the University of Iowa in 2017. Lev Lvovskiy has been focusing his research on areas such as macroeconomics, demographic economy, economic inequality, and income uncertainty.

Director of the Centre for Economic Analysis (CenEA/ Poland) 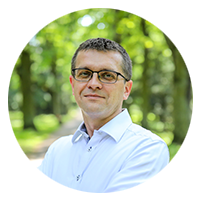 Michał Myck is director of CenEA. He previously worked at the Institute for Fiscal Studies in London and at the DIW-Berlin. He received his B.A. and M.Phil. degrees at the University of Oxford (PPE – 1997, Economics – 1999), Ph.D. degree at the University of Warsaw (2006) and completed his habilitation at the Free University Berlin (2015). His work focuses on labour and health economics and applied micro-econometrics. 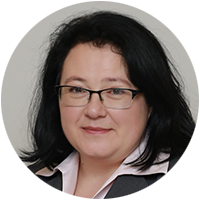 Natalya Volchkova is a Director of the Centre for Economic and Financial Research (CEFIR at NES) and a Senior Lecturer at the New Economic School (NES) in Moscow, Russian Federation. She holds a Ph.D. from the Central Economic and Mathematics Institute of Russian Academy of Science.

Her research interests are in the areas of international trade theory and policy, natural resource economics and corporate governance. 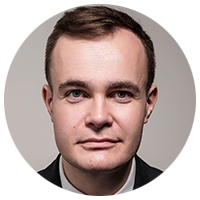 Gubins has a number of research papers published in peer-reviewed economic journals. Currently, there are several papers submitted to journals in a revise-and-resubmit stage. While at Certus, Gubins wrote on various policy-related economic topics. Among other, he wrote a demographic projection study in which he assessed potential migration flows to and from Latvia through economic determinants.

He has extensive experience in the analysis of large databases on individual-level. Gubins has received a number of awards for outstanding research and scholarships including the Huygens scholarship from the Dutch Government. 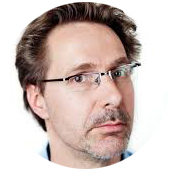 Olofgård’s primary research areas are political economy, development and applied microeconomics, and he has published widely in both economics and political science journals. He has also been a visiting scholar at the research department of the IMF and done work for among others the World Bank, USAID and the Swedish Parliament.

Read about the highlights from the previous online events:

On Zoom. Registration required! at 10:40

On Zoom. Registration required! at 10:40