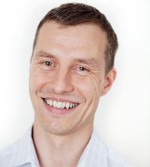 Jesper Roine, Associate Professor at the Stockholm Institute of Transition Economics comments on the two prizewinners:  ​

Romer is awarded the prize for his insights on how "ideas" fundamentally change the conditions for economic growth. Unlike most products and inputs to production, ideas are such that one person's use of them does not affect the opportunities for someone else to use them at the same time, they are so called “non-rival and non-excludable goods". In turn, this means that ideas have "positive externalities" - that is, whoever generates an idea will contribute more to development than what "private economic calculations" take into account, which, in turn, has important implications for economic growth.

Nordhaus, on the other hand, receives the prize for integrating economic models in a world where the environment both affects, and is affected by, the economy. The focus lies on how economic growth generates greenhouse gas emissions (primarily carbon dioxide), leading to warming and thereby affecting the conditions for life and thus, naturally, also the economy. A parallel to Romer's research is to be found in the existence of "externalities", although here they are negative. If we do not, for example, tax carbon dioxide emissions, individual actors will emit too much carbon dioxide compared to what is optimal.

Besides being concerned with different aspects of externalities, both laurates address fundamental conditions for long-term economic growth and are applied frequently in a number of contexts - in everything from how we should design policies for growth generation (why it may be wise to subsidize basic research, for example), to attempts to assess the consequences of global warming (as in the work by the IPCC and in the so-called Stern Report, for example).​

Stockholm School of Economics has uniquely close ties to the Prize in Economics Sciences in Memory of Alfred Nobel. Two of our professors currently serve on the Committee for the Prize in Economic Sciences, each year’s laureate visits our school every December, and our students arrange the annual Nobel Nightcap every four years.

How can employment be increased across all age groups?