Our researchers' take on inflation

Inflationary risks are on the rise. We’ve spoken to some of our leading researchers about how inflation is affecting their fields, ranging from investment, real estate, the household economy, and forecasting. 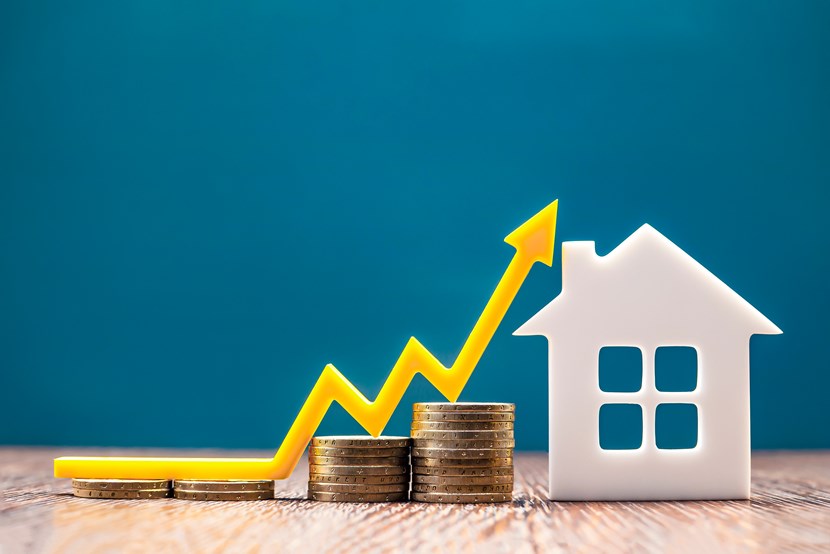 Pandemic-induced demand and supply shocks, and the war in Ukraine with sanctions on Russia, combine to produce a ripe environment for higher prices. Whether or not inflation is here to stay, and if it will be exacerbated by a recession is still unclear; but it is certainly a concern that’s top of mind for many households, investors, and policymakers alike.

Looking at nominal bonds, these are set to underperform with inflation. This is definitively the case for long-term bonds, but the jury is still out for how cash or short-term bonds will perform. The conventional wisdom is that stocks and real estate will perform reasonably well in an inflationary environment. I believe however that it depends on what type of inflation we have, and how economic growth develops. Empirical research shows that stocks and real estate respond well to energy inflation shocks, but not to core inflation shock. Core inflation is what central banks tend to focus on, and for capital market participants, it seems to be an open question whether we will have short or more prolonged periods of inflation.

The larger concern is whether we are entering a recession alongside rising inflation (i.e. stagflation). In that case, it will be hard for any traditional asset class to perform well. A period of high inflation tends to be beneficial for commodities, but not all investors have the capacity to invest in commodities, and the current emphasis on ESG investing makes it tricky.

A period of high inflation and low economic growth tends to be beneficial for real bonds. However, there may be opportunities within asset classes; for example, the ten-year outperformance of growth stocks relative to values stocks has turned around. Also, some hedge funds may be better equipped to thrive in the new macro-economic environment; the recent performance of many trend-following strategies like Managed Futures, for example, have been stellar.”

“Properties are the archetypical long-lived real assets, generally considered a good hedge against inflation and sensitive to long-term real interest rates. So far, real estate – both commercial and housing – has done well in the recent turbulent environment. How they fare in the future will depend on the balance between inflation and interest rates. If central banks increase interest rates aggressively, as we saw in the U.S., real estate is likely to take a hit in the short run until inflation hopefully stabilizes. If the inflation risk remains high, real estate will be more attractive than other assets, while a high and variable inflation will hit growth and harm real estate values.

After a long period of rising housing prices, households in Sweden and many other countries have become more indebted than ever before. Increased interest rates combined with higher living costs will put many households under pressure, particularly if they are subject to flexible rate mortgages. We see tendencies of a shift towards fixed rates, which will further increase interest expenditures in the short term. This puts additional pressure on house prices. Highly leveraged households hence risk having their equity reduced or even wiped out, which would exert further downward pressure on house prices. In a worst-case scenario this could start a spiral of falling prices that may be difficult to curb with monetary policy, in perspective of the goal to contain inflation.”

CRYPTO: Volatility in Cryptocurrency markets makes it a bad hedge against inflation

“Nowcasting, in general, is defined as the prediction of the present, the very near future and the very recent past. The term is a contraction for now and forecasting. Nowcasting is relevant in economics because key statistics on the present state of the economy are only available with substantial delay. This is particularly true for the data collected on a quarterly basis, such as Gross Domestic Product (GDP), or monthly, such as inflation.

The basic principle of now-casting is the exploitation of both ‘hard’ (e.g., industrial production), and ‘soft’ (e.g., surveys) information, which is published early and possibly at higher frequencies than the target variable of interest, in this case inflation, in order to obtain an ‘early estimate’ before the official figures become available.

Eventually, once the Consumer Price Index (CPI) is released, the nowcasting “forecast” will coincide with the actual released value of the CPI.  In simple terms, the nowcast of the inflation is a real-time changing forecast of the upcoming CPI release. The Cleveland FED produces daily nowcasts of the monthly and quarterly inflation (e.g., CPI, core CPI, the Personal Consumption Expenditures (PCE) and core PCE), which are publicly available here.

The implications for pricing financial assets are obvious: for example, many contracts are written on assets whose value is determined by inflation (e.g., mortgage). Hence, an ‘updated’, real-time estimate of inflation, or an improved inflation expectation, is key to properly managing financial risk. Bonds and equity markets are also largely affected by inflation expectations, and will often react strongly to the CPI release.

Sophisticated investors are well aware of the concept of nowcasting inflation, and probably use their own ‘nowcasting’ models to forecast various macroeconomic variables. I suspect that the substantial price reactions to CPI surprises which we sometimes witness, imply that the ‘market expectations’ of inflation are far off the mark from what the nowcasts imply, which allows financial practitioners to benefit from their use.

As of today (June 22, 2022), the Q2 US inflation nowcast lies above 10%. Q2 inflation expectations from the OECD are at a total of 7.6%. That implies a 2.5% gap between expected inflation and the ‘most likely’ scenario of the actual Q2 realized CPI number. Hence the market outlook appears less pessimistic than what the data seems to say.”

"While fixed income instruments like bonds were attractive in a period of low inflation and interest rates, individual investors struggled to secure sufficiently high yields to meet future expenditure or liability commitments. The average 10-year government yield has been only 2% in the U.S. and 80bp in Sweden, while the 30-year U.S. Treasury yield has been only 2.7% on average—a difficult environment to securely invest for the long term.

Fixed income funds expose investors to changes in the valuation of certain classes of bonds and not to the yield promised by those bonds. By investing in a government bond fund targeting a 10-year maturity, a long-term retail investor will not lock in the 10-year government yield and will instead suffer the depreciation of 10-year bonds induced by rising interest rates. Her capital will be depleted instead of earning interest as rates increase. To earn and lock in the 10-year yield, she should instead buy 10-year government bonds directly and hold them until maturity.

As interest rates increase, fixed income markets will become more attractive for long term investors reaching for yields, and households will likely tag along. How many retail investors are aware of the risks involved in investing in bonds vs. bond funds? Is the banking sector prepared to promote and allow households to invest directly in fixed income securities? What about the distinction between inflation protected bonds and nominal bonds (and their mutual funds counterparts)?

In the field Household Finance, we study how households use financial markets to achieve their goals. In the last decades, we have given lots of attention to retail investor decisions in equity markets. With rising inflation and interest rates, I believe the field will shift focus to fixed income markets and the consumer protection and portfolio choice issues induced by increasing interest rates. Hopefully, academics will be able to access the necessary data to study how households invest in these markets, and thus join regulators and the banking sector in helping household avoiding costly and potentially long-lasting financial mistakes."

Media representatives are welcome to contact Fathin via phone or email.