A huge congratulations to Yingjie Qi who will join Copenhagen Business School (CBS) as Assistant Professor this academic year. Yingjie Qi, originally from China, has a Masters Degree from Washington University in St. Louis and a PhD from the Stockholm School of Economics (SSE). She has recently been offered a role at one of the most competitive departments in the Nordic region. In an interview, Yingjie Qi shared cutting-edge research from her job market paper Big Broad Banks: How does Cross-Selling Affect Lending?”. 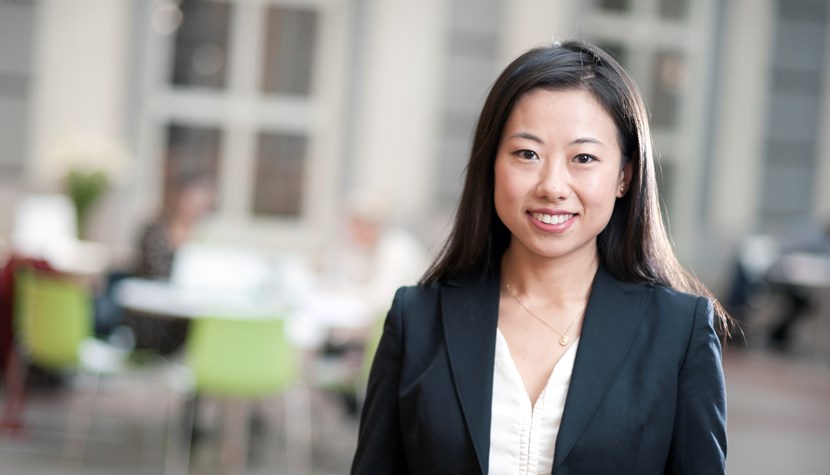 An Overview: “Big Broad Banks: How does Cross-Selling Affect Lending?”

Cross-selling is the strategy of selling additional services and products to the same borrower - a ubiquitous practice in modern commercial banking. According to Yingjie, cross-selling has shifted the composition of banks earnings, making it a controversial topic. In her job market paper, she tracks internal data from one of the largest Nordic banks to present evidence that cross-selling in banking affects banks’ incentives towards borrowers. Her findings can be directly applied in the context of analysing banks’ preferences in credit allocations, especially during recessions, shaping public policy and balancing trade-offs for financial stability.

Benefits From Cross-Selling: Boosted Credit Supply and Lenience in Delinquency

In her paper, Yingjie presents evidence that cross-selling alters banks incentives towards corporate borrowers, and documents two benefits that follow. Namely, that cross-selling incentivizes banks to extend access to credit, especially during recessions when capital is extra valuable and, to be more lenient with delinquencies (i.e. pausing or waiving interest payments when borrowers are in distress).

However, why would cross-selling alter a bank's behaviour? The explanation to this question can be found by looking at the two underlying economic forces behind these benefits. That is, the information story and the profit story. To begin with, increased interaction provides banks with more information in terms of cash flows, ultimately modifying their behaviour. There is consistent evidence of this, and Yingjie stresses the role that information gathering plays: “Because these firms share transaction information with you, do leasing with you, do factoring with you etc., you end up with a lot of additional information. The additional proprietary information makes lending decisions more informed, and that is why a bank would behave differently for instance the bank reviews the firm less and less frequently”.

As for the profit story, this seems to be customary to banks, although largely understudied in literature. Hence, Yingjie's contribution boils down to empirical evidence showing it is not only information that changes banks behaviour towards borrowers, but also profit itself. As a consequence, banks are more likely to extend benefits to firms from which they are able to extract more rent from, spanning over several dimensions. Particularly, when the products are empirically shown to be more profitable and contribute to a thick margin.

According to Yingjie’s findings, banks are likely to provide special treatment to profitable firms on the cross-selling dimension. Although, what implications could this new dynamic have in the event of a financial crisis? According to evidence, banks develop a preference towards borrowers in a recession, and favours customers with cross-selling relationships with them. Yingjie underscores this point by adding: “When borrowers stop being simple debtors, it changes banks’ incentives.” From a financial stability perspective this is positive, since it could prevent banks from freezing up funding in a recession. She emphasizes this point by adding: “In crisis time, it is observed that banks are more willing to extend credit to these borrowers, even though it is very costly and requires them to put aside a lot of capital by regulation. The bank would try to make sure you survive, because of the future rents from the relationship.”

However, Yingjie explains that a natural extension could mean that a firm also receives less favourable treatment if it breaks or damages the profitability of the relationship. This becomes particularly important in the context of firms switching to cheaper fintech alternatives like iZettle and Klarna - a shift that could damage that relationship. In relation to this, Yingjie highlights that firms usually switch due to financial constraints, and are, in fact, the same firms that need the insurance provided by a relationship bank. Hence, it seems that the price of disloyalty may be high. Although, Yingjie concludes that this would not be an issue if Klarna and iZettle’s long term ambition was to become banks.

Finally, what are the policy implications of these findings? In recent years, there have been heated debates about not narrowing the scope of banks activities on the cross-selling dimension. Mainly due to the reason that it could hurt information collection. According to Yingjie, policy-makers might also take a cautious approach considering that it could hurt profit itself. From a policy viewpoint, cross-selling changes banks' traditional role of supporting borrowers and hence is positive for financial stability when there is a crisis or when firms are in delinquency.

On the downside, however, this could mean that some firms will be discriminated against. Since credit allocation decisions of banks are affected by what kinds of product they are offering and the profitability of those products, this also means that it will be easier for certain firms to form profitable relationships. For instance, when considering a small tech company or a one person designer firm it is likely that they are not in need of transaction management or leasing. In turn, there is a risk that they may be discriminated against for failing to establish a profitable relationship. Therefore Yingjie stresses that an optimal policy must balance financial stability and factor in potential discrimination, since they are two sides of the same coin.

Yingjie initiated her paper ‘Big Broad Banks: How does Cross-Selling Affect Lending?”’ during a PhD at the Stockholm School of Economics. She describes the collegial atmosphere and day-to-day observations of how the professors at the department conduct research as two of the things that she particularly cherishes. In her new role as Assistant Professor at CBS, Yingjie will partly conduct her own research and assist in teaching. Her main driving force behind pursuing a career in academia stems from her curiosity in many economic questions along with the constant challenges and rewards that this profession offers. Her aspirations for the future is to publish the paper in an academic journal and make contributions to a better finance industry.

We are grateful to have had Yingjie Qi with us at the Swedish House of Finance, and we would like to wish her the best of luck on future endeavours! 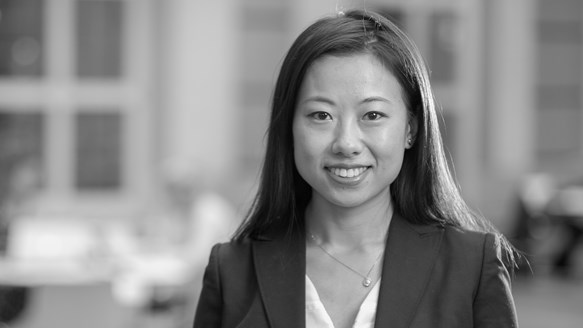