The Europol is The European Union Agency for Law Enforcement Cooperation, fighting international crime. Mr Robert Wainwright has a background in British Intelligence and is since a couple of months active in the area of Cybercrime within Deloitte. 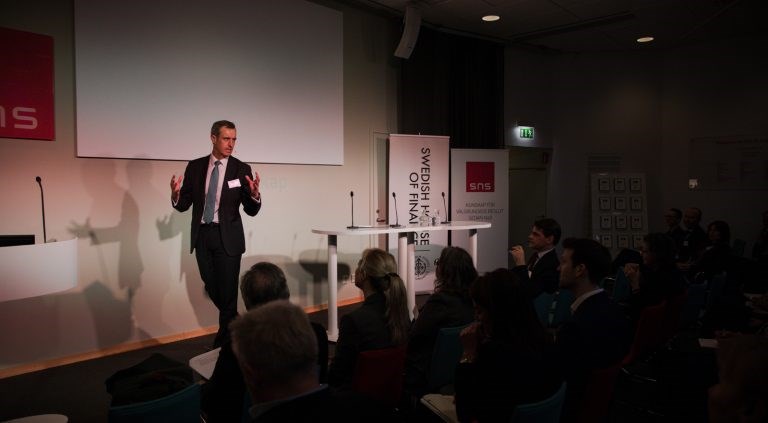 Europe has in the last couple of years seen numerous cases of Money Laundering. The Finance Panel invited Mr Robert Wainwright, former head of Europol, to talk about Money Laundering in Europe. How are the transactions done and who is behind them? How big is the problem? Is Anti Money Laundering being pursued in an efficient manner?

The Finance Panel is a meeting forum for the financial sector, hosted by SNS and the Swedish House of Finance.

Swedish House of Finance at the Stockholm School of Economics is Sweden’s national research center in financial economics.

The meeting was held in Swedish and moderated by Pehr Wissén, Ph.D. economics, senior adviser, Swedish House of Finance at the Stockholm School of Economics.