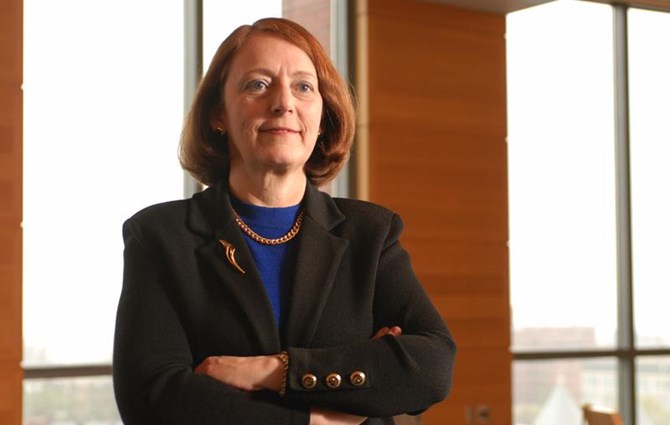 Dr. Olivia S. Mitchell is the International Foundation of Employee Benefit Plans Professor, as well as Professor of Insurance/Risk Management and Business Economics/Policy; Executive Director of the Pension Research Council; and Director of the Boettner Center on Pensions and Retirement Research; all at the Wharton School of the University of Pennsylvania which she joined in 1993. Concurrently Dr. Mitchell serves as a Research Associate at the NBER; Independent Director on the Wells Fargo Fund Boards; Co-Investigator for the Health and Retirement Study at the University of Michigan; Member of the Executive Board for the Michigan Retirement Research Center; and Senior Research Scholar at the Singapore Management University. She also advises the Centre for Pensions and Superannuation UNSW, is Faculty Affiliate of the Wharton Public Policy Initiative, and is Vice President of the American Economic Association. She received the MA and PhD degrees in Economics from the University of Wisconsin-Madison, and the BA in Economics from Harvard University. Dr. Mitchell was awarded the Doctor Rerum Publicarum Honoris Causa, Goethe University of Frankfurt; Doctor Oeconomiae Honoris Causa, University of St. Gallen; and an honorary Master’s degree from the University of Pennsylvania.

Professor Mitchell’s professional interests focus on public and private pensions, insurance and risk management, financial literacy, and public finance. Her research explores how systematic longevity risk and financial crises can shape household portfolios and work patterns over the life cycle, the economics and finance of defined contribution pensions, financial literacy and wealth accumulation, and claiming behavior for Social Security benefits. Her research has appeared in leading academic journals including the American Economic Review, the Journal of Political Economy, the Journal of Public Economics, and the Review of Finance, and it has been featured in outlets such as The Economist, the New York Times, and the Wall Street Journal. She has published over 260 books and articles, and she is a Senior Editor of the Journal of Pension Economics and Finance.

Dr. Mitchell was awarded the FINRA Investor Education Foundation Ketchum Prize; the Fidelity Pyramid Prize for research improving lifelong financial well-being; the Carolyn Shaw Bell Award of the Committee on the Status of Women in the Economics Profession; and the Roger F. Murray First Prize (twice) from the Institute for Quantitative Research in Finance. She was also honored with the Premio Internazionale Dell’Istituto Nazionale Delle Assicurazioni from the Accademia Nazionale dei Lincei in Rome. Her study of Social Security reform won the Paul Samuelson Award for “Outstanding Writing on Lifelong Financial Security” from TIAA-CREF. In 2011, Investment Advisor Magazine named her one of the “25 Most Influential People” and “50 Top Women in Wealth;” in 2010 she received the Retirement Income Industry Association’s Award for Achievement in Applied Retirement Research; and in 2010 Wealth Management Magazine named her one of the “50 Top Women in Wealth.” In 2015, she was named a “Top 10 Women Economist” by the World Economic Forum, and in 2016 Crain Communications named her a “Top 100 Innovator, Disruptor, and Change-Maker in Business.” In 2019, Worth.com named her a “Top 16 Powerhouse Female Economist.”

Previously Professor Mitchell chaired Wharton’s Department of Insurance and Risk Management, and she also taught for 16 years at Cornell University. She served as a Commissioner on the President’s Commission to Strengthen Social Security; a Member of the US Department of Labor’s ERISA Advisory Council; and on the Board of Directors of Alexander and Alexander Services, Inc., the Advisory Board for the Central Provident Fund of Singapore, the National Academy of Social Insurance Board, the Board of the Committee on the Status of Women in the Economics Profession, and the GAO Advisory Board. She also co-chaired the Technical Panel on Trends in Retirement Income and Saving for the Social Security Advisory Council.

Professor Mitchell has visited and taught at numerous institutions including Harvard University, the NBER, Cornell University, the Goethe University of Frankfurt, the Singapore Management University, and the University of New South Wales. Professor Mitchell has consulted with many public and private groups including the World Economic Forum, the International Monetary Fund, the Investment Company Institute, the President’s Economic Forum, the World Bank, the International Foundation of Employee Benefit Plans, the White House Conference on Social Security, the Q Group, and the Association of Flight Attendants. She has also testified before numerous committees of the US Congress, the UK Parliament, the Australian Parliament, the US Department of Labor, and the Brazilian Senate. She speaks Spanish and Portuguese, having lived and worked in Latin America, Europe, and Australasia.

Professor at The Wharton School

Professor of Insurance and Risk Management

Listen to Olivia Mitchell share her ideas and hopes for rebuilding retirement systems post Covid-19. Olivia Mitchell is the International Foundation of Employee Benefit Plans Professor at The Wharton School of the University of Pennsylvania. She has a broad research agenda which includes public and private pensions, insurance and risk management, and financial literacy and public finance.