SSE Art Initiative and Moderna Museet invited artists and economists to discuss cryptocurrencies and the future of the economy, with a specific focus on the artistic practice of Economic Space Agency. 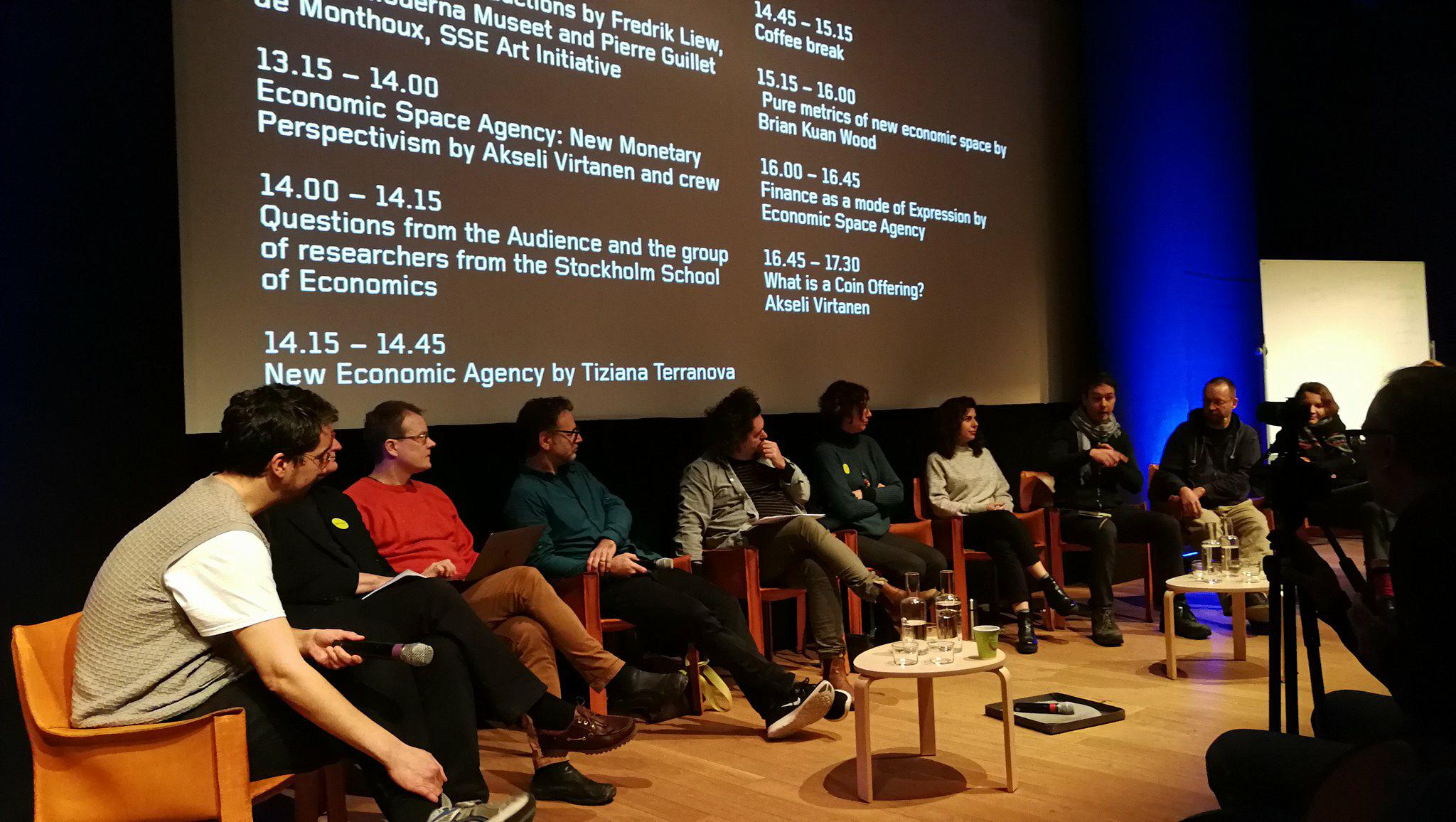 Moderna Museet and SSE Art Initiative invite you to discussions with artists and economists on cryptocurrencies and the future of the economy, with a specific focus on the artistic practice of Economic Space Agency. This conference is part of the exhibition Manipulate the World – Connecting Öyvind Fahlström, and takes place during the final weekend of the exhibition.

Are cryptocurrencies a democratic instrument for future finance, or will they get co-opted by business as usual? What happens if “crypto artists” start dealing in cryptocurrencies? is there any hope for a new crypto art as a vehicle to transform future economies? These are some of the questions that will kick off this day of discussions and lectures.

Öyvind Fahlström’s work “World Bank”, featured in the exhibition Manipulate the World, is closely linked to the theme of the conference. A gold depot is at the center of this staged installation, which is a geopolitical analysis of the world economy from 1971.“World Bank” is contemporary with the abandonment of the gold standard and the emergence of the current financialized economy which has come to define today’s debt relations, increasing the concentration of capital and uneven distribution of risk.

Economic Space Agency is a startup company in San Francisco aimed at democratizing the financial sector. Their innovations in cryptocurrency – i.e. digital, non-governmental currencies such as bitcoin – have been described as “an alternative way of occupying Wall Street”. Their network extends from post-Marxist philosophers and human rights activists to internet innovators and financial anarchists.

Tiziana Terranova is an Italian theorist and activist, whose work focuses on social change in network culture. Since the monograph Network Culture: Politics for the Information Age (2004), she has published her research in numerous articles and essays. Tiziana Terranova is a frequent keynote speaker at conferences on economic and technological activism.

Brian Kuan Wood is a writer based in New York and founder of the digital e-flux journal. In addition to writing profusely about and with various artists, he has been the editor of publications such as “The Internet Does Not Exist” (2015) and “Are You Working Too Much? Post-Fordism, Precarity, and the Labor of Art” (2011).

The researchers from the Stockholm School of Economics focus on changes in the interaction between society and economy in areas including gender, funding, production work, social entrepreneurship, sustainability, consumption, distribution of wealth, profitability, and democracy.

The conference is produced by SSE Art Initiative and Moderna Museet.