A panel discussion on Olafur Eliasson's international project project "Green Light", in collaboration with Kulturhuset Stadsteatern and The Stockholm Act 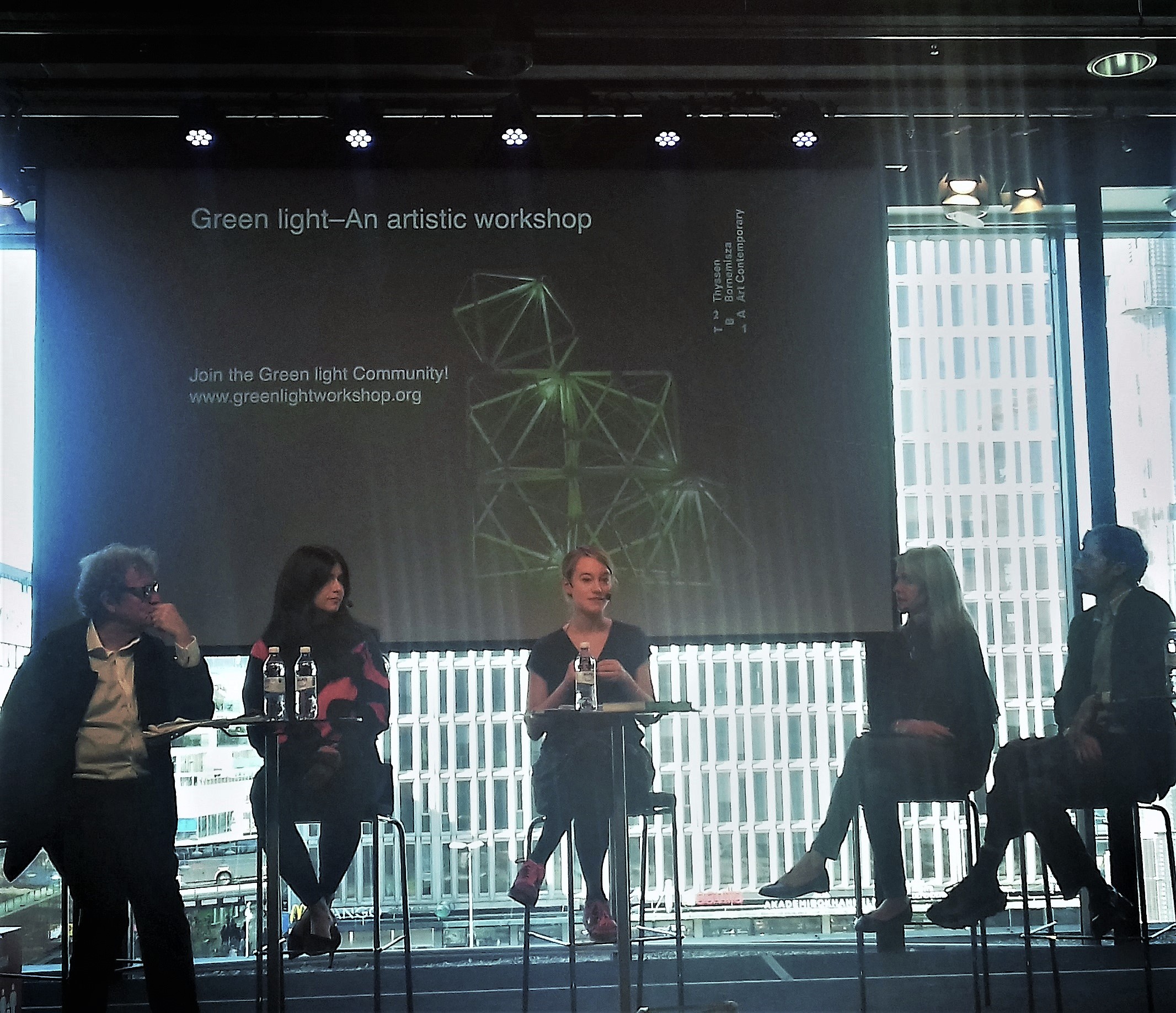 The seminar discussed the Green Light project, which started at Thyssen-Bornemisza Art Contemporary (TBA21) in 2016 and has since been reiterated in two more places - Houston and Venice. A multiple of the Green Light can be viewed in the atrium of SSE, as part of the collection of SSE Art Initiative.

The seminar was made in collaboration with SSE Art Initiative, Misum - The Mistra Center for Sustainable Markets (Misum), Thyssen-Bornemisza Art Contemporary (TBA21), The Stockholm Act and Kulturhuset Stadsteatern.

Statement by the artist:

"Green light is an act of welcoming, addressed both to those who have fled hardship and instability in their home countries and to the residents of the cities receiving them. I am very pleased to be able to present the project at the Biennale Arte 2017. To me, going to the biennale has always been about going deeper into reality, not about exiting reality. Mass displacement and migration are core challenges in the world today, affecting millions of people around the globe. Green light displays a modest strategy for addressing the challenges and responsibilities arising from the current situation and shines a light on the value of collaborative work and thinking."