Systembolaget on Sustainability and Responsible Drinking

Systembolaget held their annual theme lecture which had the topic “Responsible drinking.”

Jennie Cedermark, Offer Developer at Systembolaget, held a lecture about how Systembolaget enforces responsible drinking. Initially the students were asked to reflect over their own drinking behavior. Jennie explained how we often compare ourselves with people in our surrounding in order to evaluate if we are responsible or not. Furthermore, Jennie explained why judging peoples drinking behavior has a negative impact and that enforcing positive behavior will instead lead to a better outcome. Enforcing positive behavior will more likely “nudge” people into more responsible choices.

In order to enforce positive behavior Systembolaget applies four principles when developing their offer. These four are:

Jennie summarized the entire lecture by exemplifying some of the different ways that Systembolaget has enforced responsible behavior. Informing customers how to save un-finished bottles and providing tips on how to be a better host were some of the examples. 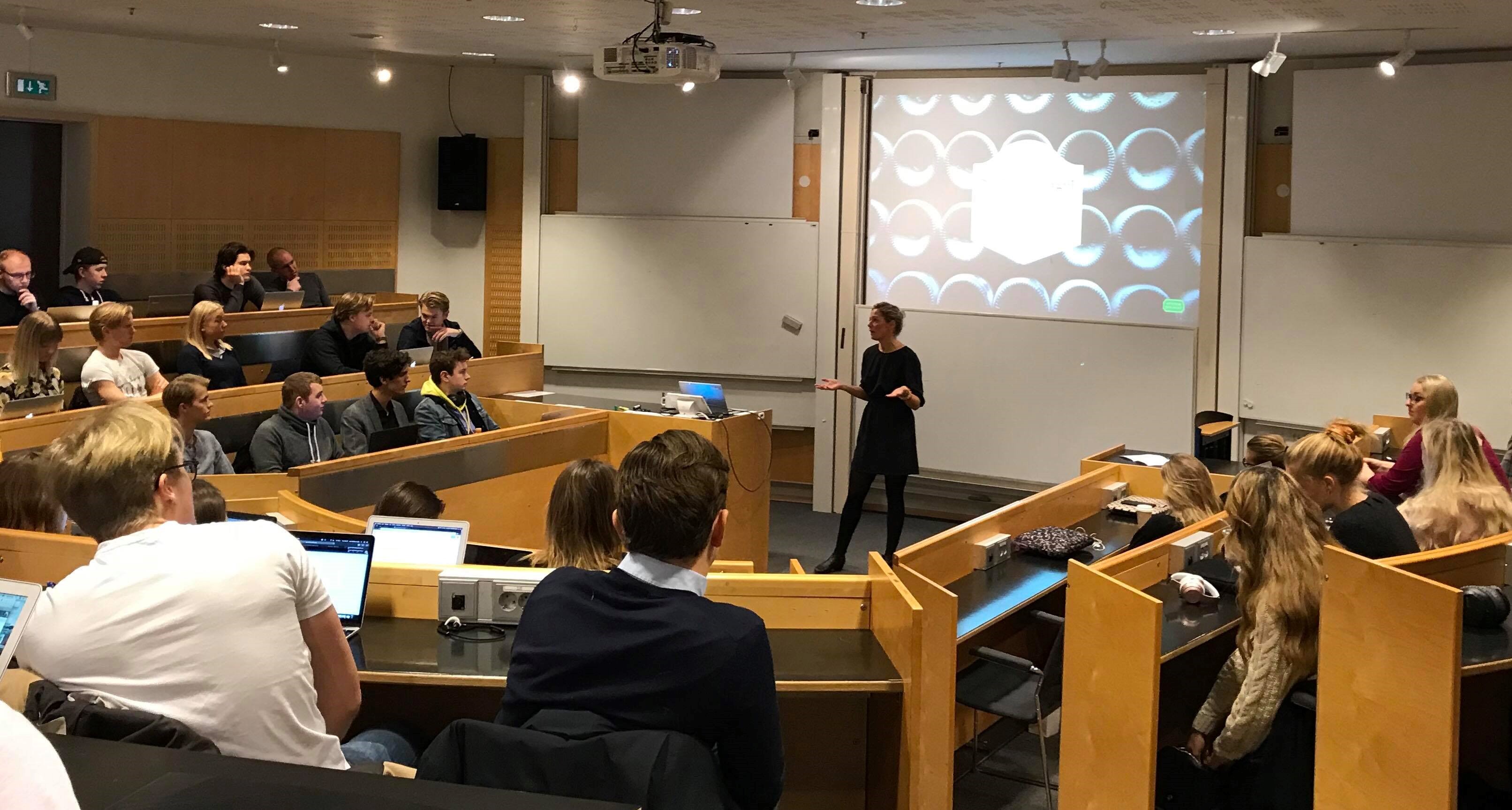