We are in the midst of a climate crisis that requires global collaboration. However, global partnership around climate issues is associated with significant collaboration dilemmas.

To deliver this knowledge to high school students, we have created the Climate Case. The Climate Case is a fun, interactive and educational climate role-playing game in which high school students take part in national and international negotiations, representing different actors and countries. The main purpose of the negotiations is to show the importance of, and the complexity with, global collaboration around climate change. Using a simulator built on global data, the students get to see the effects of their negotiated climate agreement on global warming. Hence, the project mainly addresses three SDGs: climate action, education and global partnership. After having developed the initial version of the game material, we conducted a pilot study by arranging a virtual version of the game. Based on feedback from students and our own learnings from the event, we revised some parts of the game. The final version, consisting of 25 role cards as well as teacher instructions and presentation material, was then completed. The final case material has been distributed to interested teachers. So far, the game has the potential to reach over 1600 students the upcoming academic year. 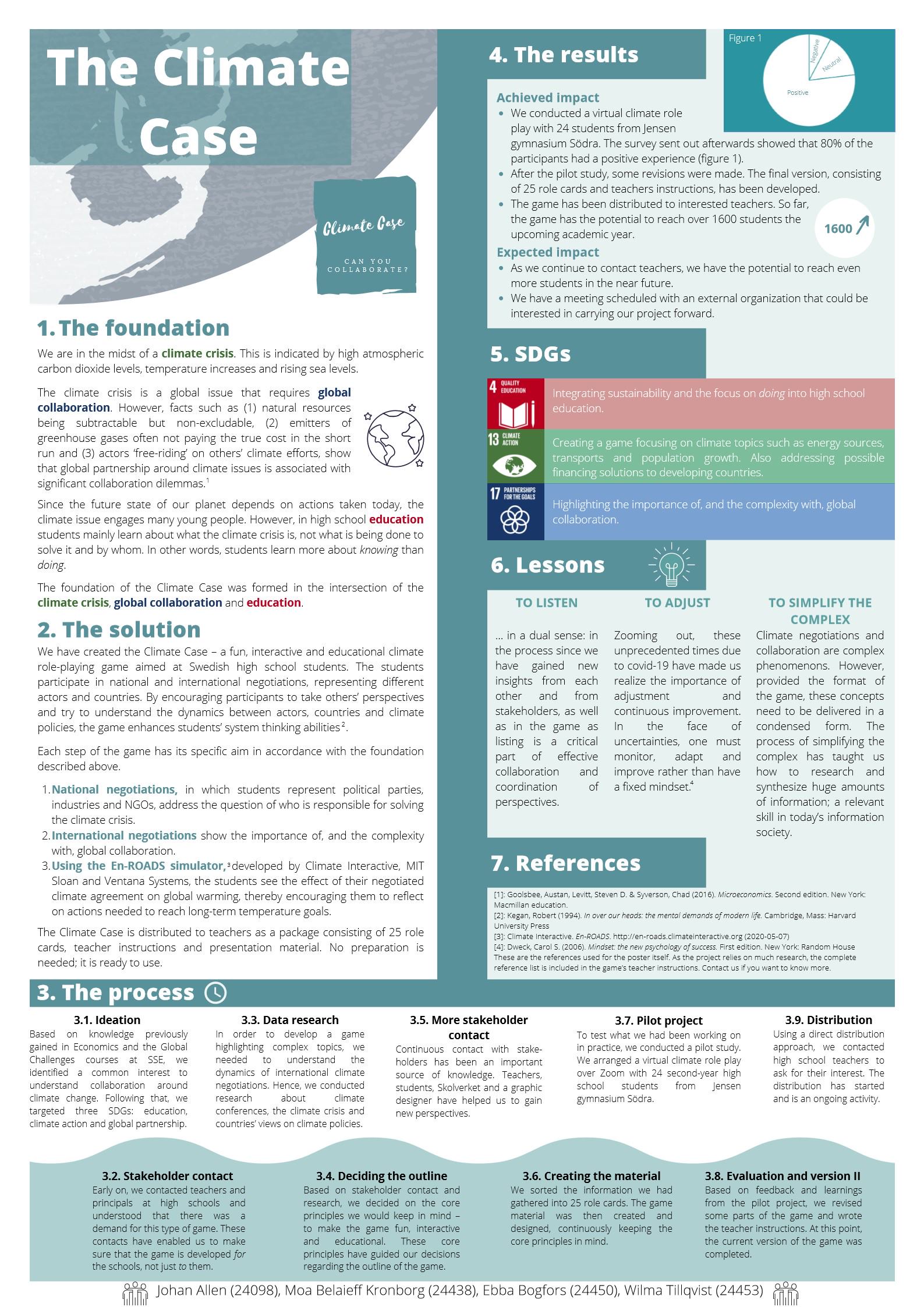