The Corona pandemic has highlighted how vulnerable smaller businesses are. We have seen numerous businesses having to shut down which has led to an unprecedented amount of redundancies and businesses facing bankruptcy.

The risk of bankruptcy extends not only to restaurants, cafés and retailers but also to their landlords, who are facing vacancies and missed payments from their tenants. This is particularly problematic for smaller landlords.

We started to think if there was something that could have been done differently or if there was a way to protect smaller landlords. We tried to think of new ways to minimise the risk for landlords by creating a stable foundation that could be used when times were tough.

The idea is to implement portfolio theory on smaller landlords and thereby imitating the diversification that larger real estate companies achieve by holding larger portfolios of properties all over Sweden. The question we asked was: how can a smaller landlord achieve something similar?

By combining smaller to midsize properties, weighing them accordingly to minimize risk and obtain a stable return, this could work as a cushion through uncertain times, just like the one we are in right now. Hence, this would result in stronger positions for smaller landlords who seek to spread their risk but don’t have the capital needed to expand.

By theoretically testing our idea we’ve found that there’s a way for smaller landlords to achieve a stable return as well as lowering their risk thus giving them a greater hope of surviving economic distress. 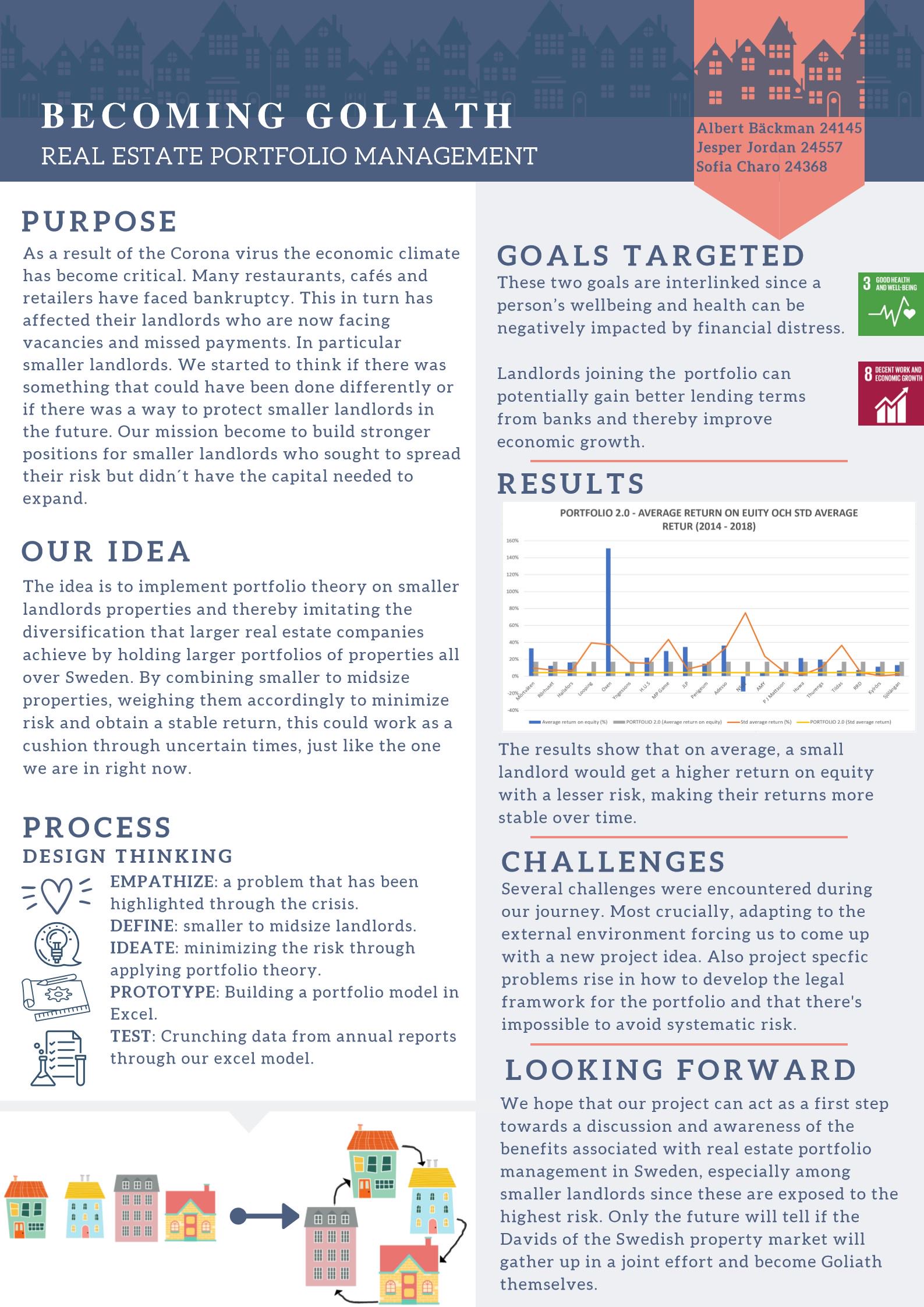