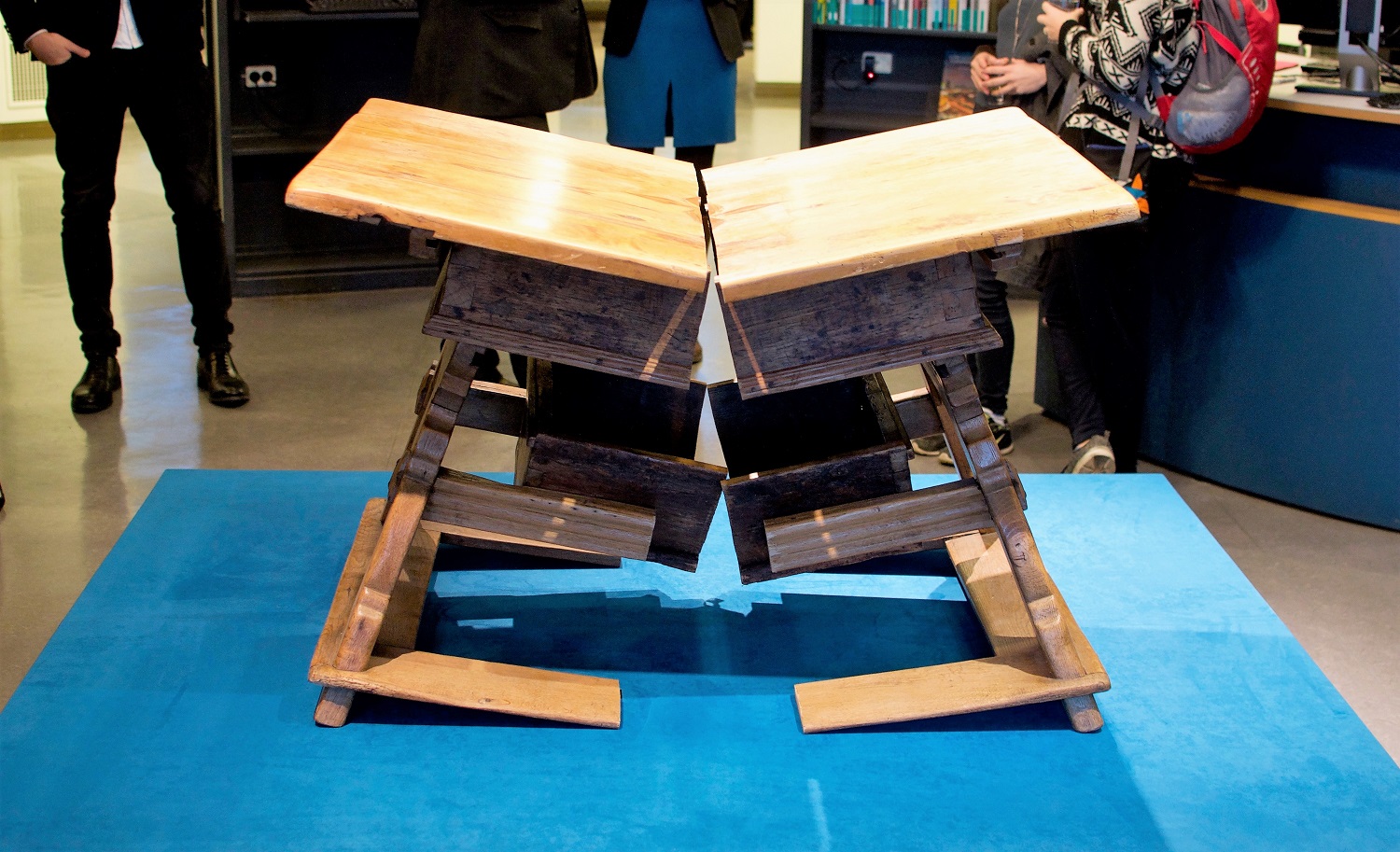 The permanent sculpture Banca Rotta (Switzerland, 17th Century, oak) by artist duo Goldin + Senneby in the SSE library is made possible by a generous donation by Helena Saxon, SSE alumna.

Goldin + Senneby have previously showed works connected to economic transactions and financial systems at SSE. A previous version of Banca Rotta was exhibited in 2016 part of the exhibition Standard Length of a Miracle .Adding Banca Rottato the permanent collection SSE Art Initiative further strengthens the bridge between art and business understanding. This antique money-changer´s table, sawed in half, is an economic memento mori of the dark side of business; failure and bankruptcy.

Banca Rotta reminds us of a dimension that tends to be forgotten and even repressed in an educational milieu focusing on success and progress. In times when this very table was the instrument of trade of a banker bankruptcy meant a definite end; the death of a salesman and ruin of his whole house of trade. Today we take it for granted that “limited liability companies” offer any entrepreneur several lives, and thereby making “limited liability” one of the most fundamental institutions of modern capitalism.