Contemporary Sweden, Historical Dada Art and the Syrian Conflict are among the themes of the spring 2018 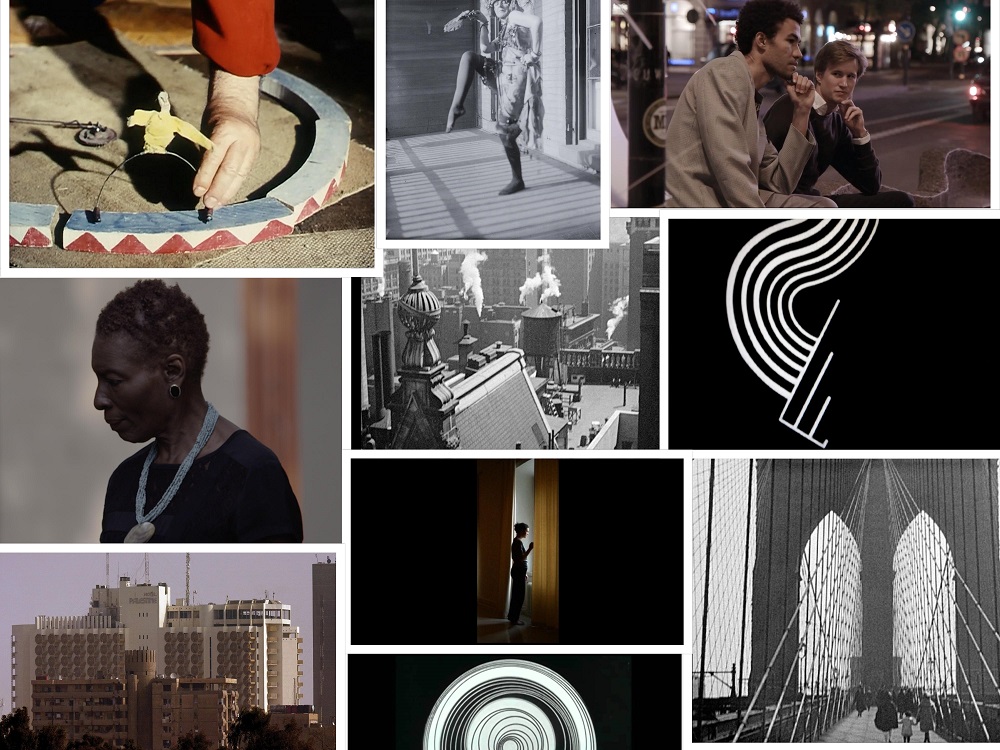 Since fall 2017, SSE Art Initiative has considerably developed its temporary screenings of video art thanks to new generous partnerships in the international art world. First and foremost Moderna Museet has given us the possibility to show unique classics from its art film collection. We opened in the fall 2017 with Paul Strand’s almost 100-year-old portrait of the mecca of modern management and business, New York.

As avant-garde art today should be part of the culture of designing both business organizations and future markets, it was natural to offer an original Marcel Duchamp video to our SSE audience. In parallel to the screening of Anemic Cinema we offered three in-depth presentations of managerial aspects of Duchamp’s entrepreneurship. Duchamp was so well received by SSE that students of Art Division even volunteered to organize a total evening, under the name DADA - the party, full of crazy remakes of Cabaret Voltaire performances in the SASSE Rotunda. Viking Eggeling, the one and only Swedish Dada artist, was welcomed to SSE when we presented his Symphonie Diagonale before the Christmas break.

Enriched by historical energizing from Moderna Museet we have kicked-off spring screenings with Santiago Mostyn´s video work Delay, reconnecting us to our contemporary Sweden in search for new forms of kindness, contact and empathy.  This spring will offer a mix of old and new works, hopefully cross-fertilizing impulses to tackle our world beyond the easily graspable and ready-made templates of economics and social science.

After Santiago Mostyn, the legendary Alexander Calder, a good friend of Duchamp, Man Ray and Picasso, presents his Cirque Calder in a film from the Moderna Museet Collection. What it this guy up to? Well, he directs his mechanical circus as an overaged CEO with bric-a-brac homemade puppets as mechanically performing employees. Is it a charming act of entertainment or a sordid metaphor of leadership dominance?

Next in line, to open on International Women’s day is the film Meshes of the Afternoon by Maya Deren. She presents us with a detective plot staging a mysterious story that after Dada introduces us to another art movement that has an impact on consumer research and marketing, namely Surrealism. Reality and dream hybridize in this work from Hollywood in the 1940s and in a sense resonates with Katarina Eismann work Timewindow on loan from our partner Public Art Agency Sweden and is screened outside the Atrium. This is a contemplative work, or even mindful in its aesthetic. It seems to offer us rest and peace often necessary for achieving change but so difficult to conjure in work environments.

For our next planned screening on the Atrium screen we present a film by the much-praised American artist Arthur Jafa, Love is the message, the message is Death. We show this work through the great generosity of Luma Foundation in Switzerland, that starts its collaboration with us by lending us Jafa’s powerful statement on black existence in today’s USA. As far we know, SSE Art Initiative is the first Swedish venue to show Jafa’s work

Of the two remaining spring screenings, the first, The way they looked at each other by Maria Garcia Torres is a work on generous loan from the Thyssen-Bornemisza Foundation in Austria. Torres delves into the Syrian Conflict transporting us from fiction of news, to the vague terrain of facts and witness in a war zone. Finally we end the spring program with a classic film from the Moderna Museet Collection, Dziga Vertovs cinematic soviet activist work Man with a Movie Camera, an early attempt to forge a new reality from film and turn documentaries into the cradle of new type of organizing. Vertov attempted this long before social media but does his aim differ that much from the attempts of forging truth in today’s digital world?