I worked on several projects where I in various ways used copper printing as an artistic hub for doing paperwork and sculptures. The scholarship has helped me dive into and invest time and money in making more extensive artwork.

I am most interested in the discussion of an ongoing shift, or nuance, from a rather intellectual art ideal to a more physical, poetic and spiritual view of art, where bodily knowledge and intuitive depth in concrete materials or techniques do not necessarily need to be justified politically or educationally. It's nice that I no longer automatically need to feel old fashioned when working with dry needle.

What exhibitions, films and books were important to you and what music did you listen to?

Anna Odell, because she shows integrity, intelligence, and through her way of acting in public, courage and unusual wisdom.

How would you describe the social and political climate that prevailed, and were there any questions or events that particularly affected your work?

There is much to be said about today's political climate, but I would like to mention something about the debate about the so-called "cultural man". When I met my Swedish boyfriend I thought it was good when he nodded and agreed with my relatively moderate feminist expositions. All similar conversations I had had with Norwegian and other men had consisted of a quirky and tiring struggle to even make them want to understand what I meant. After a while, I found that the Swede was not faking, and then I noticed that most of the other Swedish men I met (usually cultural workers) had about the same relaxed and intelligent attitude to the topic. After the cultural debate, among other things, I have got the feeling that many Swedish women are not aware of the rare, precious type of man they have access to here. I cannot imagine that it exists anywhere else on earth, other than as individual specimens. But what do I know – it must be Swedish women who have bred them, I just think they are very busy with the continued breeding work. Certainly, a calm, cool revolution is underway: one that is secure, strong, purposeful. Not so flirty, but still sexy, just like Swedish men. And like many Swedish products, this also will probably enter the world. Here, strictly speaking, there is a minimum of whining that representatives of the female gender are boring, ignorant, self-embracing, feminizing, over-ambitious, lame, lazy, and generally hardworking. This powerful climate where you don't have to go around feeling like a threat to the right masculinity has affected my work situation and my self-confidence. When I moved from Norway, artists were represented by important commercial galleries there, 80% men. Such tendencies are evident here as well, but I still think that in Swedish art life women help themselves, and nice men welcome it. Thank you, you wonderful men who know how to free a woman! (PS. My husband says I'm exaggerating, but I'm not, this is my honest experience.)

When you look back and compare art life now and then, what are the most eye-catching changes?

I work in similar processes as before, though in larger formats, and with a more
experimental and open-minded approach.

Complete list of works in the exhibition by Ellisif Hals 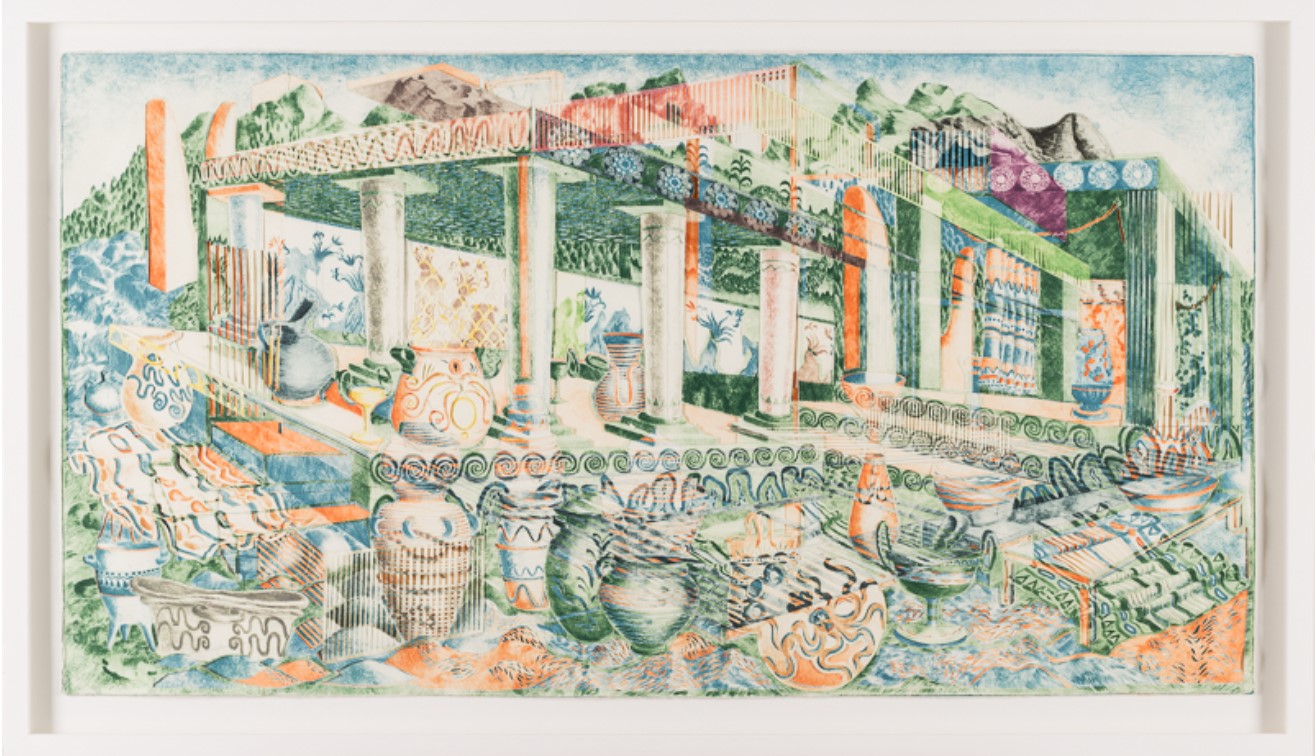