For the third year in a row, the Stockholm School of Economics has named an Alumni of the Year. In 2020, the award was presented to Sebastian Knutsson, who started at the School in 1990 and is the founder of the gaming company King and the creator behind the world-renowned game Candy Crush Saga. 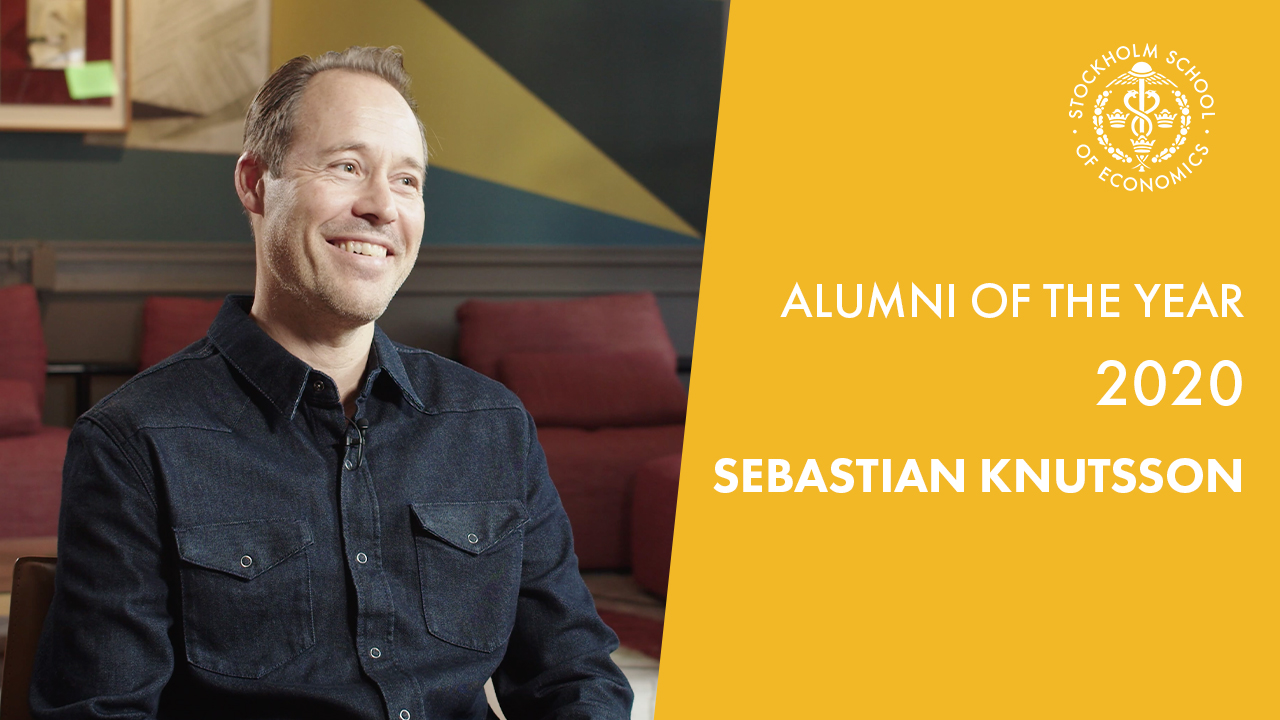 I've had the opportunity through SSE to find my career. It wouldn't have happened otherwise. I started the company (King) with a lot of alumni from the same year, so it's had a tremendous impact on my life. And for that, I'm very grateful.
Sebastian Knutsson, 2020 Alumni of the Year and founder of King

Sebastian Knutsson earned his Master of Economics and Business degree in 1994. He has been involved in founding three large companies and began his entrepreneurial journey as one of the founders of Spray in 1995. He has been highlighted by Dagens Industri as Sweden’s most powerful tech investor. Today, Sebastian is Investment Committee Member at Sweet Capital and Executive Director and Chief Creative Officer at King Digital Entertainment.

Sebastian is a figurehead and a role model to many in the SSE network. He is dedicated, long-term oriented and has an ability to see the world from many different perspectives. He plays an important role in the Swedish entrepreneurial ecosystem and we are proud that he is part of the SSE family. Sebastian is a very committed SSE alum and during his time serving as Chair of the SSE Business Lab Advisory Board, the Lab has taken great steps forward.
Lars Strannegård, President of the Stockholm School of Economics

The distinction Alumni of the Year is awarded to a person, who has a degree from the Stockholm School of Economics and has achieved professional success, contributed to society and supported the School.

Introducing the Alumni of the Year

The future of tech