At the beginning of June, the Center for Sports and Business was invited to the 4th Edition of Swedish Elite Football’s (SEF) Network Arena, a 2-day conference that took place in Berlin, Germany.

From the Center for Sports & Business, Martin Carlsson-Wall (Center Director), Nick Andersson (Director for Internationalisation and Government Relations), Anders Sewerin (Director for Strategy Development), as well as Sofie Sagfossen (Associate Professor) participated in this conference which broke a new participant record for SEF, with over 140 people gathering in Berlin.

The insight from the 2-day conference was that the relationship and benefit of the collaborations between the clubs and the leagues, as well as its strategic partners, has been strengthened, at both the club and league level.

Further, lectures were mixed with inspirational speeches as well as networking. For instance, Swedish Professional Leagues informed how the league works centrally to increase the value of Allsvenskan and Superettan, how the organization has grown over the years and how the league interacts with the clubs. Another topic was the issue of sustainability and the interaction between elite football in Sweden and the public sector. Football is indeed a strong social force that is good for everyone, both regions and municipalities. Moreover, former referee Jonas Eriksson talked about leadership on and off the pitch. 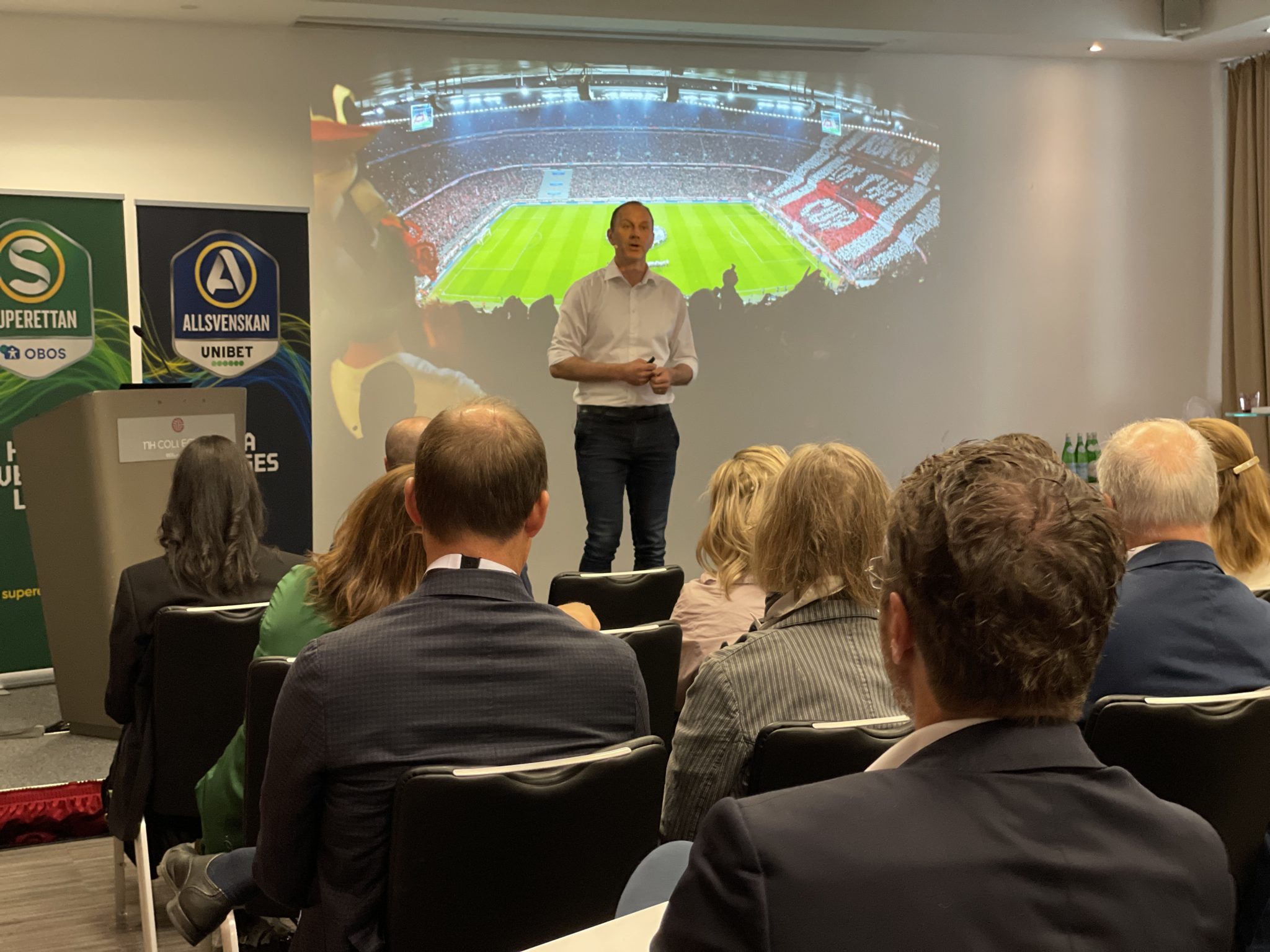 From the Center for Sports and Business, Martin Carlsson-Wall and Sofie Sagfossen spoke to the audience at the Network Arena.

Martin Carlsson-Wall spoke together with Daniel Beiderbeck from the German football club Borussia Dortmund about strategic club development from an international perspective. 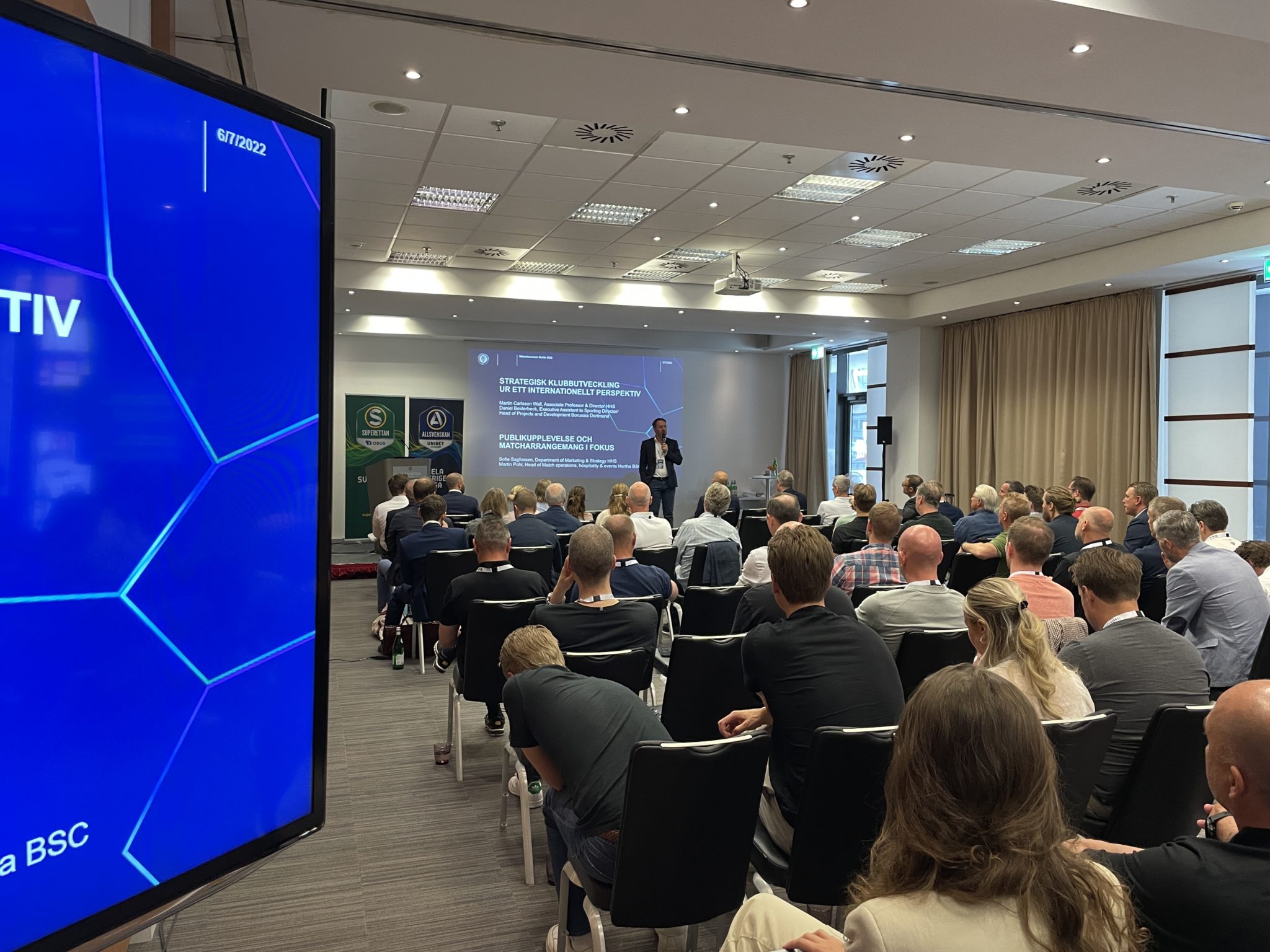 Sofie Sagfossen together with Martin Pohl from the German football club Hertha Berlin raised the topic of fan experiences and match arrangements. 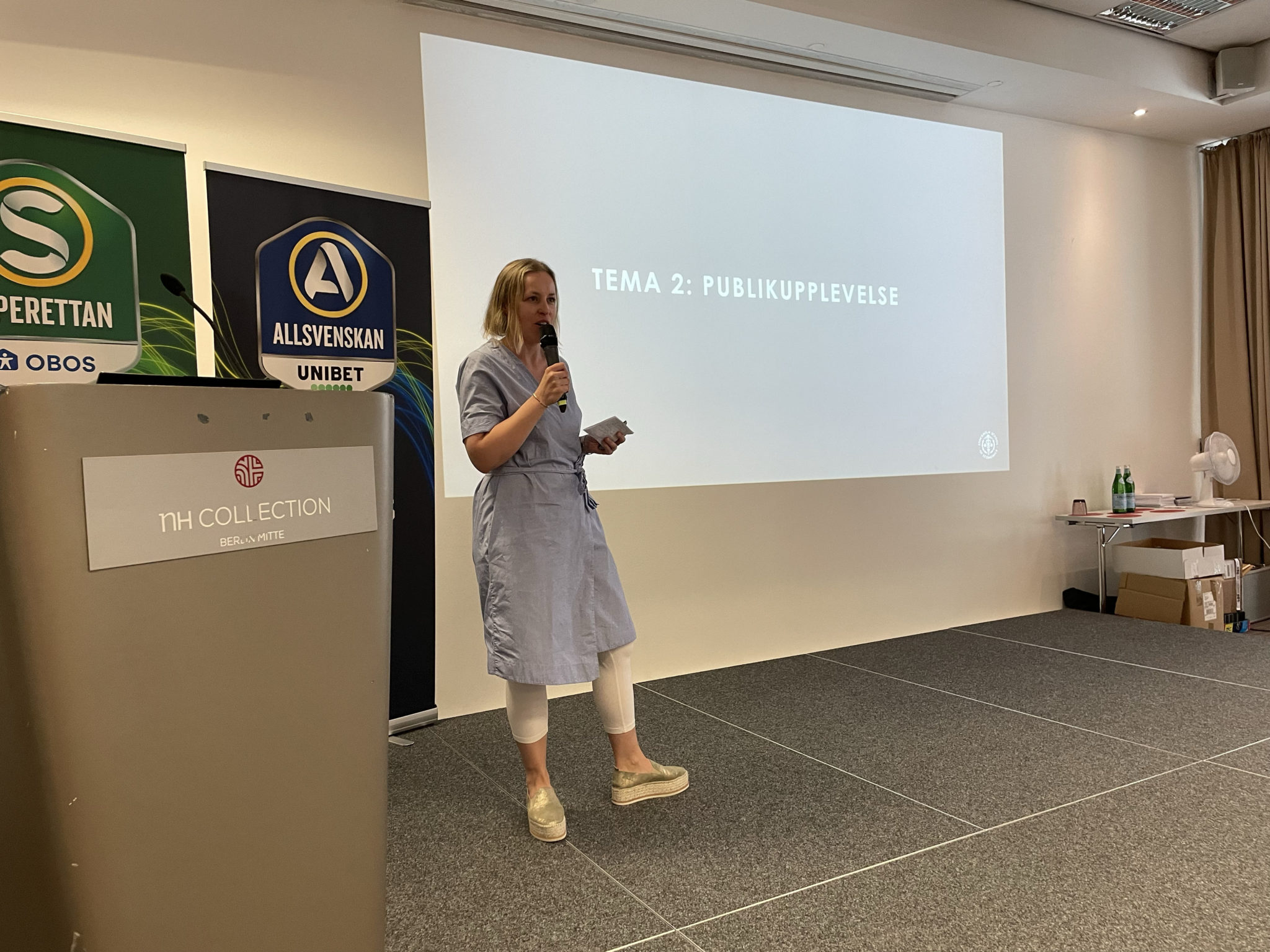 Sofie Sagfossen from the CSB talking about fan experiences at the Network Arena. ©SEF

The last sessions of the conference were devoted to the sport. Patrik Andersson, former national team player and international player in clubs such as Bayern Munich and FC Barcelona, spoke about his football career and the way to his current career within the sports industry.

After the Network Arena was wrapped up, the conference was concluded with watching the UEFA Nations League game between Germany and England. 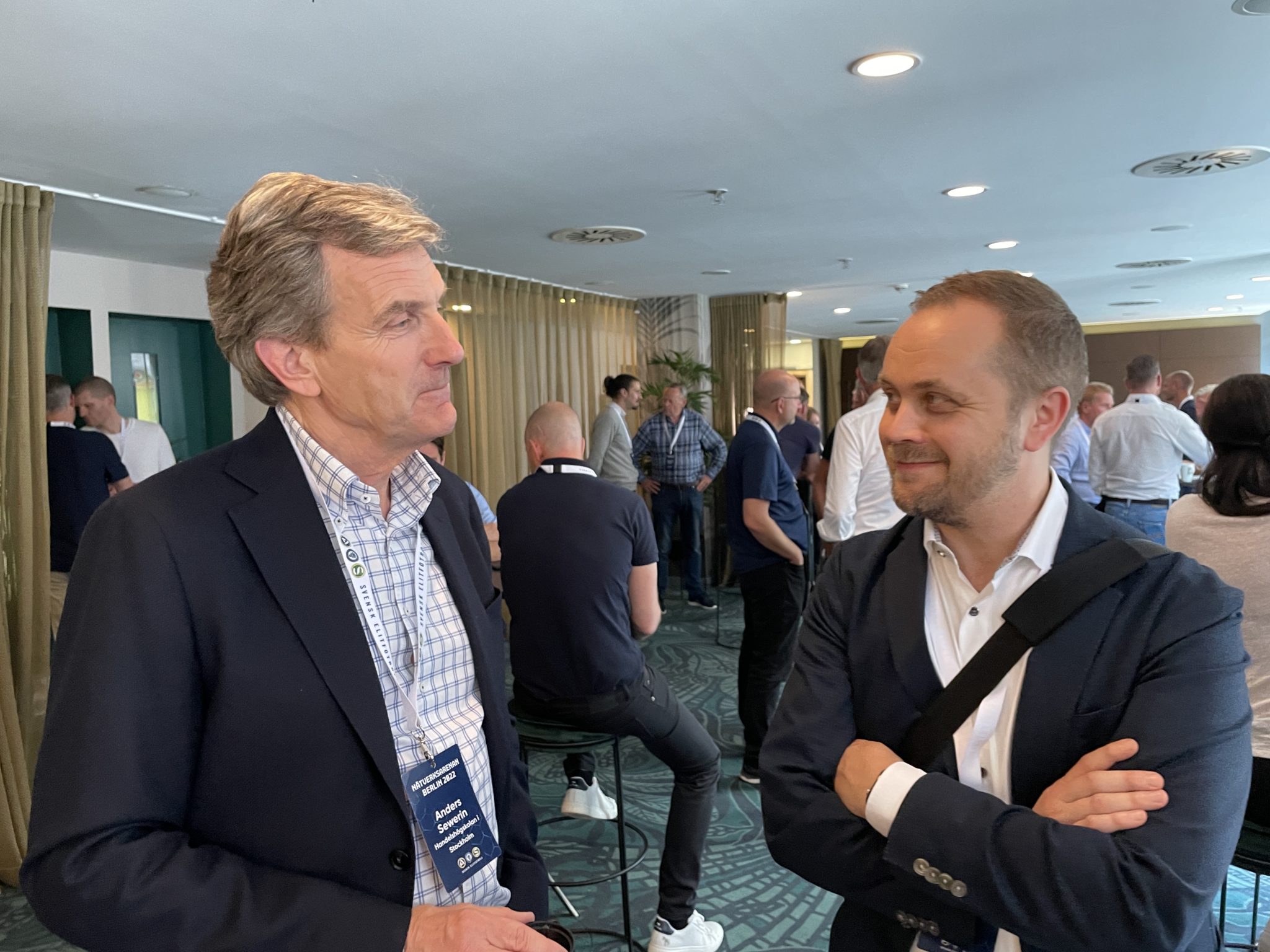 To the left: Anders Sewerin, Director for Strategy Development at the CSB. To the right: Robert Larsson, COO SHL. ©SEF

Reflecting on the event, Nick Andersson (Director for Internationalisation at CSB) said the following:

As always highly enjoyable to attend the Network Arena. The comprehensive network of stakeholders - with representatives from clubs, media, public sector, private businesses, etc. - makes it a must-attend event. While many topics were discussed during the conference, the role of talent attraction was particularly interesting. There is an opportunity for clubs to professionalize by expanding their view of what constitutes talent - from only the players and trainers for performance on the pitch to also include those that work behind the scenes at the club office, ensuring the financial performance of the club.
Nick Andersson
Sports and Business