Aging can lead real interest rates to be permanently and significantly lower in the future and structural change guided by technological progress leads the hourly wage in the goods sector to grow more than in the service sector. This is shown by Andrea Papetti, researcher at the Stockholm School of Economics and economist at the European Central Bank. 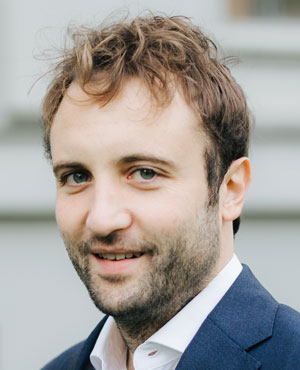 Two key phenomena characterize the development of advanced economies: population aging and the systematic reallocation of activity to the service sector. In his doctoral dissertation “Essays on Demographics, Structural Change and the Macroeconomy”, Andrea Papetti, concludes that demographic change will tend to permanently decrease the equilibrium real interest rate of a magnitude of around 1 percentage point in Europe.

“There are two main reasons: first, individuals live longer and so are willing to save more in expectation of a longer retirement period; second, labor as a factor of production becomes scarcer. Both factors will contribute to making capital more abundant in the economy and so its remuneration, the real interest rate, will tend to be lower,” says Andrea Papetti.

Calibrating an overlapping generation model for the euro area, it is shown that aging exerts a permanent downward pressure on the real interest rate, while only a limited set of structural and policy factors could mitigate this decline.

Meanwhile, given the consumption preferences of the elderly, aging also means that aggregated demand shifts in favor of non-tradable consumption items such as health and personal care services. It is shown that this shift of demand is such that a country aging more than its trading partners tends to have a more appreciated real exchange rate.

Finally, Andrea Papetti reveals that in the process of structural change, technological advances favor a relatively higher demand for high-skilled workers in the goods sector. The wage growth in the service sector has therefore been constantly lower than in the goods sector.

So should we worry about a process where an increasing mass of workers are employed in the service sector that pays an increasingly lower relative wage?
“As long as workers are paid a wage proportionate to their skills and as long as economies are populated by an increasing fraction of high-skilled workers, this process does not seem to be particularly worrisome for income inequality,” says Andrea Papetti.